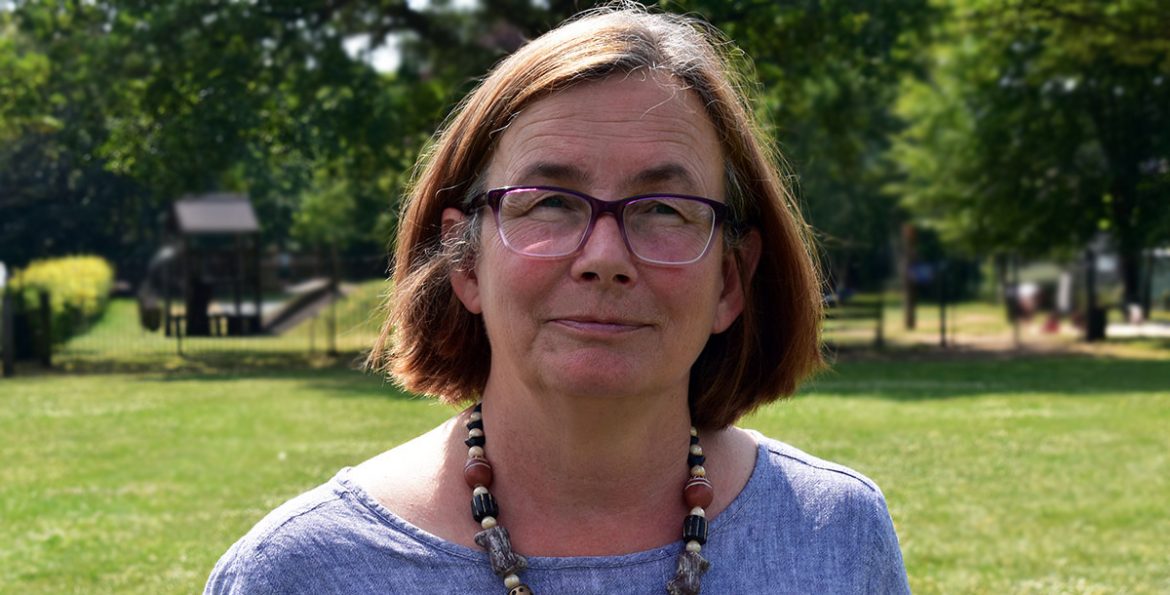 Fiona Vigo Marshall has recently published her debut novel, Find Me Falling, with Fairlight Books. Drawing on a wealth of experience from her non-fiction, poetry and award-winning short story writing Fiona has created incredibly powerful characters in this stunning debut. We’ve asked Fiona a few questions about her versatility as an author and the many things and people which have inspired her new book.

By telling myself stories in my head from a young age. It took quite a while to realise they needed to be translated onto paper, of course. I thought they were just part of everyday life, and the discrimination between reality and fantasy was not always immediately apparent to me. It was quite a relief when – somewhat older – I came across Jorge Luis Borges’ saying, ‘Reality is not always probable, or likely’. Physically, I started writing at the age of twenty-one for a local newspaper in south-east London – a great training in anchorage.

Non-fiction can be very worthy – you need a light touch so as not to patronise the reader, yet the information has to be clearly and accurately presented. The writing persona needs to be lively, warm, preferably unbiased, and trustworthy. In fiction, you can take a grain of reality and spin a fantastical pearl around it. Fiction allows me to reinterpret reality in extreme terms if I wish. You can’t eavesdrop on real life and then report it straight for fiction – that doesn’t work, or not for me. However, make no mistake, in both non-fiction and fiction, writing is graft!

I hope so! When I started out I was covering golden weddings, prize-winning pumpkins and scout jumble sales for the local paper! An excellent grounding for a writer. Now I take more liberties – I like to push language a little to see how far it will go. I allow myself to use adjectives, for example.

What inspired you to write Find Me Falling?

The emptiness of the sea, the light on the waves and the incredible skies off the south-east coast of England.

If you could describe Find Me Falling in one word what would it be?

The driving force of the book seems to be the interaction between Bonnie and Dominic. Who did you find easier to relate to and write for?

Both swarmed up from deep inside the psyche so it was a case of going within and attending. They were always a sentence or two ahead of me. They were a very demanding pair and it was sometimes a harrowing experience to write about them.

The descriptions of the landscape and the sea in the novel are extremely striking. Was this inspired by any place you’ve visited or is it the fruit of your imagination?

Living on the south-east coast of England for ten years was undoubtedly an influence  – ‘cette Ile desolée de Thanet,’ as Dickens said. Desolate is the word – a healthy but forlorn place to bring up children, which is what I was doing down there. Otherwise there was little to do and few people to talk to. One was forced to look at the sea and think. That stayed with me. My characters are still there, too, I’m sure, walking around.

How much research was involved in the writing of the book, especially for its epilepsy elements?

Quite a bit of disparate research was involved, from the daily routine of a street cleaner to brain surgery. For years I read everything I could get my hands on about epilepsy. At one point I had access to an old local medical library that had been neglected for years, which had several faded hardback tomes about neurologists of the past – fascinating. Back in London, and with a slightly more modern approach, I also did some non-fiction writing on the topic.

How generous people are in their willingness to share in it. Rejections are a fact of life, but in a way, the opposite process is much more mysterious. One beavers away as a complete solitary on an unlikely project – then suddenly, these friendly souls arrive like magic, wanting to read it. It’s a surreal process, one I don’t understand but am profoundly grateful for.

A sense of alternative realities and maybe a touch of compassion for the broken.

Lawrence was my favourite author from the age of seventeen and a deep influence for many years, despite his silliness and naivety about women, and the execrable writing he produced after he lost touch with his roots. I still have a shelf of DHL – like any old friend, he can be exasperating, but when he’s at his best, as in describing a windy English spring, he’s one of the life-givers.

Do you have a pet peeve when it comes to writing? Something you notice yourself doing or something you pick up in others’ writing?

Writing in the present tense. A shame, because the whole of Find Me Falling is in the present tense! In the future, all my writing will be properly in the past! More generally, Seamus Heaney said that the gift of writing is to be self-forgetful. I think it’s good to have that in mind.

Coffee and silence. I sometimes use a long playlist of modern Andean folk music, or a soundtrack of storm sounds.

First thing every day if I can, from around 7am. I rarely do more than three hours – after that, it’s gone. Some days I have to give up. D.H. Lawrence says, ‘Don’t write if you’re out of mood. Don’t force yourself. And wait for grace.’

In bed on my laptop, and occasionally on the seafront or in seaside cafés.

Start small with flash fiction to build confidence – there are so many outlets. Keep a record of your submissions. And be true to yourself.

Find Me Falling is out now. Place your order by following this link.