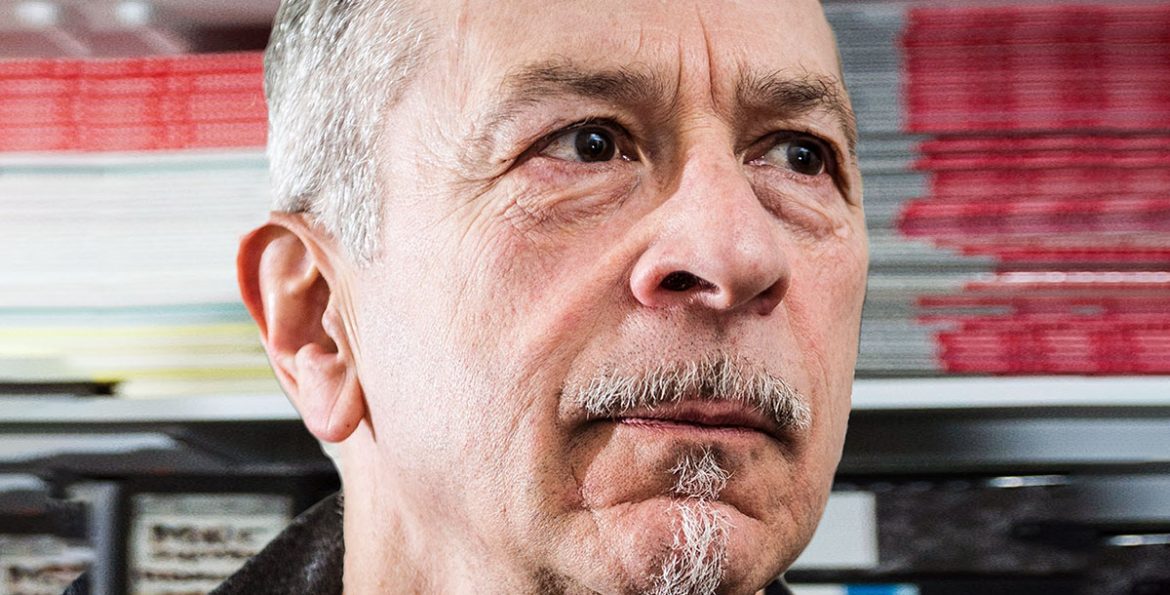 Anthony Ferner is the author of Inside the Bone Box, one of the novellas in our Fairlight Moderns series. In addition to his academic articles and monographs, this will be Anthony’s second novella. We have chatted to him about his writing career, the research and inspiration behind Inside the Bone Box, and much more.

Sometime in the early 1990s, a friend and I decided to write feature film scripts. We wrote several. Nothing ever came of them, but learning how to craft them was a valuable apprenticeship for writing fiction. Maybe twenty years ago, I twigged that the chances of getting a script made into a film were virtually zero, so I started on novels instead.

Not really. I wrote stories as a kid, then barely anything more until my forties. From about the age of thirty I felt the need to do something creative alongside my academic research job. For several years it was art. Then I ran out of artistic ideas and turned to writing.

How is academic writing different from working on your own fictional writing?

Academic writing is highly structured. I always used to say to my graduate students: in the introduction, tell the reader what you’re going to do. Then do it. And conclude by summarising what you’ve just done. Some creative writing – e.g. film scripts – shares a lot of this highly structured approach: the classic three-act structure, and so on. But fiction I find more flexible. Rather than telling the reader what you’re going to do, you often want to conceal your true intentions, and make sure the nuts and bolts of your fictional techniques are not too visible. Whereas in academic writing everything is (should be) spelled out and transparent, including your methods. In fiction, you also want stuff to be going on ‘under the surface’ – the deeper themes, if you like – and there’s no real equivalent to this in academic writing.

But I did learn basic writing discipline from my academic work: the need for structure and flow, the idea that one element should be linked to the next, the overall ‘arc’ of the story you’re telling, the notion that you’re trying to communicate ideas to a reader. 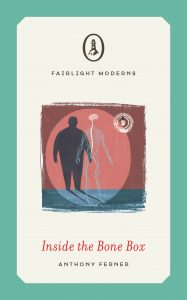 Why did you choose Inside the Bone Box as the title of your story?

At one point in the story, Anderton’s anaesthetist Bhattacharya teases him by saying that it’s important to be aware of the world around you, not just the microcosm of your professional life, ‘which in the case of a neurosurgeon is the inside of a dark bone box’. So at one level, operating inside the dark bone box of the skull is literally what a neurosurgeon does. I think the bone box is also a metaphor in the book for the ‘trappedness’ of family life and particularly the fraught relationship between Anderton and his wife Alyson. She feels the emotional strains of the marriage as if they were analogous to the pressure that builds up inside an injured brain: untreated, the pressure cannot dissipate, other than by causing catastrophic damage.

If you could describe Inside the Bone Box in one word what would it be?

How and why did you choose to write about a neurosurgeon?

I initially wanted to write about obesity – in retrospect, a sort of indirect homage to a friend of mine who was obese (although my main character is not based on him in any other respect). I wanted to try to see the world through an obese person’s eyes, as it were. But it’s also important for me that the characters in my fiction do something, i.e. have a job and a worklife that is significant for them and helps shape who they are. It wasn’t difficult for me to make my protagonist a neurosurgeon. I’ve always found the brain an interesting subject. The sheer strangeness and diversity of human behaviour that it gives rise to on the basis of electro-chemical activity in neurons is staggering. I remember being very struck by the case studies in Oliver Sacks’ The Man Who Mistook his Wife for a Hat, and by the various accounts of the effect on normal functioning of damage to different parts of the brain. More prosaically, my siblings are both medics, my sister a neurologist. So I have a supply of technical advice on tap.

Your novella is narrated through two distinct characters: the neurosurgeon and his wife. Was one of the voices closer to you?

I’m not sure if one of the voices is closer to me, though I suppose Anderton’s is. I started out with his voice. Alyson’s followed soon after, in reaction to his existence, if you like.

I chose to give Alyson a voice because I wanted to explore family relationships as well as work ones. In my first novel, Winegarden, I only had the voice of the protagonist – his wife features centrally, but is seen only from his point of view. I felt it would be wrong to deny Alyson her own voice. It was also a challenge to write from a woman’s point of view, particularly one as damaged as Alyson.

How much research was involved in the writing of the novel, especially for its medical/surgical elements?

My main research was to read the memoirs of neurosurgeons and other medical professionals. Some were finely written, others less so. But all were highly informative as to the technical aspects of the work, and – consciously or not – as to the mindset and psychology of the surgeon. For the technicalities of brain surgery, I intended to observe live operations, but for one reason or another was unable to follow through on that. So I had to rely heavily on the YouTube videos that neurosurgeons post of their operations for training purposes. These videos provided the visual information I needed to imagine my way through an operation.

What do you hope people take away from reading Inside the Bone Box?

I hope people enjoy the story and the telling, obviously. That they engage with the characters, even if they don’t always like them. That they appreciate the rather dark humour in the book. But I also hope they take something else away, something that lingers in their mind, nags away at them. Maybe something about the oddness of all this – one’s whole experience of the world, one’s loves, aspirations, disappointments, one’s memories, one’s sense of oneself – and how it all goes back to the mysterious three-pound lump of jelly with its fizzing electro-chemical activity, chugging ineffably away inside its dark bone box.

It’s a way of expressing things that you can’t otherwise express, and that you think may be worth sharing with others. It’s also a way of dredging through the morass of your life experiences to find interesting patterns and themes you didn’t realise were there.

The need to be sympathetic to one’s characters, to try to understand them, even the less agreeable ones.

Since I retired from my ‘day job’ four years ago, I’ve tried to maintain a schedule of writing at least for a few hours each morning. Within ‘writing’, I include all the stuff that goes with putting words on paper – including research, editing, sending work off, and so on. I’m not one of those writers who feels you have to write X-hundred words a day. Having said that, I get edgy if too much time goes by and I’ve not written anything new.

I’m irritated by my inability to spot and eliminate passages of bad writing in my own drafts, even through many re-readings.

I sometimes like playing Indian raga music (like Anderton). When I’m writing, its hypnotic rhythms can help the fingers skim over the keyboard.

Stick with it. I was writing for twenty years before I got anything published. Sheer bloody-minded persistence is possibly the ultimate writerly virtue.

Inside the Bone Box is out now. Place your order by following this link.