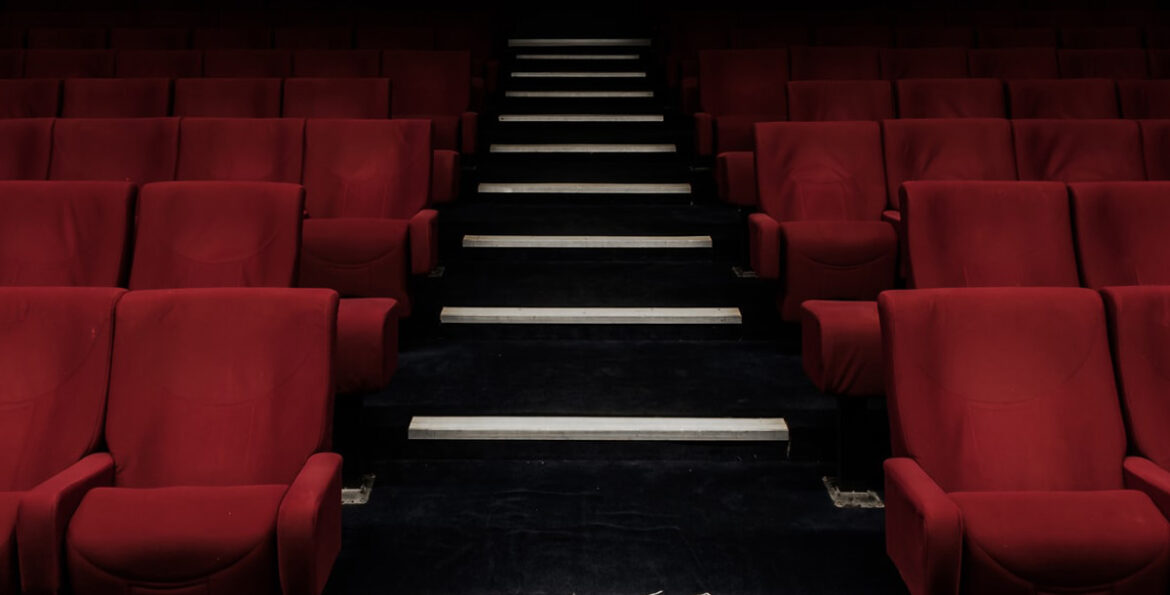 Each week, we pick a short fiction piece from our Fairlight Shorts archives to feature as our story of the week. This week, we’ve chosen a story about history by Kate Baker.

Kate Baker lives in Suffolk with two of her biggest fans: her husband and her miniature daschund. Adult children frequently reappear at the farm for meals but know they’re more likely to find their mother typing than cooking (or in her barn workshop repairing horse rugs for clients at her sole-trader business).

Kate wrote terrible holiday diaries as a young teen, which her husband insists she read out loud on regular occasions for entertainment. After many years of no writing, she has recently renewed her love of storytelling, and, in the last three years, has typed two full manuscripts which are waiting to be turned into something readable. Her love of writing short stories is something she has been working on during the pandemic.

‘The Projectionist’ follows a man trying to save a community building.

Frank hadn’t thought about killing anyone for forty years. Not since he’d closed his left eye and looked down the barrel of his Lee Enfield. But sitting in the dark, the projectors’ hum silenced forever, snapshots of an enemy halted gathered behind his eyelids like a gallery of police evidence.

He rubbed his face and smelt the acetate’s chemicals embedded in his skin. A career spanning more than half a century as the cinema’s projectionist yet he couldn’t save the place from the ravages of time and weather. A man from the Council, wearing an ill-fitting suit, had spent the day before walking his way through Frank’s lifetime of endeavour, inking ticks and crosses on a form which would decide the building’s future. A tyrant in paper form. A man intent on gaining power at any cost.

The opposition in the Suez Crisis had been less obvious. Bullets and fear had rained into camp some nights; darkness illuminated only by fire and retaliation. They’d named their khaki tent the Desert Palace. It kept out most of the dust and some of the scorpions. Joan’s photo and smile pinned to the canvas wall. His first and only love. The love who would wait for his return, the love who would give him a son they called William. The love who would spend her nights by William’s bed when his whooping cough got so bad it turned to pneumonia.

He stood, ignoring the pain in his hip. Age was no hindrance to grit. There must be something he could do. The town was full of folk who loved the heritage of their oldest building. Generations had enjoyed in turn, jive-dancing in the fifties, live music in the sixties, then cinema from the seventies. They would not see it demolished. He touched the back wall of the building. There was no denying a trace of damp silently eating through decades of paintwork. The sea air had a way of securing its way in.