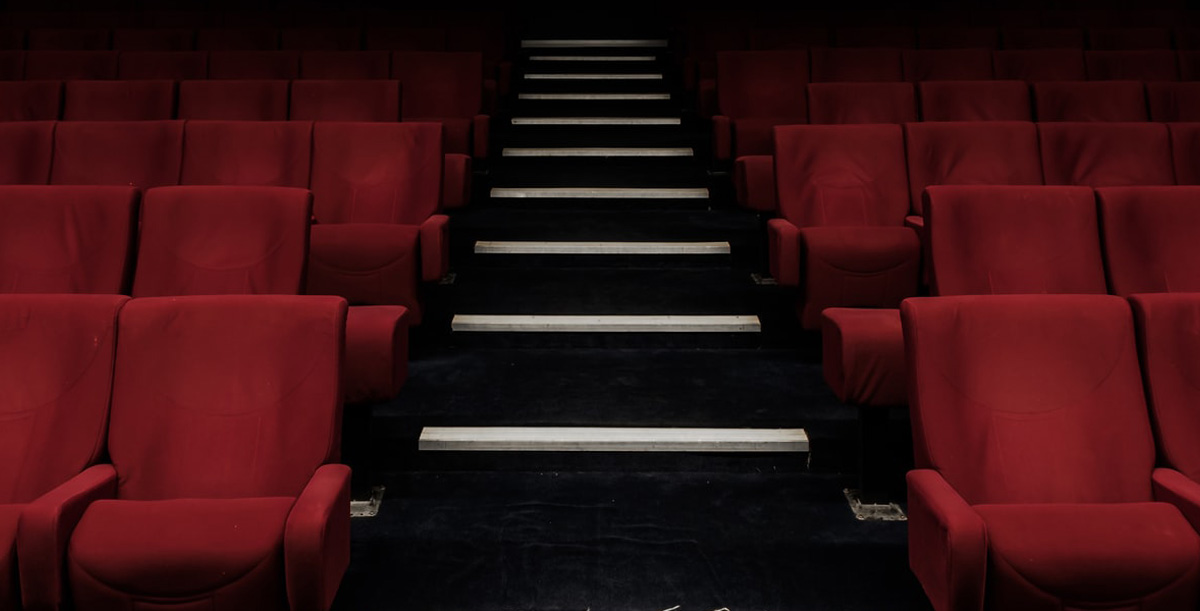 Frank hadn’t thought about killing anyone for forty years. Not since he’d closed his left eye and looked down the barrel of his Lee Enfield. But sitting in the dark, the projectors’ hum silenced forever, snapshots of an enemy halted gathered behind his eyelids like a gallery of police evidence.

He rubbed his face and smelt the acetate’s chemicals embedded in his skin. A career spanning more than half a century as the cinema’s projectionist yet he couldn’t save the place from the ravages of time and weather. A man from the Council, wearing an ill-fitting suit, had spent the day before walking his way through Frank’s lifetime of endeavour, inking ticks and crosses on a form which would decide the building’s future. A tyrant in paper form. A man intent on gaining power at any cost.

The opposition in the Suez Crisis had been less obvious. Bullets and fear had rained into camp some nights; darkness illuminated only by fire and retaliation. They’d named their khaki tent the Desert Palace. It kept out most of the dust and some of the scorpions. Joan’s photo and smile pinned to the canvas wall. His first and only love. The love who would wait for his return, the love who would give him a son they called William. The love who would spend her nights by William’s bed when his whooping cough got so bad it turned to pneumonia.

He stood, ignoring the pain in his hip. Age was no hindrance to grit. There must be something he could do. The town was full of folk who loved the heritage of their oldest building. Generations had enjoyed in turn, jive-dancing in the fifties, live music in the sixties, then cinema from the seventies. They would not see it demolished. He touched the back wall of the building. There was no denying a trace of damp silently eating through decades of paintwork. The sea air had a way of securing its way in.

The next day, from sunrise to dusk, Frank and his army put forms of their own through every letterbox in the town. The Post Mistress had agreed to make as many copies as was needed and had worked through the night.

‘They want to what?’ exclaimed Mrs Myrtle in the end cottage near the harbour.

‘I read about this in the papers.’ Grumbled Mr Smith, one of the three local fishermen who still took a trawler out into the estuary on cold mornings to bring the town fresh produce from the North Sea.

‘Can they do that? Just take it away?’ asked Sally, who ran the children’s early years nursery and insisted everyone be on first-name terms.

‘Did I hear that’s where you got married, Frank?’ Jim, the harbour-master, asked.

The Vicar had arranged to marry the couple on the stage of the cinema. The whole town had turned out to mark the occasion of one of their sons, not only returning from a campaign in the desert, but to marry his sweetheart whom he had met four years before when they’d both started working there.

On the third day, as the sun rose over the rooftops, troops of support started arriving outside the century-old Electric Palace. A uniform not of one colour, but a rainbow army of young and old, dressed in tweed, lycra, wool and fleece. Boots and trainers marched from all corners of the town and a regimented line began to form around the perimeter of the tired theatre.

Frank thanked every person in turn, shaking their hands, touching the childrens’ shoulders. The father and son from the butchers who came every Saturday to watch a matinee after they stopped serving.

He shook hands with the butcher. ‘Good to see you here, John.’

‘Nowhere else we’d rather be, is there, son?’ he said and put his arm around the younger version of himself.

Local reporters turned up to ask questions and to tap on iPads. Cameras snapped and lenses lengthened. By eleven, flashing blue lights bounced off buildings which stood sentinel as guardians might an ageing film star. The crowds had grown and swelled through the small roads of the town which nestled on the coast. Seagulls preened and stamped their feet on the rooftops. Police perused and talked, reassured and waited.

The Council sent the man in the ill-fitting suit.

‘What are you doing?’ he said to Frank, his clipboard pinned against his chest like plastic body armour.

‘Showing you that you’re wrong.’

Frank stepped forward and the Council man stepped back, delivering the same lines he’d quoted in the newspaper. ‘We have to move with the times. This end of town needs a supermarket and this is the best place for one. It’s simple economics.’

Chanting travelled along the human chain of protection like a wave. The Council man wiped his forehead with a handkerchief which had once been white but looked like it had given up trying.

An outside broadcast van arrived and sent up its antennae towards the midday sun. Local news showed roused townsfolk, their backs shielding the cinema’s crumbling exterior, and the story made the front page of the Nationals. The people had spoken.

The man with the clipboard admitted defeat and a week later brought Frank a new form to sign, his face blank of emotion, but smothered in beads of sweat. A community venue with a ten-year deadline. They would have to repair the building themselves, he said. Raise their own funds and make it viable.

The man from the Council walked around the front of his car. ‘Ten years and then you’ll be out.’

‘We’ll see.’ replied Frank and went back in through the door with Sixpence embossed across the top. He would make sure the Electric Palace survived and thrived. It had been more than a place of work. It had been his life, his and Joan’s. William would have taken over from him, of that he was sure. And, in his son’s memory, Frank would fight his final battle. The deaths of war were too many. Films and stories were what people truly lived for, be it their own or that of others.

The only way up to the projection room was the metal ladder on the outside of the building. Frank knew every dimple in the paint on every rung and climbed it now with warmth in his heart. He’d lost everything dear to him, but not the bricks and mortar. And though them, he could be with Joan.

He closed the soundproof door behind him, and with it the screeches of gulls ceased. He switched on the nearest projector and a familiar hum filled the small room from which dreams were delivered. He slowly and carefully wiped the surfaces, checked the lamp, adjusted the leads which snaked across the floor. The multiplex twenty miles away had donated the two Kalee projectors to the tiny cinema by the sea, with speculations they’d last him a decade. That was thirty years ago. Still they played for him and shared the windowless room at the highest point of the building.

He allowed himself the memory of Joan in her usherette’s uniform, knocking gently on the door before delivering him that cup of tea, the first of many. She’d been just sixteen. Weeks later, he’d cupped her face in his hands and kissed her, right there in his tiny castle turret, and made her giggle. You’ll mess my hair up, stop it! He had allowed William, aged eight, to spend time there with him. Had taught him how to rewind the twenty-minute films and store them in the correct order ready for the next showing. That was before the pneumonia had stolen him from their lives and left them stricken with grief.

He found the spool with torn holes where metal teeth had carved into the acetate over the years. It would play one more time. He lit the screen below and searched the empty seats welcoming the fizz of excitement tinged with heartache.

He watched as she turned her head to the left, saw the earring swing and bounce against her neck. Held his breath because he knew what came next. She leant across to the young man sitting next to her and kissed his cheek. A lifetime ahead of them. A child to make. Each other to nurture. ‘Age is no hindrance to grit,’ he whispered down through the small square window.

The short film came to an end. Frank rewound the tape until its tail flack flack flacked against the machine. He laid it back inside the tin and kissed the black and white photograph taped to the lid, sand forever engrained in its surface.

We’ve saved our Palace, my love.