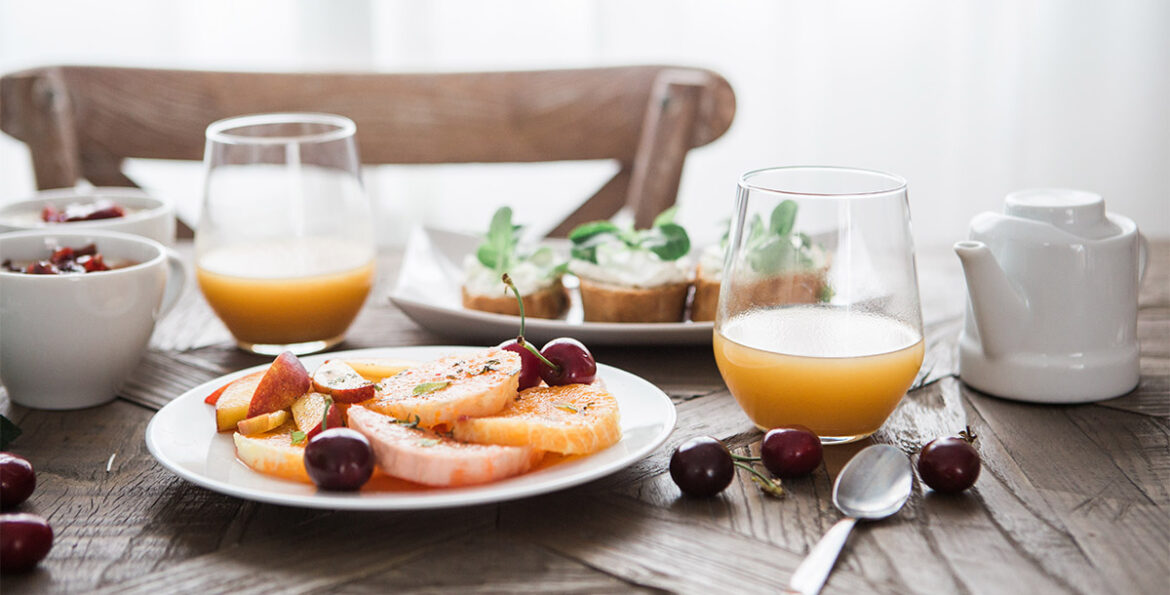 Each week, we pick a short fiction piece from our Fairlight Shorts archives to feature as our story of the week. This week, we’ve chosen a story about rules by Rachel Beresford-Davies.

Rachel started writing about ten years ago, after entering a short story competition for parents run by her children’s school. She was pleasantly taken aback, both by winning the competition and by how much she enjoyed weaving her story from an everyday event. She has since been published on the short story websites ‘Literally Stories’ and ‘Words for the Wild’ and in the print anthology ‘In the Kitchen’ published by Dahlia Books.

‘The Plate Policy’ follows a hospitality worker tasked with enforcing a strict rule, despite unwilling customers.

Above all else, maintenance of the Plate Policy is critical. It is imperative not only for the smooth running of the breakfast service but also in setting a moral standard. When moral standards are allowed to slip in any group of individuals thrown together through necessity rather than choice, it brews unrest and, ultimately, rebellion. There will be circumstances that test adherence to the Plate Policy; nonetheless, it must be maintained.

The Policy in practice: three nights of rain in September 1988.

That first night the rain fell in metal rods, ricocheting off the sloping Velux windows which ran the length of the guest house and topped the previously dungeon-like attic rooms, allowing them to be flooded with natural light. And, as it turned out, sound.

Four of the nine bedrooms in the Victorian seaside guest house had been retro-fitted, and in the extension another five ‘Executive Rooms’ enjoyed the light-giving windows. None lacked a heaven-facing eye. From the front the hotel was no different to the identical stately residences surrounding it, and proudly thrust its chest out at the English Channel with its neighbours. Inside, though, dusty corners had been banished and once shadowy corridors basked in luminous daylight, and the hotel owner marvelled at how clever he had been to install Velux. In the ceaseless quest for natural light, he was victorious.