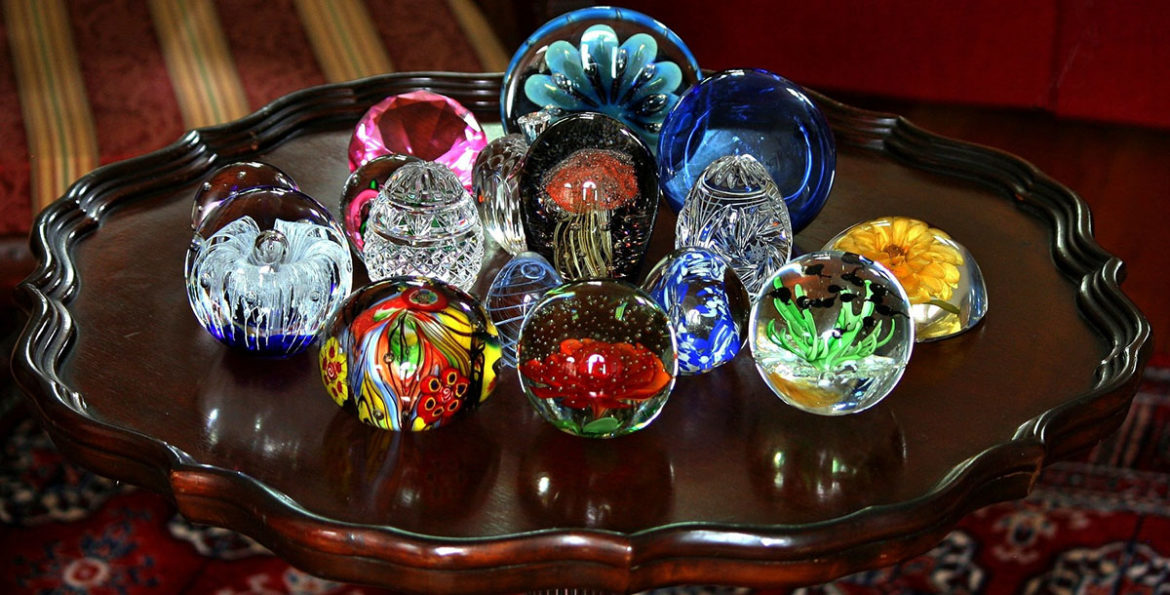 Our short story of the week is a story about hospitality by Andrew Edgeworth.

Andrew Edgeworth is a former journalist who has been writing short fiction since 2013. He was awarded the 2017 Origins flash fiction prize by Creative Industries Trafford and was runner up in the 2019 Splash Fiction competition run by Victoria Baths. He lives in Manchester with his dog, Orwell.

In The Colombian, a young man who is clearing out his parents’ house after their deaths receives an unexpected visit.

‘My father bought paperweights for her all the time. Every birthday, wedding anniversary and Christmas. When he died I continued to buy them for her. She became a collector. They sat in a teak display cabinet in the hallway, each one a strange planet in a human solar system revolving around her, its sun.

The house felt different that day in December; the colours had faded and despite everything still being familiar, it seemed disparate, no longer the place I grew up. My mother had passed some months before and I’d come back to clear out her belongings. She had run it as a bed and breakfast successfully for many years, but its fortunes had tailed off along with those of the whole city.

It was still a beautiful house. A Victorian four-storey terrace with huge rooms and high ceilings, situated on one of the many elm-lined avenues close to the city centre. My father had worked in the shipyards and helped out where he could, but after he died, when I was still a teenager, she had continued to run it by herself. It had been popular with travelling salesmen and contractors working in heavy industry, but once that all stopped she’d struggled.

I was in the dining room, packing things from the sideboard into one of the many storage containers, when I heard the once-familiar sound of knocking on the glass panes of the front door.‘ Read more…