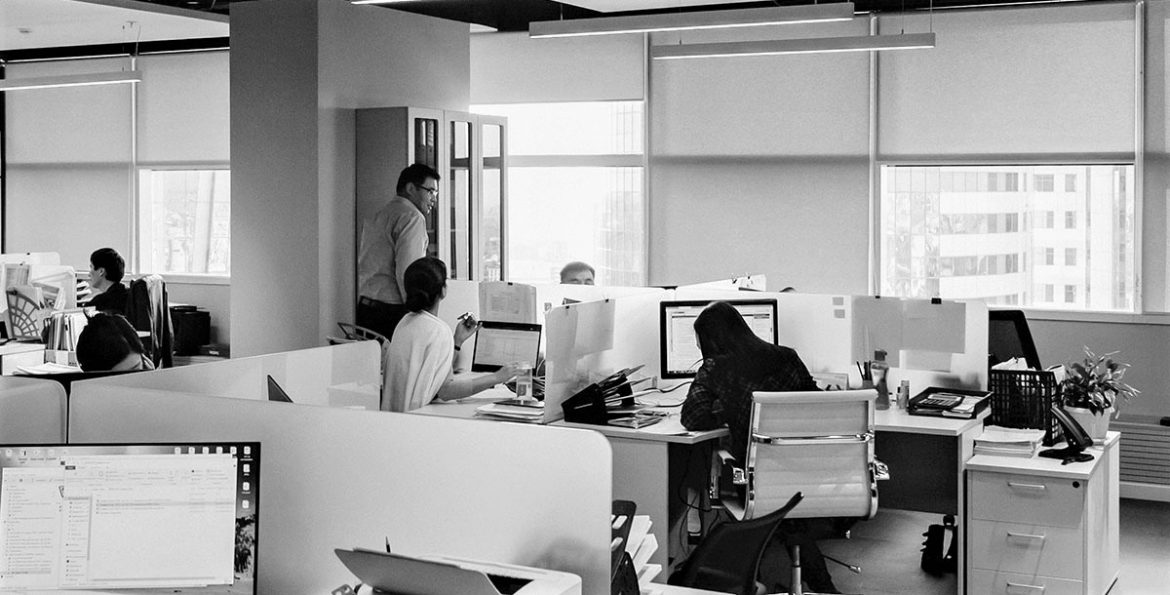 Our short story of the week is a story about stalking by Stephen Hargadon.

Silt follows an encounter between coworkers in an office that leads to unsettling consequences.

‘You don’t look like your voice,’ he said. This was by the photocopier, next to Learning and Development. Eleanor looked up from her phone.

‘You don’t look like your voice.’ He looked at her briefly, an awkward smile on his face, and returned his attention to the copier.

‘And what,’ asked Eleanor, ‘should I look like?’ She wished she hadn’t. Too eager. Not that he was listening. He was mesmerised by the machine, had almost climbed inside it, rattling paper trays and making a nuisance of himself. He didn’t seem to care. The girls from Learning and Development were looking at him disapprovingly. They were a snooty bunch, all heels and suits.

‘Not good,’ he said. ‘Looks like a jam – of a particularly nasty kind.’

The man’s tie, overlong and horribly bright, dangled over the paper tray. He’ll get it caught, thought Eleanor, then there’ll be trouble. She scrolled through messages on her phone.

‘I hate these things,’ he said, rubbing his hands on his trousers and turning towards her. He had a smooth face and a plump, almost womanly body. He might be anywhere between forty and fifty, she thought. Read more…