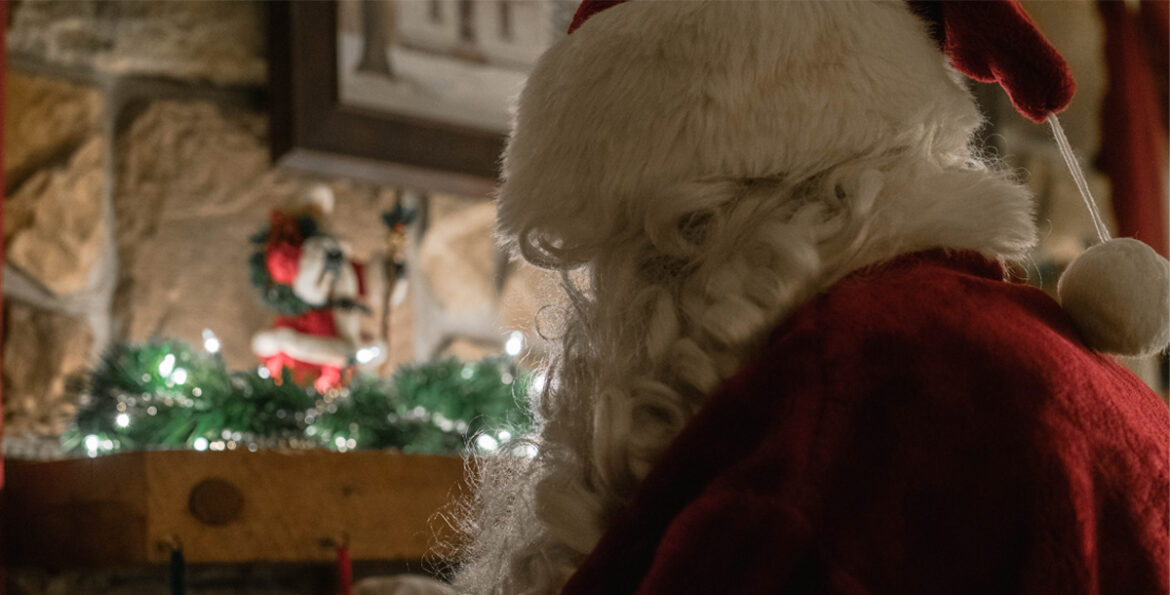 Santa and My Husband

Each week, we pick a short fiction piece from our Fairlight Shorts archives to feature as our story of the week. This week, we’ve chosen a story about hope by Amy Lilwall.

Amy Lilwall was born and raised in the South East of England. She spent a few years in France and Cornwall, then moved to Lincoln where she teaches Creative Writing.

Amy started writing seriously when she studied for her MA in Creative Writing at the University of Kent. She went on to do a PhD and was lucky enough to have her thesis novel published by Point Blank in 2017.  Amy has written for various journals and is a regular contributor to award winning podcast On The Hill.

‘Santa and My Husband’ focuses on a man who isn’t sure whether or not to believe in Santa.

Before my husband’s night shift, I put a three-bean chilli on the table and kiss him on the head. He is holding his phone in his hand and scrolling through his December rota. The night of the 24th is marked as LN − long night. As is the following night. I had only just put the beans to soak when he told me this, so I’ve had plenty of time to work myself up into a knot. The whole day has been blurred with visions of me watching the Queen’s speech with microwave lasagne while he sleeps.

Now I say, ‘I don’t want to be alone on Christmas day.’

He replies, ‘Can you grab the cheddar for me?’

I go to the fridge, take the cheddar and bring it back to him.

‘Thank you,’ he says, looking around his placemat. ‘Oh, um… Would you mind?’

I go and fetch the grater and hand it to him. Then I sit and lean my chin into my hand, making a face like I’m expecting a reaction to the Christmas thing.

He forks a heap of beans into his mouth and says through them, ‘I know you don’t want to be by yourself. I don’t want that either. Go and be with your family.’