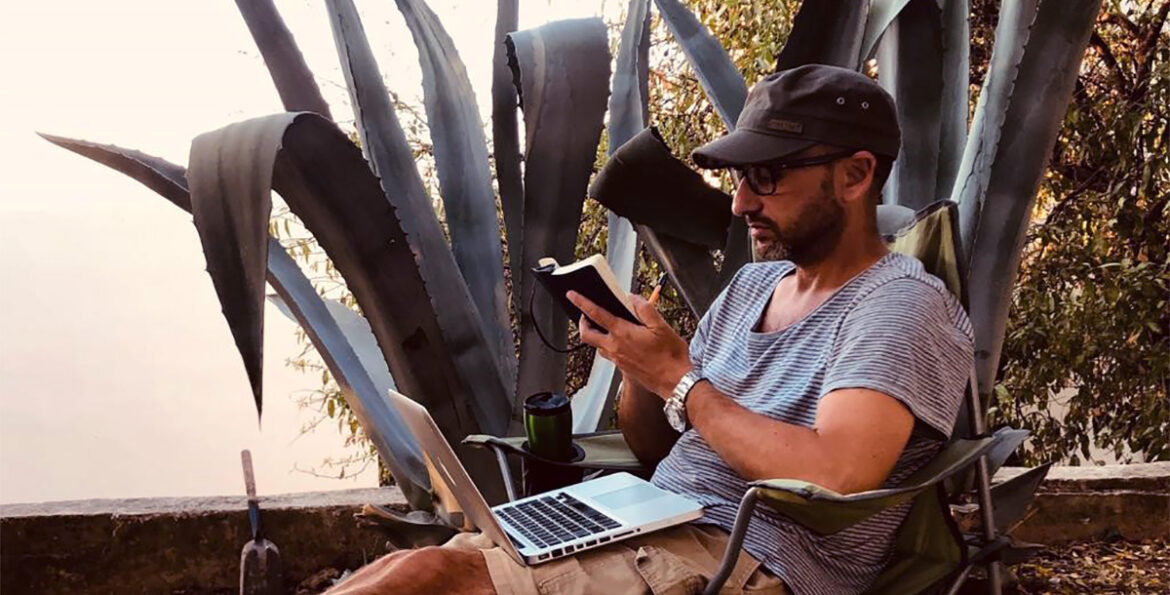 Özgür Uyanık’s debut novel, Conception, was published by Fairlight Books on 2 July 2020.  Conception is the journey of an anonymous artist, a sociopath who will do whatever it takes to get ahead; a dark comedy exploring who and what determines the value of art. Read this interview with Özgür to find out what inspired this novel.

I started writing with a purpose when I decided to become a film-maker and had to learn how to format a screenplay. I wrote a few short film scripts, which I made with friends growing up and at university.

As George Orwell once suggested, most writing is born of ‘sheer egoism’ and I don’t think there’s anything wrong with that. The fantastical idea that writing gives meaning to one’s existence is a great source of joy that gets me through most days.

A screenwriter produces a blueprint – a means to an end – whereas for a novelist the book is the final artefact that doesn’t need anywhere near the same financial outlay as a film. In terms of approach therefore, screenwriting is a necessarily more collaborative process from the very start – from ‘pitch’ to screen (if you get that far). There is a steady stream of notes from development executives, producers, script editors and financiers, etc. who will all have their own priorities and tastes so the job of a screenwriter can become very complex, creatively speaking, compared to writing a novel. In authoring a novel you have the sort of control a screenwriter can only dream about.

If you could describe Conception in one word what would it be? 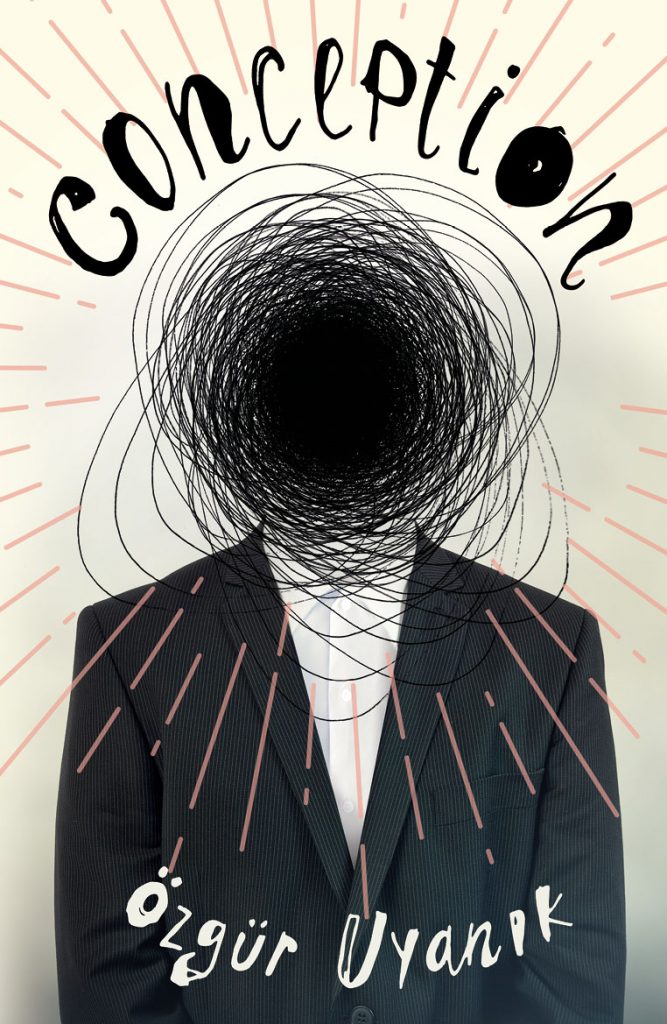 What inspired you to write this story? Have any specific books influenced it?

In terms of inspiration, I always regretted not going to art school and perhaps because of this I am fascinated by how artists and the art world functions. I even took a course on collecting contemporary art at the Whitechapel Gallery in East London some years ago because I was so determined to understand a milieu that held so much mystery, excitement and allure for me, but one that I was too reluctant to enter fully. So what’s the next best thing to actually being an artist and making art? Invent a character and do it vicariously through fiction.

However, with regard to specific influences I would cite Money: A Suicide Note by Martin Amis, which was a book I once threw across the room in disgust at the main character’s awfulness but it became one of my favourite books of all time, as well as Vladimir Nabokov’s Lolita, Hunger by Knut Hamsun,  A Confederacy of Dunces by John Kennedy Toole and Angela Carter’s extraordinary The Passion of New Eve. They are all dark, somewhat cynical and sometimes satirical books grappling with, often, uncomfortable subject matter with amazing use of language and they all impelled me to write Conception, in one way or another.

The novel is written from the point of view of the main character; what was your process of ‘entering into his mind’?

Writing the first person narrative I ended up being like an actor inhabiting a part except I was writing the script and playing the character as I went along, if that makes sense. That’s my film-making side coming to the fore, I guess, for lack of any other point of reference or more apposite analogy. Let’s be clear though, you don’t have to be a sociopath to write a sociopathic character, for example, just like an actor need not be a psychopath to play the role of a mass murderer.

Why did you choose to set the novel in three different cities: London, New York and İstanbul?

İstanbul is a synecdoche for Turkey and a place where, famously, ‘East meets West’, as well as being the second Rome, while New York sits on the global stage as a kind of third Rome (although theologically speaking Moscow holds that claim) because it is the current locus of global cultural hegemony. London is the ingenious middleman, the seat of old empire, linking it all together or playing one off against the other to maintain its position. I feel that these metropoles have a powerful hold on our collective imaginations and are almost characters in their own right.

Do you have writer’s habit that helps you ‘get in the zone’?

No schedule to speak of but I do set deadlines and stick to them. Overcoming a lack of discipline to nevertheless emerge with material tends to make one feel – undeservedly and fleetingly – heroic. It would be better to have a reasonable timetable so you don’t have to go without proper meals and sleep for days or weeks at a time, but that’s no fun is it?

In a room or, if I’m lucky with the weather and ambient noise, in a garden somewhere.

Write that first draft no matter what, read as much as you can and learn how to make the most of feedback from trusted readers before submitting to agents or publishers.

Place your order for Conception here.