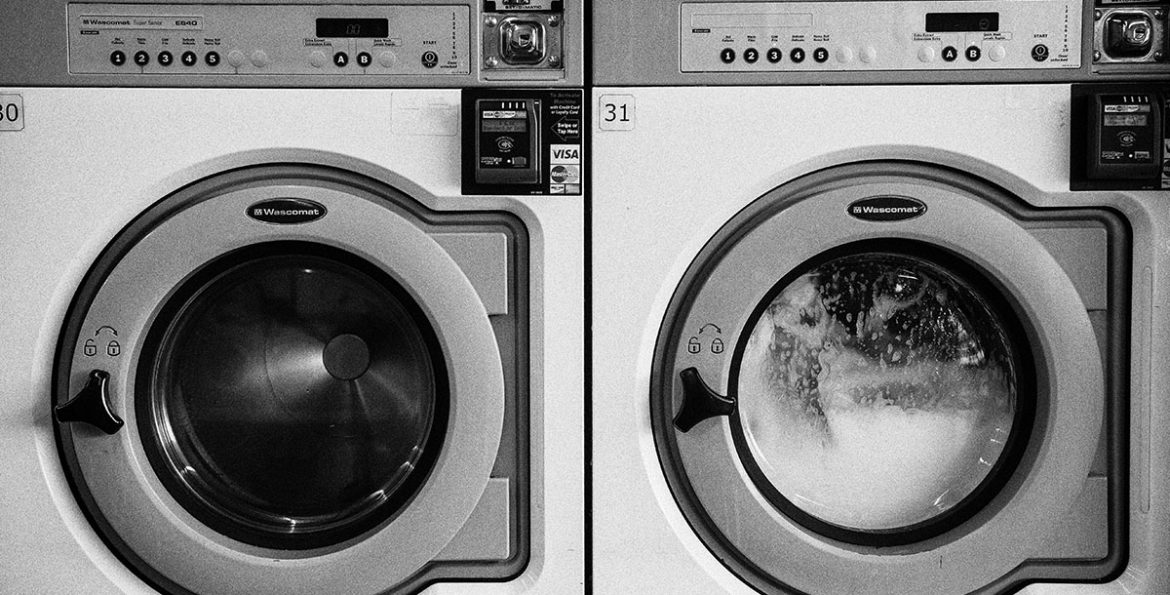 Our short story of the week is a dreamlike story by Mulix.

Laundromat explores the tension between wanting to escape and fearing the unknown.

‘Tara sat in front of the washing machine. She looked at the way the clothes moved in circles, sometimes showing a little bit of colour but mostly just black; she listened to the machine, a constant hum that echoed in the room where she waited. She thought about the way the clothes resembled a hurricane and how if she put her hand in the machine the clothes wouldn’t touch her, just like standing in the eye of a hurricane, knowing you’re in danger but at the same time knowing you are safe. When the machine beeped she took out the clothes and put them in the dryer; the ones that were delicate she extended on a drying rack.

Once again, Tara sat and watched the machine dry the clothes. This time she thought of the ocean: the way the machine rolled and threw the clothes to the other side made her imagine herself at the beach, watching the waves crash onto one another and hearing the sounds of the seagulls while they hunted for fish and crabs on the sand. Tara’s body started to heat up from the ocean sun, but the moment the dryer beeped, she once again became cold with routine.‘ Read more…