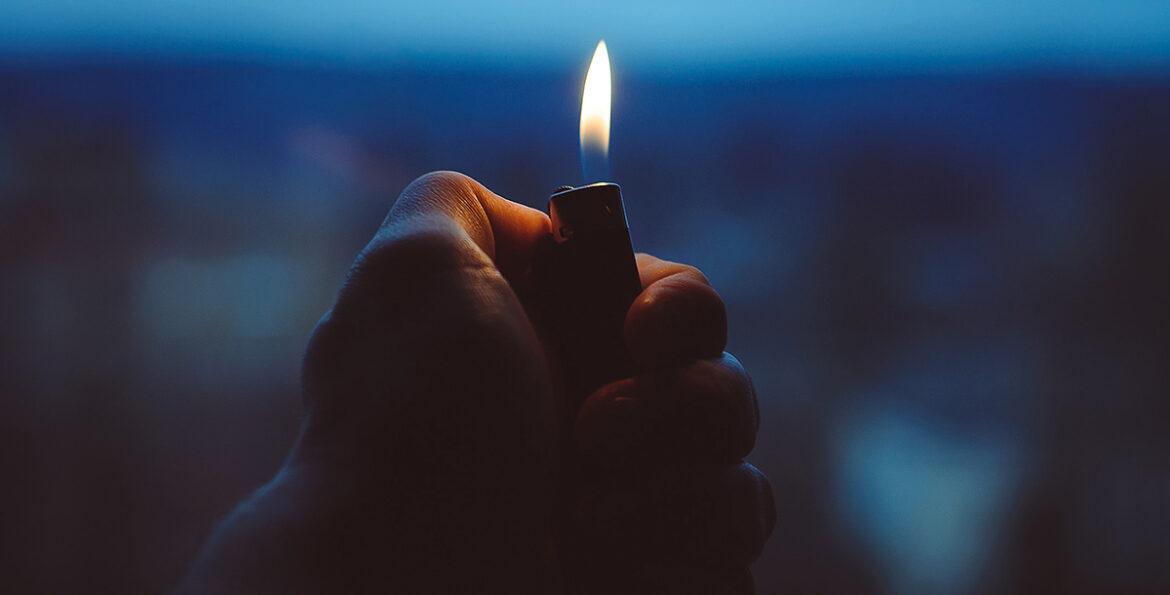 Our short story of the week is a story about an outcast by Helen Sanderson.

Helen Sanderson is originally from Nottingham. She studied English Literature at the University of East Anglia and the University of Nottingham before becoming a gardener. She currently lives and works in South London. She started writing after doing an English Literature PGDip and realising she wanted to be writing fiction rather than writing about fiction for one or two academics to read. She didn’t like presenting ideas as if she thought they were correct; she wanted it to be clear they were just ideas. She has since written two novels and several short stories.

Gavil’s Lighter follows an unusual young man who is drifting after losing his job.

This was the first time Gavil had failed to be the first to produce a cigarette lighter at someone’s request. The lighter that had been successfully found and offered by someone else caught his eye. ‘Where did you find that?’ he asked, checking to see if he still had his own in his pocket.

‘Just bought it the other day, that shop near the railway bridge. Only two quid.’ A smile spread across the other man’s face as Gavil located his own lighter and held it out on his palm, fingers stretched out enough to curve slightly backwards. They held them next to each other to find that their worn, engraved metal lighters were identical. The other man started laughing at Gavil’s expression.

‘Thought you had something special there, didn’t you! Ha, did you think yours was the only one? They’re everywhere, these things!’

Gavil looked away, concerned at how best to react. He squinted into the flat, open sky like a depression-era boy looking into the lens of a documentary photographer. He turned the other way towards meadows of grass and flowers that could probably be classed as weeds, steep green banks guiding the river into the distance, silty sand beaches at the water’s edge. He had heard that Neanderthal handprints had been discovered on some rocks nearby, although they didn’t yet know for sure if they were genuine. He liked the thought of them whether they were or not – such a simple assertion of an individual’s existence. Simple enough to need no interpretation, to have something in common. Read more…