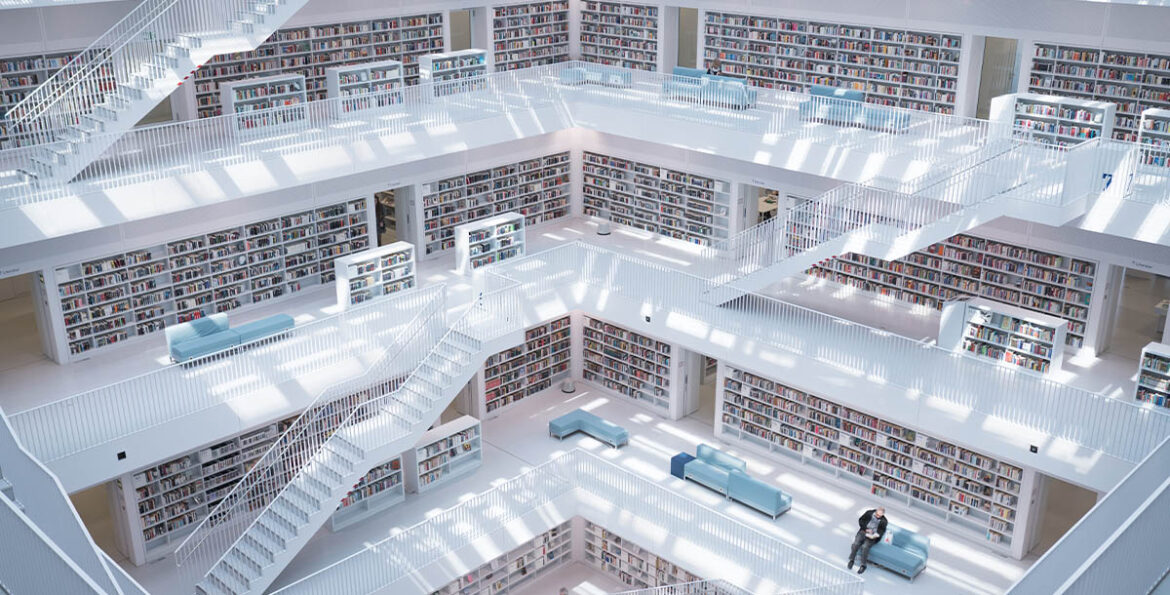 Five Magnificent Libraries Around the World

A continuation of our previous blog ‘Five Spectacular Libraries Around the World’, we wanted to share five more truly magnificent libraries. Warning, these buildings are sure to impress.

The Library of Trinity College, Dublin, is the largest library in Ireland and holds a collection of journals, manuscripts, maps and music. Its Old Library building, built in the eighteenth century, houses the Book of Kells an illuminated manuscript of the New Testament’s four gospels, consisting of vellum pages, beautifully decorated with painted illustrations and dating from around 800AD. The Old Library is well known for The Long Room, nearly sixty-five metres in length and containing 200,000 of the library’s oldest texts. The room is adorned with the busts of forty scholars, all male, however, the college has recently unveiled plans to diversify this selection through the commission of four new busts of female scholars from the Arts and Sciences.

Built in 2011, Stuttgart’s public library is a taste of the modern. By day it has an unassuming façade, glass blocks comprise a plain white exterior; a nine-level cube. At night, the building transforms as it becomes illuminated in brilliant blue light. Inside, it’s spacious, with pristine-white surfaces that evoke a sterile (almost clinical) feel and which beautifully showcase its star attraction, the collection of books.

Widely considered one of the most beautiful libraries in the world, the Royal Portuguese Cabinet of Reading opened in 1887. The purpose of the library was to amass an extensive collection of Portuguese texts and share them with the people of Rio de Janeiro, Brazil’s then capital. Brazil had previously been a Portuguese colony so it had strong cultural ties to the country. With 350,000 volumes, it is the largest collection of Portuguese works outside of Portugal. It’s famous for its reading room which features a central chandelier hanging from an entrancing stained-glass ceiling.

The Royal Library of Denmark, in Copenhagen, has for centuries been Denmark’s legal deposit and has received copies of all printed and published material in the country. It displays Denmark’s cultural archive of manuscripts, maps, music and letters.

In 1999, an extension, known as the Black Diamond because of its geometric design and its polished black granite finish, was built on the waterfront. The Black Diamond is used for public functions, as well as containing The National Museum of Photography, a café, bookshop, restaurant and a hall which seats 600 for concerts, theatrical events and conferences.

The Beitou Library is situated in Beitou Park, Taipei, and is referred to as a ‘green’ library due to the number of eco-friendly aspects of its design. Built amongst the trees and largely made of wood, the library resembles a giant treehouse. A section of the roof is coated with solar panels and its sloping structure allows for the collection of rainwater, used to water the library’s plants and flush the toilets. The building also has large windows which let in a lot of natural light and heat, reducing the building’s energy usage. The combination of the lighting and extensive use of wood, gives a homely feel inside and makes this library look very inviting.