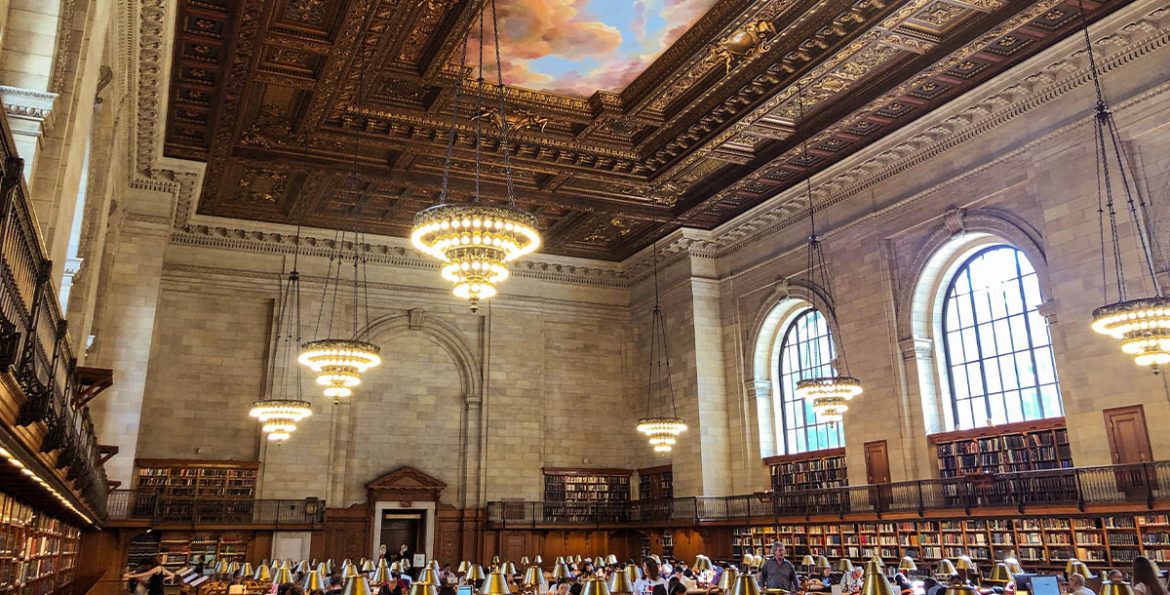 Five Spectacular Libraries Around the World

A good library is a mecca for bibliophiles. A huge depository of books, all free to read, what could be better? Their significance to education and the attainment of knowledge is immeasurable. Even in the ancient world, the Library of Alexandria was revered; and the great scientist, Albert Einstein, once said ‘The only thing that you absolutely have to know, is the location of the library.’ Because of their importance, their appearance has often been aimed at showing grandeur and great accomplishments in architecture have been achieved in their construction. Featuring both the historic and the super-modern, here are some of our favourite spectacular libraries from around the world.

Founded in 1774 by Nawab Faizullah Khan, The Rampur Raza Library is located in Rampur, Uttar Pradesh, India and is one of the most culturally significant libraries in Asia with an extensive collection of Indo-Islamic artefacts. Originally it was built to house Nawab Faizullah Khan’s personal collection of manuscripts and rare specimens. The library was passed down through the Nawabs who continued to contribute notable additions. It is now managed by the Government of India and contains 17,000 manuscripts in Arabic, Persian, Pashto, Sanskrit, Urdu, Hindi and Turkish languages, as well as a collection of around 60,000 printed books in various languages. Its palatial exterior makes it one of the most beautiful libraries in the world.

The Kanazawa Umimirai Library is a public library situated in Kanazawa, Ishikawa prefecture, Japan. Constructed in 2011, this building boasts a unique, contemporary design with its 6,000 translucent glass holes that let in natural light. This light spreads over the spacious main reading room, group activity rooms and meeting rooms, and creates an ambience that is said to resemble a forest. The range of facilities in the library are intended to encourage its use as a community hub rather than just a collect-and-go station. It even has a craft corner.

Named after Sir Thomas Bodley, a diplomat and scholar who salvaged the library after its previous incarnation, The Bodleian Library is the principal research library of the University of Oxford and is one of the oldest libraries in Europe, being over 400 years old. It has a rich history and as one of six of the UK’s legal deposit libraries, it is entitled to a copy of every printed work published in the United Kingdom. Over time the Bodleian has expanded and its collection is now housed in multiple buildings to accommodate its increased size and the varying requirements of the documents. The buildings hold a total of over 13 million printed items. The Library also has a second life as a feature in many tv and film productions, including Inspector Morse and several movies in the Harry Potter franchise. The nearby Radcliffe Camera building has become a distinctive piece of architecture.

The New York Public Library (NYPL) is the third largest public library in the world, behind only the Library of Congress and the British Library. In the heart of the ever-bustling New York City and catering to the literary appetites of millions of New Yorkers, the main branch of the NYPL, the Stephen A. Schwarzman Building, hosts several features that have made it world-renowned. Its two most prominent features being its exquisite Rose Main Reading Room, with a heavenly mural of pink clouds against ornate moulding, and its two lion statues which adorn the North and South of the steps leading to its main entryway. The Lions are so beloved that they carry their own nicknames, Patience and Fortitude, after the two qualities a former mayor said were most needed in New Yorkers during the Great Depression.

Opened in 2017 in Tianjin, China, the Tianjin Binhai New Area Library is the newest building on this list. It’s nicknamed ‘The Eye of Binhai’ or simply ‘The Eye’ because of its oval of windows that offer a glimpse of the giant white sphere that is housed in the centre of its interior, this view, from the outside of the building, resembles a human eye. The library’s bookshelves ebb and flow, from floor to ceiling, around this dominating central orb, creating a truly unique array of books and a breathtaking space.

Have you had the opportunity to visit any of these amazing libraries? We’d love to hear about it, let us know on Twitter, Facebook or Instagram @FairlightBooks.

If you’ve enjoyed this blog on Five Spectacular Libraries Around the World, be sure to also check out our Five Unusual Bookshops Worldwide blog here.