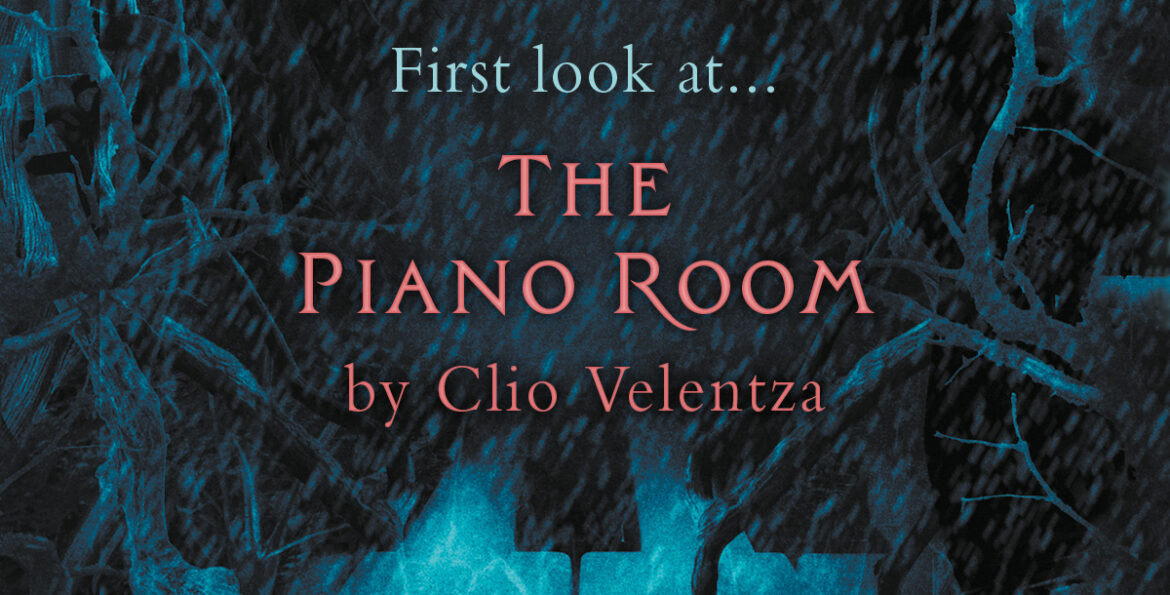 Sneak Peek at The Piano Room by Clio Velentza

The Piano Room by Clio Velentza is publishing in paperback on 01 March 2022! To celebrate, we’re giving you an first look into Clio’s dark and intriguing Gothic novel, retelling the myth of Faust in 1970s and 1990s Hungary. Keep reading for a sneak peek of her upcoming novel…

There was nothing before the snow.

There was nothing before the snow that he cared to remember. Even this was fading.

His feet were bare, and the coldness crunched under them. Sharp aches darted through him, needling into his hands and feet. He couldn’t tell yet if the pain was a positive or negative sensation; he had nothing to compare it to.

An inkblot moved through the dazzling whiteness towards him, melting into a familiar shape. He retreated away from it. Its face was a blur. The shape caught hold of him and pulled him forward, and he dug his heels in because this was the one place he knew that he did not want to be.

Heavy presences swept past them, their voices twisted by the wind. He couldn’t see anything but he knew they were there, that they had always been there. They, like so many other things he used to know, were fading from his memory.

He couldn’t tell if the blizzard was something or nothing. He decided it was Something; because he could still remember Nothing, even if only faintly now, and it hadn’t been like this.

Mist escaped his panting mouth. Being dragged through the coldness did not matter; it mattered that the shape that pulled him filled him with dread. It mattered that despite how hard he fought, he couldn’t escape its grip. It was solidifying with every step, becoming less abstract, more terrifying. He stumbled and fell and still it hauled him up and dragged him forward.

The towering form of a building emerged in the snow, a blunt thing with blind eyes. He gaped at it. His fear amplified, crushing him. Behind them were those things, those horrible things.

Something moved within the shadows inside the building. There was a person in the window of the building, looking out.

Still being dragged on by the shape, he stumbled through the last steps.

Then he was left alone outside the building, wet, shivering, lost.

He knocked on the glass.

And then there was the warmth.

And then there was the shame.

The Piano Room is available now in hardback, from Blackwell’s, Waterstones and Bookshop.org.

The paperback edition is coming soon, on 01 March 2022, and is available to pre-order now from Blackwell’s and Waterstones