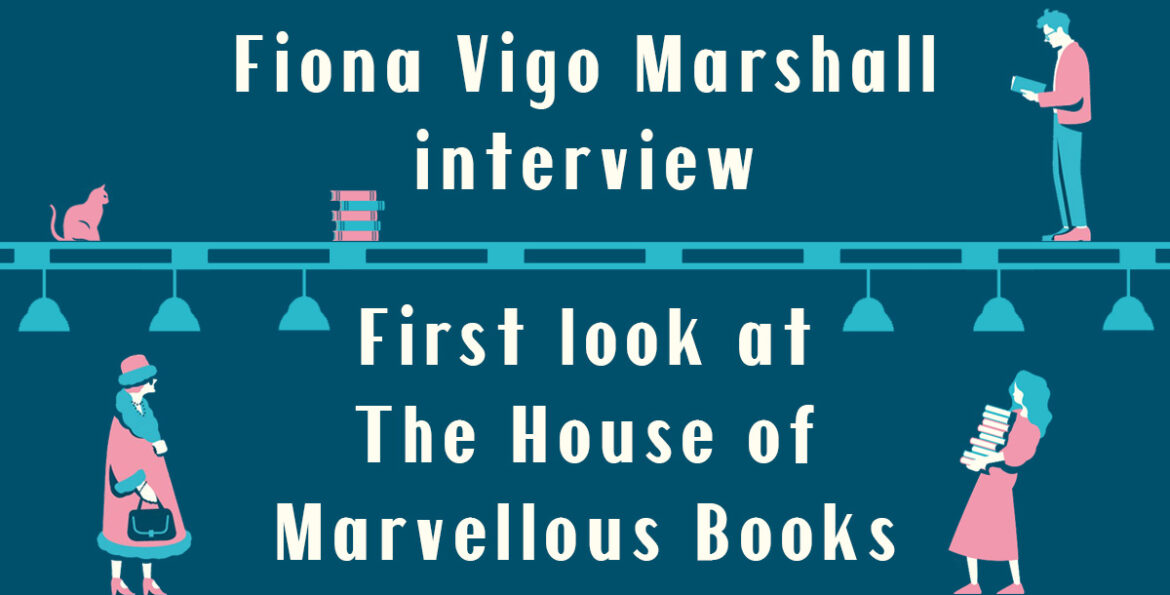 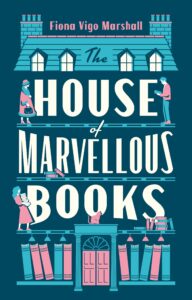 If you could describe The House of Marvellous Books in one word, what would it be?

Marvellous! (In the sense of being fabulous or a thing of fable, something imagined or invented that’s slightly implausible or incredible.)

The ending – it needed a lot of work, which then had to tie in with elements of the plot throughout the book, so I had to work backwards to make it all fit – like doing a jigsaw. The added complication of the diary format made it a tight fit at times. Louise Boland, CEO of Fairlight Books, was a terrific help with this – her input and suggestions were very valuable in transforming the plot. It was great fun working with her, and I appreciate what I learned in the process.

The House of Marvellous Books is a warmly funny satire of the publishing industry. How did you find the process of writing comedy, especially when it’s so subjective?

Thank you! It started falling into shape with the old concept of the Ship of Fools, originally from Plato and then popularized by German satirist Sebastian Brant in 1494 with his sardonic verses Das Narrenschif. The process was also inspired by Chaucer’s Canterbury Tales and his group of pilgrims. Wherever you get a more or less enclosed group of people there is comic potential – it’s the human condition. The writing flowed easily enough once I had channelled the voice of our hero, Mortimer Blakeley-Smith. He comes of a long line of stooge narrators (again from Chaucer onward) – the innocent abroad, who comments both wittingly and unwittingly on events.

Your book contains a quirky cast of weird but wonderful characters. Do you have a soft spot for any one of them in particular? Which one do you identify with the most?

I’ve got a soft spot for Uncle Albany, Mortimer’s uncle who lives at the seaside and is a reassuring, down to earth father figure for Mortimer.

And I must put in a good word for Moriarty the cat.

You have previously published your novel Find Me Falling with Fairlight Books. How did your writing experience differ between these two different books?

They were both quite hard work in different ways. Find Me Falling is an exploration of altered states of consciousness, including fantasy and abnormal brain activity, and involved many years of research into epilepsy and seizure disorders. Much of it shifts in and out of reality, with some scenes taking place in the mind only, yet it all had to be constrained by the medical actuality, and to surmount myths about epilepsy. It involved condensing and channelling loads of medical papers into novel form, and some more or less experimental writing to try and convey what might be the inner reality of someone experiencing seizure activity.  The House of Marvellous Books is grounded in daily nitty-gritty and quite different in tone and intent. Writing comedy was fun but complicated in a different way as it involved so many more characters and plotlines. I had to keep tabs on everything, from Mortimer’s bedtime reading and Drusilla’s wooing of the Vatican, to the machinations of Hugo the book thief and the exact location where the Marvellous Book itself, the Daybreak Manuscript, might be hidden.

How much goes on away from the page – I have reams and reams about the characters and their lives which didn’t make it into the book, some written, some not. It is surprising how much lurks in the subconscious.

What do you hope people take away from reading The House of Marvellous Books?

A sense of quest and a bit of entertainment. I hope some people might enjoy it.

It is said that those who go against the way end up being called unlucky. And as luck would have it, I, Mortimer Blakeley-Smith, have been charged to tell the tale of our last ill-fated voyage. Now, I have reached the land of detachment, from which there is no return. There remains only this record. A logbook if you like from a sinking ship, though for centuries we never touched shore.

Where to begin, how introduce this navigatio? Our great Ship of Fools has always been there, sailing the seas without a rudder, weighted by its cargo of magical books that bristled with spells and secret words so potent that many times they imploded, ripping apart our keel and knocking us overboard. So many times we abandoned ourselves to the mercy of the waves; so many rescues, so many miracles. Like the mariner saint, Brendan of Clonfert, who sailed in circles for seven years before realising his destination was inner as well as outer, we travelled from book to book as if from one magical island to the next, always believing the next would be the one, always cast again on the ocean, garments stained with salt water, faces burning in the air and heads dizzy with the rocking, glinting waves. Setting forth again and again on our unknown journey, welcoming the sea as the sacred landscape of estrangement; throwing our oars overboard as a gesture of faith, ever-questing, never losing hope of finding the blessed isle. People of the way, they called us; the way being simply the infinite sea…

Back to work. Snow driving sparsely over London. Steely smell of London on the air. The dark flakes flying in my face as I left the tube; snowflakes peppering the sleeping bags of the homeless. Snow dashed away by the windscreen wipers of the ambulances turning impatiently into the hospital down the road. Snow half-settling on the steps up to our great, ancient building, set back from the London traffic like a grounded ark. Welcome to HQ. Place of study, offices, shelter for the dispossessed: a portal into many different worlds.

I trotted up the steps and past the foundation stone with its motto, Nisi Dominus ædificaverit domum, Unless the Lord build the house (Psalm 127). Don’t suppose the Psalmist was thinking of a publishing house, but it fits all too well. With £1 million debt and a slit in the roof, things look bleak.

For now, the gold lettering above the grand twin doors still proclaims our identity with all the untrammelled confidence of this enduring medieval institution: The House of Marvellous Books. I went through into reception and an illusion of quiet, swiftly broken by a yodelling of hymns from the post room on the right, where Ursula was at work flinging letters and parcels about. Cries of ‘Drat!’ and ‘Bother!’ punctuated the untuneful recital. I crept past. A willing editorial factotum is a necessity in our trade, of course, and Ursula’s been with us a long time, twenty-seven years; but it can’t be denied that her singing makes a poor impression on visiting hermits and naturalists from the British countryside, who stand in reception clutching their manuscripts with something akin to growing dismay in their hearts. Doesn’t really fit with corporate London.

The off-key notes of Abide with Me faded as I crossed reception with its shabby armchairs and opened the door in the wood panelling into the silence of the library. The aroma of antiquarian books came to meet me, nut and wood, wafting up two galleries to an arched criss-crossing of beams like some vast ship. A gallery of shadows on the first floor hinted at where our offices were, encircling the library like watchtowers. The armchairs were empty in the alcoves, and a large antique globe sat in its wooden base, patently untouched for decades. A long table down the middle, dotted with reading lamps, was the only reminder of our origins as one of the London coffee houses of the 1650s, with their bubbling political discourse and vigorous outcrops of early print. What was once a bustling core of intellectual life is now a huge, largely unused asset, visited by around thirty visitors a year, who mainly come to study the calligraphy of the seventeenth-century books.

I wandered down through the body of the library to the grand window above the librarian’s desk at the far end, where the stained glass of gorgeous colours showed Chaucer with his hat and his horse and his pilgrims: The Lyf so short, the craft so long to Lerne. In the chill morning silence, broken only by the muffled exclamations from the post room, it smote me to the core. My epitaph? Would I, too, have enough time to do all I was meant to do? Before the sacred light of learning was extinguished for ever, before the library shelves were torn out and their contents carried away?

The House of Marvellous Books is publishing 01 April 2022. Pre-order now from Blackwell’s and Waterstones.