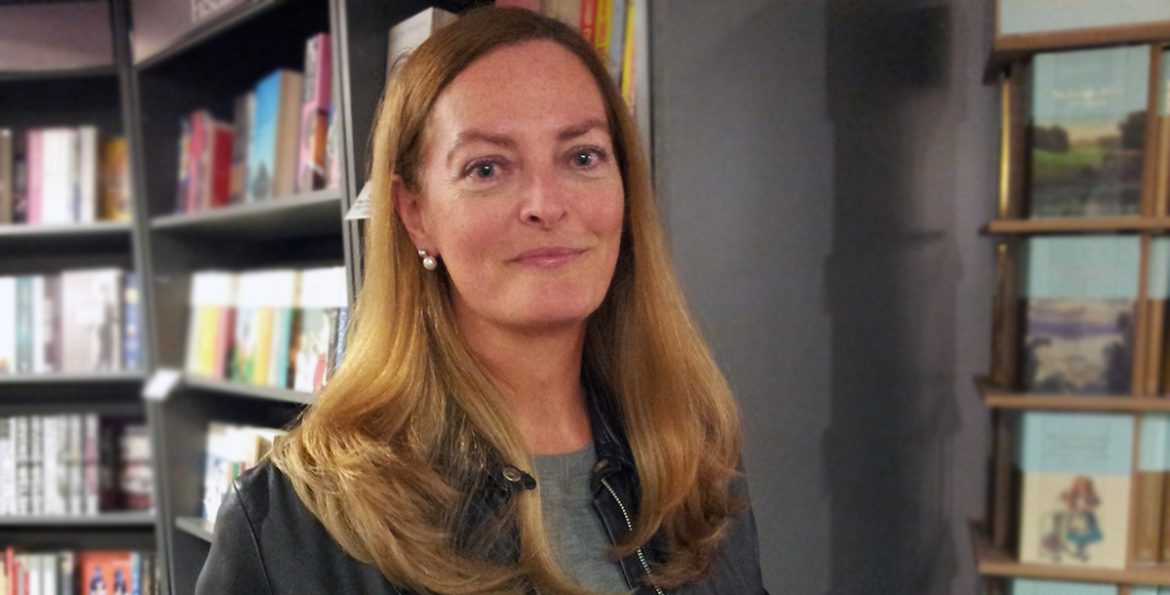 Elizabeth Mac Donald‘s debut novel, A Matter of Interpretation, is released on 5 September 2019 by Fairlight Books. An exploration into the life of Canon Michael Scot, a twelfth-century astrologer and personal physician to the Holy Roman Emperor, Frederick II, this novel takes the reader from the court in Palermo, to the Translation School in Toledo and the Moorish Library in Córdoba. Read this interview with Elizabeth to find out what inspired her to tell this story.

I’ve always been an avid reader, but my first love was music. I studied it at the conservatory (piano and singing) and at university. Then in my early twenties I moved abroad and the experience knocked me so far outside my comfort zone that I turned to writing as a way of filtering my life.

In the flux of the daily nitty-gritty of life, often so impermeable to any search for meaning, writing offers me a chance to pull a pattern out of this, to weave a web of significance and crystallise it, and then look back and say, ‘There, it’s true…’

How is non-fiction writing different from fictional writing?

Perhaps Jung’s four functions might be of help here. Non-fiction depends on the sensation function, which is the ability to identify concrete facts; this is completed by the rational function, which interprets them. In fiction, I feel that what Jung referred to as the feeling function – that is, the capacity to morally evaluate one’s experience – is crucial, allied with the intuition function, which channels the imagination and gives insight. 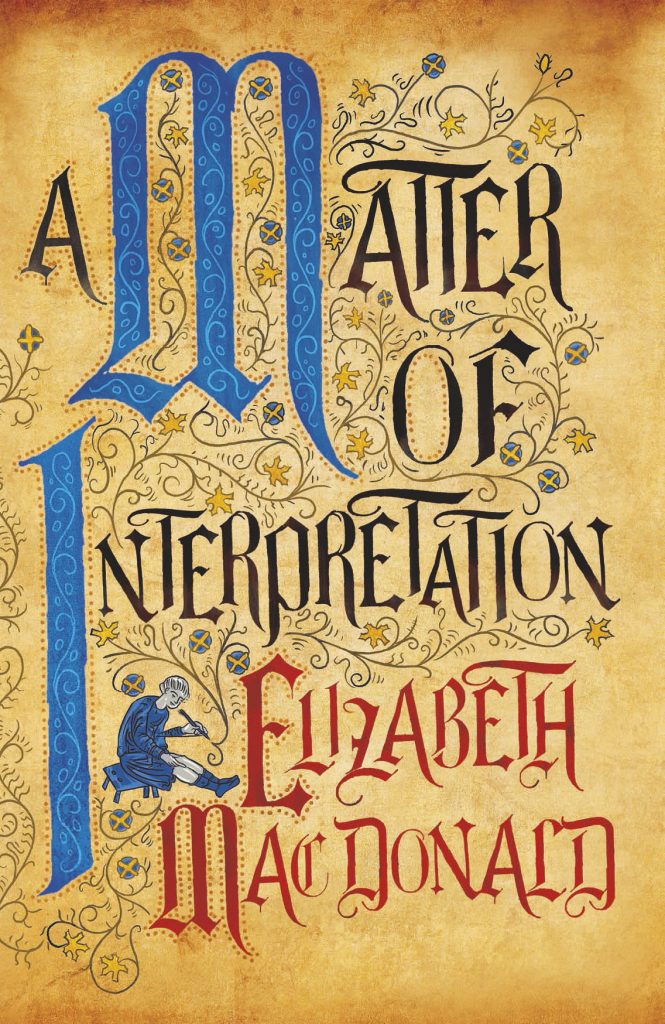 How did you first come across the figure of Michael Scot and what inspired you to write A Matter of Interpretation?

I also studied Italian at university and since that time the figure of Frederick II, Holy Roman Emperor, has always attracted me. As someone who’s drawn to what is different, the modus vivendi in Sicily, where the heterogeneous strands of Norman, Greek and Muslim culture came together, seemed to me to be a beacon of civilization. I knew there was a story I wanted to tell here, and so I began to research it. But it was when I came across the figure of Michael Scot, barbarian outsider from the north who became astrologer and personal physician to the emperor, that I knew I had found my linchpin. Wayward, controversial, and brilliant, here was my protagonist, whose outsider’s eyes would filter the story. Even in his own time, Michael Scot was both feared and revered: Dante places him the lowest circle of his Inferno – that reserved for the necromancers.

If you could describe A Matter of Interpretation in one word, what would it be?

Your novel is part fiction and part true story. How do you manage to balance the two while still trying to remain as close as possible to the real events?

I guess for me it comes down to drawing on three main fields: the actual chronology of events, the sense of place, and the characters. The chronology of events is like the scaffolding that will enable me to create an edifice with its own significance. The last two elements – the sense of place and the characters –have to be conjured out of nothing. But ultimately, they are the intangible building blocks that allow the edifice to stand in its own right once the support of the scaffolding has been removed.

How much research was involved in the writing of the book?

A lot! Extensive research was necessary because in any given setting, I had to be certain of my surroundings: for example, if Michael Scot walks into a room, does he feel the breeze coming in through an open window, or was it usual to have glass in the windows at that time? In order for me to intensely imagine and feel a scene, I had to be sure of the material setting. Paradoxically, all the research might then go by the wayside in the actual realization of the scene, as firm foundations are usually invisible to the eye.

Why did you choose A Matter of Interpretation as the title of your book?

The novel hinges on the role of translation. No two translations will ever be exactly the same: at every step, translation requires subjective calls of judgement, so that – as was the case with Aristotle – depending on the language he was translated into, very different interpretations of his thought emerged. Things are rarely black and white. Or to say it à la Oscar Wilde, the truth is rarely pure and never simple.

What’s the most surprising thing you’ve learnt through your writing?

What do you hope people take away from your book?

That the past is like a foreign country. It may seem far removed from the here and now, but it can be visited and you may bring back some insight from your visit that will colour your understanding of the present. Time for me is not circular, still less a straight line; rather, it unfolds in a helix-shaped flow.

I can’t whittle it down to just one. Sorry! Let’s just say that there are certain novels by certain writers that made me want to write. Reading them I found myself saying, ‘There, it’s true…’ Wide Sargasso Sea by Jean Rhys; Nuns and Soldiers by Iris Murdoch; and the daddy of them all, Anna Karenina by Tolstoy. There are also the poets – but that’s another story…

The only thing that would irritate me is blandness – an excessive cleaving to the dogma of the pared-back. That usually means chucking out the adjectives and the adverbs. Which is all very well in its way. But to get back to Jung – it’s precisely the adjectives and adverbs that carry the feeling function of evaluation. In the hands of a real master, their absence will be a replete emptiness; but in the hands of someone who is not a master, a text will just fall flat.

Do you have a writing schedule? Where do you tend to write?

I don’t follow any rituals. I’m just glad when I can carve out some alone time for writing. It could be in a crowded library, where I just ‘zone out’; or it could be in my own home, where I’m most productive with no distractions such as views. Just me, my laptop and a blank wall…

What piece of advice can you give to aspiring writers?

Having been an aspiring writer until very recently, I would say – Never give up. Persevere. And along the way, hone your craft as best you can.

Place your order for A Matter of Interpretation here.