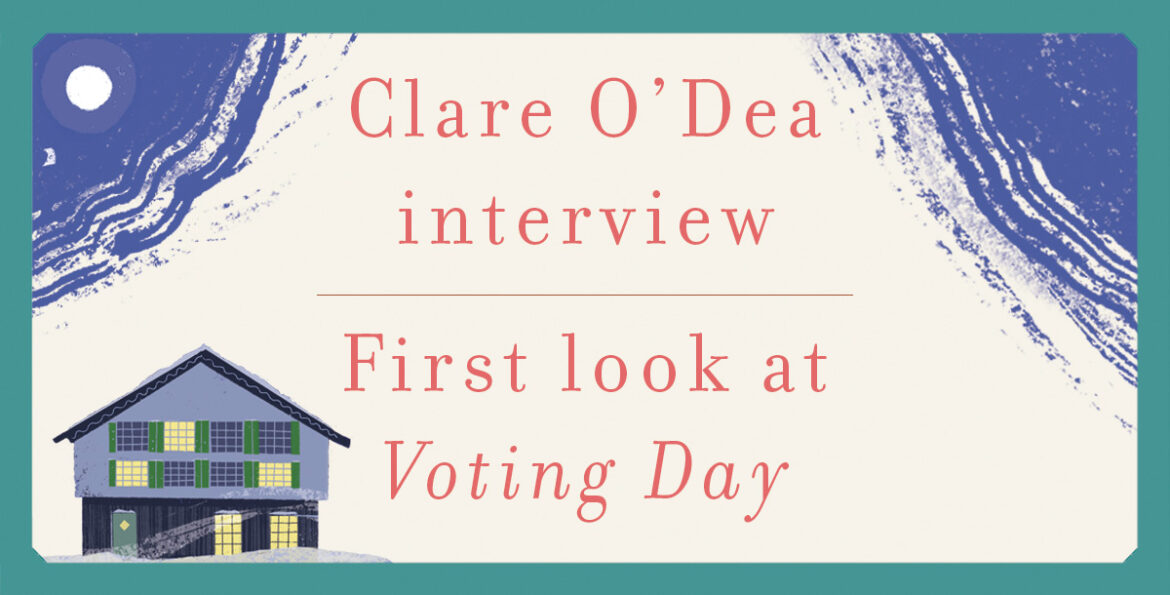 Clare O’Dea is the author of Voting Day, a new addition to the Fairlight Moderns publishing on 1 April 2022. Voting Day explores the day in 1959 when Swiss men denied women the vote through the eyes of four very different Swiss women, as their paths intersect on a day that will leave its mark on all their lives. Read this interview with Clare O’Dea to find out more, and to see an exclusive sneak peek of Voting Day. 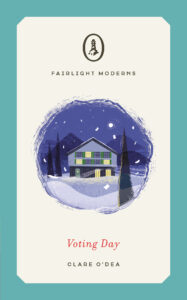 How did you start writing, and what does writing mean to you?

Writing has been my job for most of my working life in one way or another, mainly journalism. Though I’d always had a hankering to write fiction, I found myself unable to produce more than scraps. Until finally, ten years ago, I made a commitment to move on from chapter one and finish my work in progress. Even though that novel was never published, it gave me the keys to the writing kingdom, and I realised I could enter any time. That means the world to me now.

What inspired you to write Voting Day?

The inspiration for Voting Day accumulated over several years of living in Switzerland, so that by the time I had the idea to write a story set on this particular day in history, everything was in place. I felt ready to tap into the voices of Swiss women of the 1950s, and I was clear on the structure – that the story would be handed from one character to the next like a relay race.

If you could describe Voting Day in one word, what would it be?

Dignity. That’s what each of my characters has in common, despite all the limitations and frustrations they face.

The part where Esther is abandoned was hard. I knew that she was going to have to go through some awful things, that the odds were stacked against her. I wished it could have been different – but that was the fate of marginalised women at that time.

Voting Day is written from the perspective of four characters. Why did you choose to tell the narrative this way, and did you have a favourite character to write?

I really feel at home in the short form. I felt that if I could approach the four main characters as the star of their own short story, with all the power of single narrator, I could grow the book from there. Vreni is my favourite character, partly because I’m at the same stage of life but also because she does something admirable in the story, outside her comfort zone. I also like her prickliness.

The message of the book only really emerged to me in hindsight. It’s about solidarity, and not leaving people to overcome problems like poverty or discrimination on their own. It contradicts this destructive idea that the onus should always be on the individual to try harder.

And, don’t take your right to vote for granted!

You have previously written two non-fiction books. While writing, did you experience any new challenges unique to fiction?

I feel greater freedom writing fiction – and more joy – but it is a bit harder to accept outside input, even though I know the work does benefit. With non-fiction, the material is not as close to me.

Sometimes I read a book and it makes me want to read all the author’s work. That’s happened with writers like Sarah Moss, Kate Atkinson, Jonathan Coe, Andrey Kurkov and Nuala O’Connor. If I had to choose one favourite, it would be Elizabeth Strout. One book – The Springs of Affection by Maeve Brennan.

Not really. I just read the last scene I’ve written and carry on. For practical reasons, I usually write for not more than one or two hours at time.

Not so much a schedule as a target. For this book, I set myself the target of at least 500 words per day. It was quite a busy time with work and family but I did not let a day go by until I’d finished, even if that meant writing last thing at night.

Sometimes in my local library but mostly at home, either at my work desk during the day or at the kitchen table at night, which is a lot less messy.

Be disciplined, finish things and then move on. Try out different forms and don’t get stuck on your first manuscript forever. It might not be the one.

Keep reading for a sneak peek of Voting Day…

Just as Vreni was about to lose her cool – not in a loud way of course, more like an underground explosion – Peter made his entrance and greeted the family with ‘Morning, all.’ They all joined hands and said grace. ‘For food and drink, for our daily bread, we thank you, oh God.’

The bread! Vreni moved at her top speed towards the oven, which wasn’t fast at all. She hauled out the loaves, which were a shade darker than she would have liked, and placed the tray on the stove top.

‘Come and serve, Vreni,’ Peter said. Hot now, and devilishly uncomfortable with her symptoms, Vreni went and served the men one by one, Ruedi last. Marcel poured the coffee and gave her a look of understanding when she reached her cup out towards him. But what did he understand? Nothing, that’s what.

‘Today’s a big day for Ueli,’ Peter clapped his eldest son on the back. ‘You two will have to hold the fort.’ He pointed his fork at Hugo and Marcel. Ueli sat up straighter and showed off all his twenty-one years.

‘What time should I come down to vote, Papi?’

‘A big day indeed.’ The head of the household looked around the table for approval. ‘My eldest son, a grown man, voting today for the first time. I remember my first voting day—’

‘I’m going to interrupt you there.’ Vreni wasn’t having this. She had a busier morning than anyone today and she didn’t have time for political speeches. But Marcel began talking over them both.

‘Well, Ueli, will you be doing the right thing by your mother today?’ her youngest asked. ‘So she can go with you next time?’

Ueli looked to his father.

‘He’ll be doing the right thing for his country, a country that has been well ruled by decent men for seven hundred years. The envy of Europe.’ Peter held Ueli’s gaze.

‘More like the embarrassment of Europe,’ Marcel retorted, his cheeks flushed with indignation. ‘Are Swiss women not as clever as French women – or German women or Austrian women for that matter?’

‘Nonsense,’ Peter mumbled through a mouthful of potato and egg. ‘Cheeky gymnasium pup – Swiss women are better looked after than any of that lot and well you know it.’

‘Thank you, everyone, but I’ve got more important things to talk about,’ Vreni said, and she took her list out of her apron pocket. ‘Just eat up and listen.’