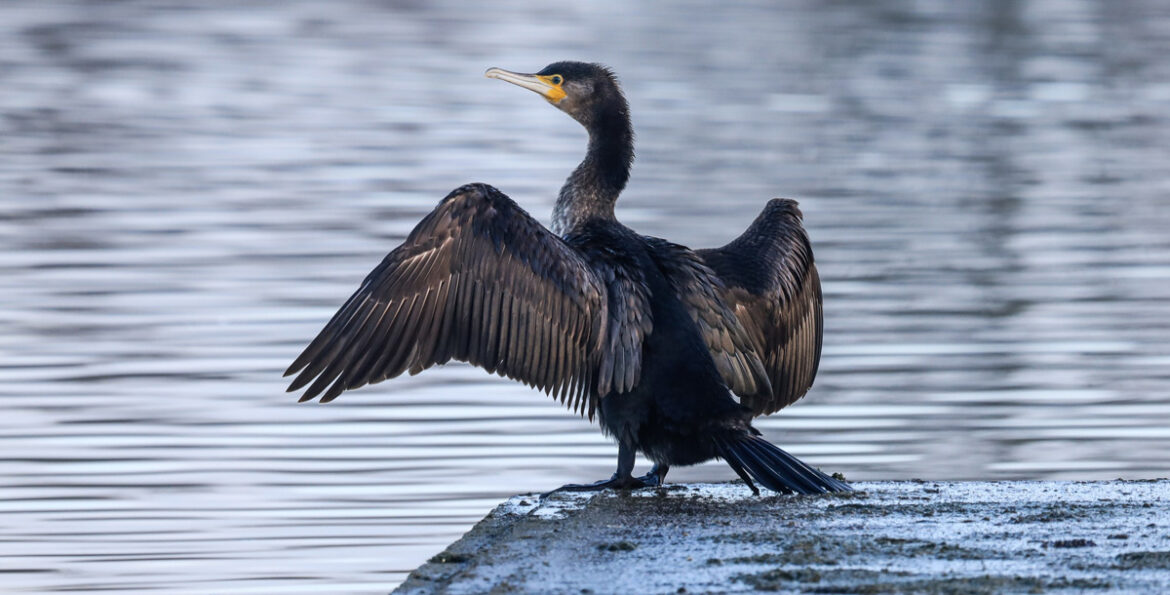 Each week, we pick a short fiction piece from our Fairlight Shorts archives to feature as our story of the week. This week, we’ve chosen a story about obsession by Alice Graham.

Alice Graham was born in Hampshire and lives in Hackney. She works in publishing, commissioning books about art, culture and design.

Alice started writing short fiction in early 2020. Since then, she has been shortlisted for the Exeter Story Prize and long-longlisted for the Brick Lane Bookshop Short Story Prize. ‘Watching Birds’ is her first piece to be published.

‘Watching Birds’ follows a woman who connects with her late grandmother through a shared obsession.

It reached epiphany one bleak night, after months of waiting.

Tormented by the drink and the absence of the cormorant; pushed to the edge.

In September, my godmother took me to a talk about the birds of the River Lea. I had accidentally told her about my watching the month before, over an uncomfortable meal when I had no news to share and nothing much to say. I hadn’t meant to sell it as such a big part of my life, waffling on with my thin ornithological knowledge. Thank god she has an interest after all, I’d imagined her think.

The talk was at a community centre on Lea Bridge Road, one of those far-from-up-and-coming areas that estate agents pitch hard to desperate first-time buyers. The advert had obviously not reached the hipster nature lovers people like to believe live in these parts of East London, because the majority of attendees were over sixty with unbrushed, grey hair and woolly jumpers. The types that go on walking tours to visit the peregrines and tawny owls nesting in the City, or take the Central Line to ancient footpaths in Essex, where you can cross fences on wooden stiles, smell manure and witness the harvest. The Londoners who watch Countryfile and Springwatch, dreaming of living in the countryside ‘one day’, while the police raid the drug dealers who live across the road.

My godmother didn’t know what to do around these people. All through the talk, I could see her eyes twitching as she attempted to figure out what it was about birds that interested me.