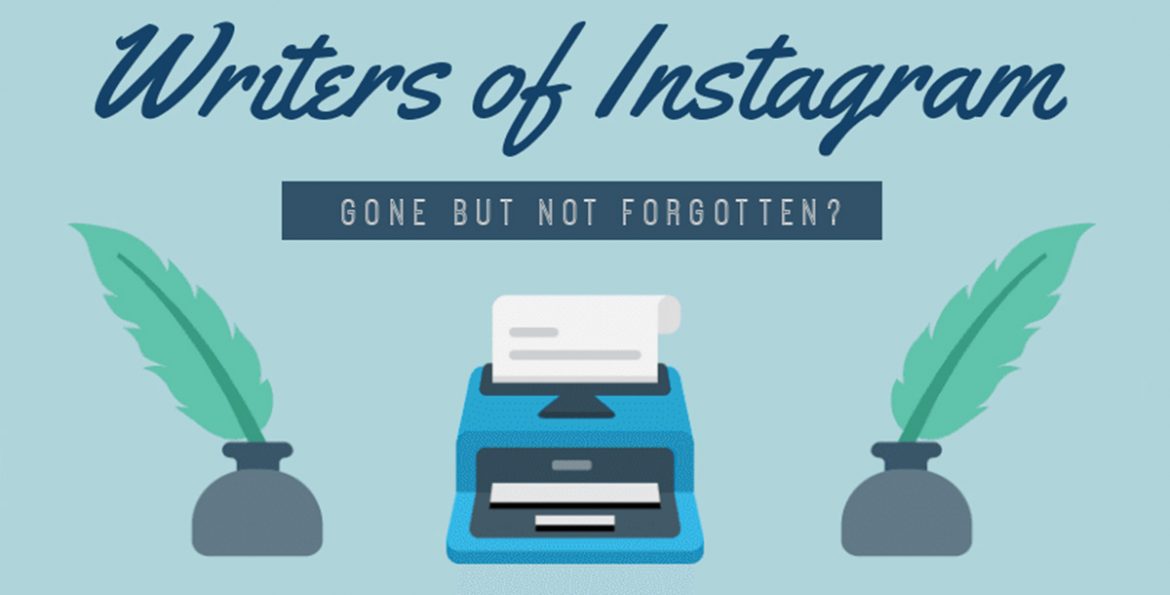 The Most Instagrammable Writers of All Time

The Most Instagrammable Writers of All Time by Rebecca Armstrong

It might surprise you, but books are all the rage on Instagram. Literary hashtags like #books, #bookstagram and #bibliophile are used for millions of posts, from memorable quotes, to photos of impressive bookshelves and beautiful libraries.

This trend gives us a new way to investigate the enduring popularity of authors who are no longer with us – from classic authors like William Shakespeare and Jane Austen, to modern losses such as Maya Angelou. The team at McGowan Transcriptions have done just this by analysing the use of hashtags to investigate which authors are ‘gone but not forgotten’. They’ve looked at hashtags related to both the names of the authors themselves, e.g #shakespeare, #janeausten, as well as tags about their works to see which books, poems and plays have the greatest resonance in the modern age.

On top of this, they’ve also taken a look at Google Trends data to see which events, anniversaries and even Google Doodles correlate with the biggest surges in Google searches.

Take a look at the top 5 results below, or scroll down to see the full infographic and data.

Four hundred years after his death, this iconic poet and playwright still enjoys immense popularity. His literary works are renowned around the world – his plays are still regularly performed in theatres globally and adapted into films, whilst his works are an enduring staple of school curricula. With this in mind, it’s probably no surprise that the Bard of Avon has earned the top spot in this study.

His most Instagrammable work is Romeo and Juliet with 600,000 mentions – this tragedy of young star-crossed lovers clearly has still the capacity to bring tears to readers’ eyes (and a few extra likes to their Instagram posts!).

The creator of Middle Earth, Tolkien’s oeuvre of fantasy books are adored by many. In fact, hashtags relating to The Lord of the Rings, and The Hobbit have been used almost five million times on Instagram.

Naturally, the immensely popular film adaptations of his novels won’t have harmed Tolkien’s social media success. This is emphasised by the Google Trends data analysis – with each release of a new film in The Lord of the Rings and The Hobbit trilogies, searches for Tolkien shot up drastically.

Poe’s name is mentioned on Instagram far more than any of his works. He’s an icon of the unusual, Gothic and macabre so definitely lends himself to a certain aesthetic. Plus, a quick overview of the top posts on Instagram shows a fair few fan art portraits too!

As for his prominence in Google searches, Edgar Allan Poe enjoys an annual upsurge in October – in time for both Halloween and the anniversary of his mysterious death.

Maya Angelou is one of the few modern writers to make it on to the list, and it’s clear her thought-provoking works are a huge inspiration for many. Her 1969 memoir I Know Why The Caged Bird Sings is probably her most well-known work, so it’s no surprise that it’s also the most Instagrammed.

Despite being practically unknown in her lifetime, Jane Austen’s collection of novels became incredibly popular following her death. Even today, they’re often adapted into films, as well as odd parodies like Pride and Prejudice and Zombies. Speaking of which, Pride and Prejudice is her most popular work on Instagram, with almost 350,000 hashtags.

To see the full study of twenty-seven authors, take a look at the infographic below!