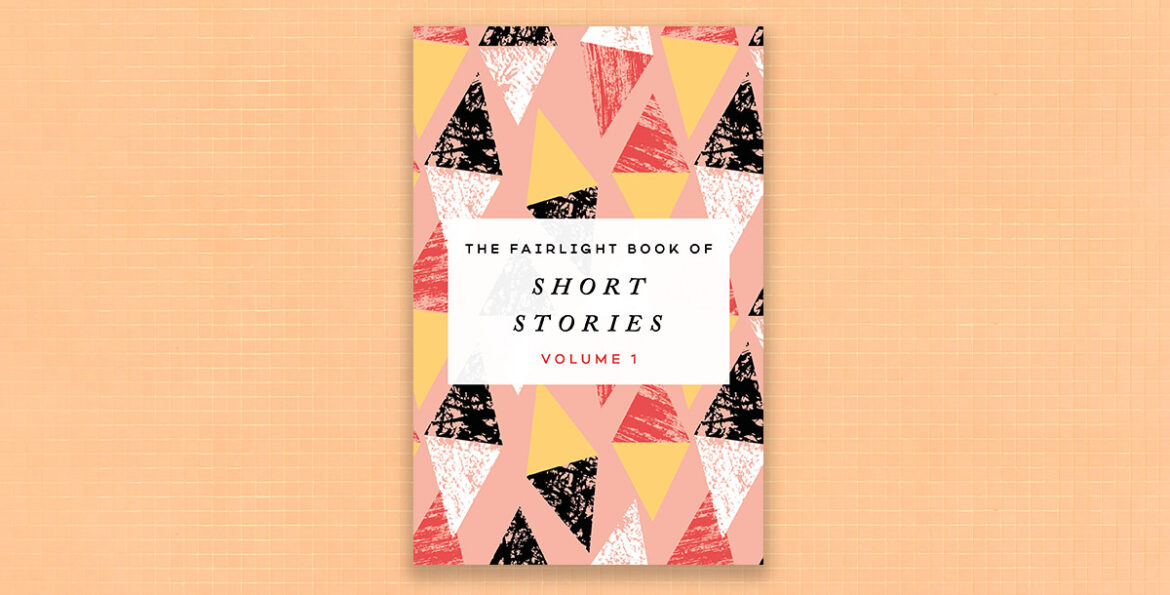 The Fairlight Book of Short Stories (Volume 1): Behind the Stories

Published on 1 October 2020, The Fairlight Book of Short Stories (Volume 1) is an anthology celebrating the short story form. Comprised of twenty-four stories, there is sure to be something for everyone, from the strange and supernatural, to the dark, poignant and even humorous. We asked its twenty-four authors what inspired them to write their story.

My Friend Hristo is ultimately about the paralysing fear of consequence. How do you live with yourself after you’ve done something you cannot possibly abide? You become someone else. To quote the story, ‘I no longer knew how to live with myself, but still I lived.’

Abi Hynes, The Ghosts from Kathmandu

The Ghosts from Kathmandu began with me trying to write a spy story, but it quickly turned into something stranger. I hung on to one of the ideas I borrowed from spy stories – a business that professionally ‘disappears’ people and gives them new identities – but I quickly got more interested in Leena and Anuj than their clients.

I wrote this story whilst visiting a stunning little tea garden near Weymouth in Dorset. It was late spring, the trees were glorious. I was feeling the full responsibility and powerlessness of my middle-age, middle-generation place in the family. My sanctuary in that year was my ongoing MA (at Birkbeck) which helped me to give myself permission to take the whole day off to sit there with coffee, cake and notebook and do nothing else. A great day – this story transports me right back to that place.

The 2018 Fairlight invitation for submissions about winter led me to reflect on midwinter as a time of renewal. This seems particularly appropriate now, as 2020 ends and 2021 offers hope for a new beginning. At the back of my mind were Michael Tippett’s opera The Midsummer Marriage (1955), and a memory from childhood – a picture of a beautiful woman in red velvet. She became my subject and narrator, the indestructible life-force who is both mythic and human.

Marie Antoinette is usually associated with decadence. But when she first married the Dauphin, at fourteen, she had difficulties to adjust to the Court of France. Her refusal to speak to a certain character due to doubtful morals almost caused a diplomatic crisis between Austria and France. It was these events and this vulnerable side to Marie Antoinette that I wanted to explore in my short story.

All stories come from somewhere, and originally the voice of the character in Soda Jerk was my attempt to write in a style like Raymond Chandler. I’m a fan of all the Philip Marlowe novels and those killer one-liners of his. Though I don’t myself write crime or detective stories. Then one evening I sat watching Douglas Sirk’s 1952 comedy, Has Anybody Seen My Gal? which starred a young Rock Hudson, as a nice but poor soda jerk. And then the title Soda Jerk got into my head and I couldn’t get it out, and I thought, ‘What if Philip Marlowe had become a soda jerk in a drugstore instead of a private detective?’

I seldom know what influences me to write a particular story. In Bird Brains a dinner party conversation on that subject, while the diners consumed several dead, denuded birds, was the starting point, the story developing organically from there, I, writer in typist mode, bashing it out to the end. After which comes the enjoyable process of recording what I’ve written, often changing sentences as I go, playing back/marking up/editing on screen, over and over and over… and over.’

I’d often heard my mother recall the bitter cold during winter 1963 in Liverpool. I thought of the disconnect between men in offices, gleefully taking advantage of being stranded at work during a snowstorm, and their wives, desperately waiting for their husbands to come home – and the story of my pregnant, teenage bride took shape.

This story brings together a few hallmarks of my stories – a specific place I’ve visited that left a strong impression on me (in this case, during a trip home to Aotearoa), a strange story that someone told me, and characters who are driven by an impulse they find hard to name.

A fascination with memories: vivid, buried, true, false, subjective but inherently linked to a sense of oneself, lies behind the writing of The Miner.

Omar Sabbagh, The Fragility of Goodness

The main thrust, purpose and inspiration for my story, The Fragility of Goodness, was the notion that so much of our meaningful experience means what it does not from expected, (pre)determined causes, but from contingencies, flukes, so that the question of why we live the lives we do is not: ‘why?’, but rather, ‘why not?’  I tried in my story to deploy this theme across a small drama.

My old flatmate, a Zimbabwean literature scholar, was visiting me after a long stay in Bulawayo. We were talking about the news and he mentioned that mermaids were being blamed for drownings in his home region. Then a character from my hometown in Oklahoma popped into my head and said, ‘Fucking mermaids. Thanks Obama.’

I enjoy reading and writing about families – especially those that are dysfunctional, which every family is to some degree. I’m interested in the way they’re tangled up with love and angst. Even the closest relatives can have opposing characters, opinions, beliefs. Here I honed in on a defining moment of a difficult mother-daughter relationship, which is coloured with self-sabotage and cruelty. And the Parma Violets? I liked the parallel between a bitter encounter and something sweet.

Hannah Stevens, She Picks Up the Cat

She Picks Up the Cat was inspired by my real-life experience of domestic violence. The story was the first time I was able to put in to words, in part, what had happened to me. It feels incredibly poignant that Fairlight Books have published this story and that something positive has come from something so dark.

I wrote Funreality because I wanted to make something relatable and light-hearted about freelancing, depression and loneliness. It’s like a millennial Mrs Dalloway in short bursts, or Bridget Jones’s Diary without the men, cigarettes, or punctuation.

There is a laneway between housing estates identical to the one in Locale that I pass every day on my cycle to work. One evening the story of Fintan unfolded in my head and by the time I got home, it was ready to be committed to the page. The loneliness of his passing and his friends’ dislocation from their childhood stomping ground struck a chord with me.

I wrote Marble Mountain just before I wrote my novella, Atlantic Winds. Both take place in the same town, Bear Lake, and involve(d) people I knew and loved growing up there after leaving Ireland. Eden is very loosely based on a woman who was our babysitter there – an important person in our lives, to whom we all owed a great deal.

I wrote Atoms after sitting on my bed one sunny morning and trying to write an arresting first line that led into the idea that when we die, our atoms simply merge with the ecosystem and don’t end. I ended up with a physics student at uni staggering out of a difficult moment into a bright day, with a new watch.

Quite a few years ago my old computer quietly died. A few years ago, rabbits appeared in our back garden and stayed. Recently my husband was diagnosed with prostate cancer. I was sat looking out into our garden one afternoon at a lone wee rabbit as it sat looking back at me and I thought, ‘oh’. I wrote The Rabbit that afternoon.

Cold Turkey was hatched for a competition to write an entertaining seasonal story in just two hundred words. My bird’s eye view of Christmas didn’t win, but I’d grown rather fond of my ‘plucky’ little turkey and was delighted when he found a home in this wonderful anthology.

I love the sea – I find it very inspiring, and it often features in my writing. I see the sea as a liminal place, where a character can be suspended and transition to a new space, a new life. Just before writing this story, I’d read about Ross Edgley, who swam all the way around Great Britain. This led me to play with the possibility of going for a swim and swimming on, swimming away.

The idea for Misper came to me on a dark October evening as I lay in the heather on Hankley Common waiting for Nelly the Search-and-Rescue dog to find me. It was just a training exercise, but when she tracked me by air scent straight to my hiding place, it struck me as amazing and almost a touch supernatural.

Max Dunbar, The Search for Atlantis

My story was inspired by this article by Sarah Laskow in Atlas Obscura, about the Choose Your Own Adventure books I used to read as a child.

I wrote The Cloud Loom a couple of years ago at a flash fiction workshop. My prompts were ‘rain on a window’ and ‘a scarcity of water’ – and this is what came out!

You can find out more about The Fairlight Book of Short Stories and links to order here.