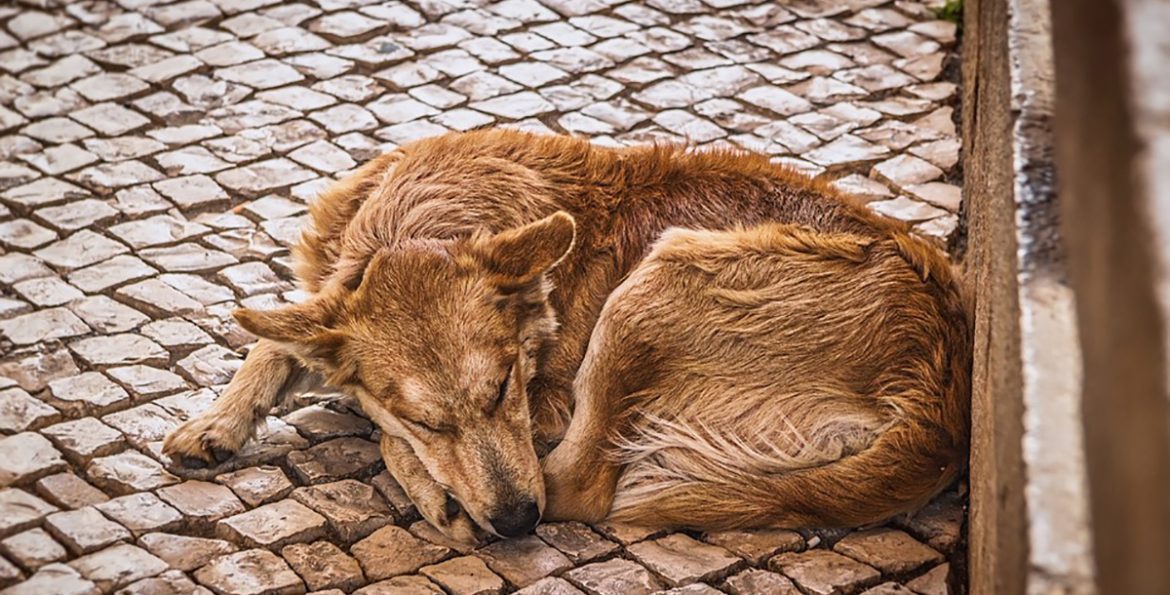 Our short story of the week is a story about humanity from the writer Rebecca Audrey Johnson.

Rebecca Audrey Johnson has worked in the UK and abroad as a freelance translator, and has prior professional experience at various organisations linked to international affairs. She has a BA in French and Hispanic Studies (2002) and an MA in International Relations (2008) from the University of Birmingham. In 2013, she commenced her AHRC-funded doctoral research in Translation and Intercultural Studies at the University of Manchester.

The Dogs follows a stray dog doing her best to survive in a dangerous world.

‘She woke suddenly, cheated by the shade. It had seemed the perfect spot, accessed via an alleyway running behind her, now hidden from view. Halfway down the narrow passage, which was really more of a space between corrugated iron sheets than a real passageway with meaning or direction of its own, she had almost turned back. But curiosity had won out in the end, fuelled by a desperate conviction never to go back – on anything in her life – and instead just keep moving forwards. She had emerged from the alleyway into a parcel of uninhabited, littered earth interspersed with large, cracked concrete pillars. The pillars were graffiti-strewn, though she did not understand the pictures or words. All she knew was that these were signs left by humans. If they were messages or warnings, they were not meant for her; plus there were no alarming smells, nor any other clear or present sign of life, so they could have been left a long time ago.‘ Read more…

A Brief History of Book Format