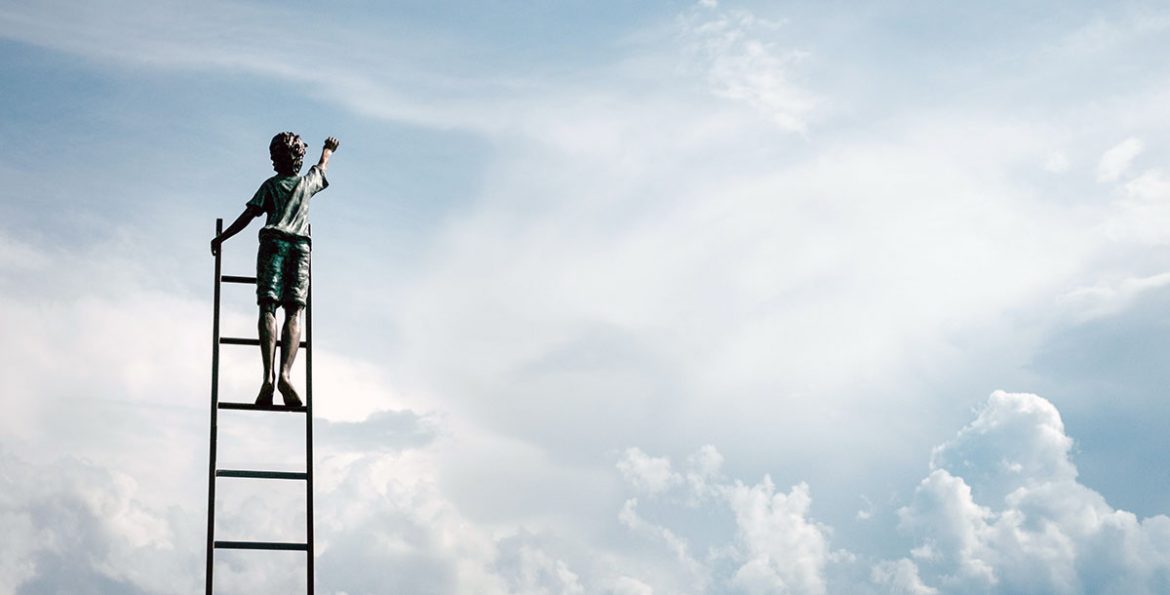 Our Story of the Week is a paranormal story from the writer Jasmin Kirkbride.

Jasmin has an MA in Ancient History from King’s College London. She currently lives and works as a publisher in London with her dangerously large collection of books. Jasmin must write or she is subject to mood swings.

Her short story fiction has been published in various magazines, including Open Pen, Haverthorn, Hark, and The Cadaverine. As for her flash fiction, Jasmin has won the TSS Monthly 500 Contest and been shortlisted for the Kilburn Literary Festival Flash Fiction competition. She has also written a series of self-help books aimed at young adults, including Stress Less, Believe in Yourself, Boost and Don’t Panic. Her writing is represented by Sandra Sawicka at Marjacq literary agency, and she is currently working on her first full-length novel.

In The Cloud Loom, Jasmin takes us above the clouds to see what dreams are really made of.

‘The rain begins with that soft, familiar sigh of release. No pitter-patter – not from this altitude – but a sense of falling with no confirmation of receipt. One long, diminishing descent.

His heart sinks and he rolls over, hiding his face in the pillow for just five more seconds, trying to blot out the inevitable. The mean, repeating rainfall days stretch out behind, and into an imagined beyond, dreaded only because a cave of memory decades-long tells him it never used to be this way.

He sits up to confirm by sight what his marrow knows already, watches rivulets of condensation slide down the panes, interrupted by lead-work and caught motes of dust. He scoops one under the pad of his finger. Stops it in its tracks. The light flickers and the mist falters beyond his silent room. Yes, raining, and where the drops fall, the world below will be washed away.

‘Sudhev,’ his voice is hoarse with just-waking as he calls his assistant. ‘We must check the mills.’ Read more…