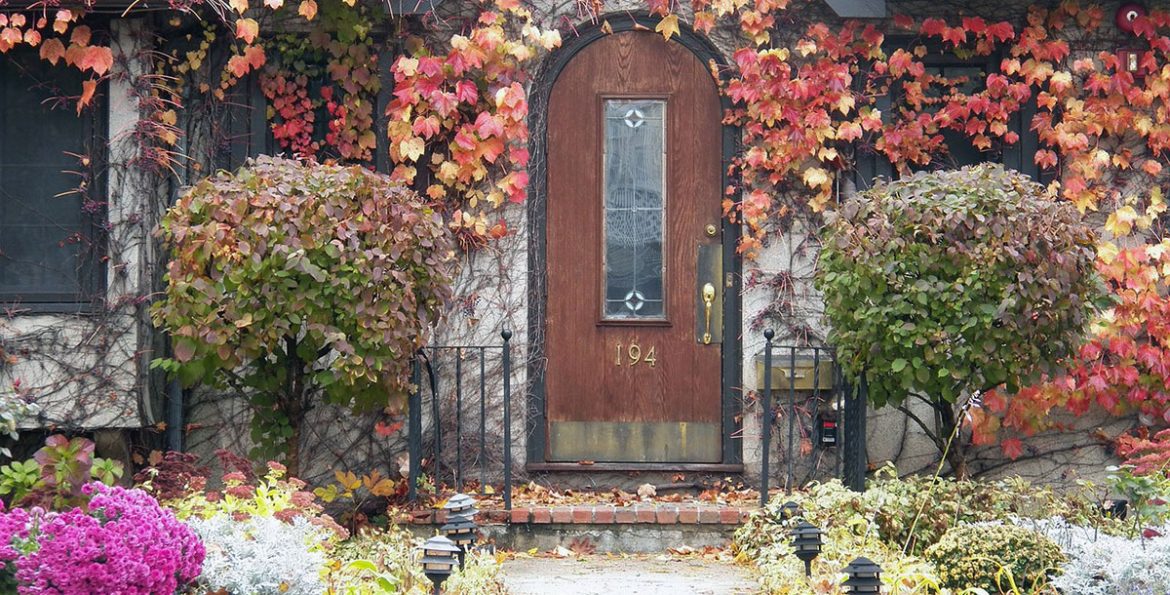 ‘Hiya Margery,’ the young woman called over the back-garden fence. ‘How’re you feeling?’

‘Morning Tracey. I don’t feel too bad today. The pills help. I must be taking so many now it’s a wonder the pharmacy has any left for anyone else.’ Margery paused, took off her gardening gloves, pushed her wispy grey hair out of her eyes and wiped her forehead with a tissue from her pocket. ‘Anyway, never mind about me. I’m just a grumpy old woman. How’s young Tyrone? He was a bit peaky last week?’

‘It was just a cold. He’s okay now, thanks.’ Tracey watched Margery for a few moments. ‘I love watching you prune those rose trees. You’re so gentle and loving. It’s as if – oh, I don’t know, as if it’s a person you’re caring for.’

The two women chatted for a few more minutes until Tracey heard the noise of squeals and yells from her kitchen. ‘Kids,’ she yelled before dashing off towards her open back door.

Margery continued with her gardening, humming quietly to herself as she sprayed the shrubs with a fungicide to stop the black-spot disease from destroying the leaves, and then she put more fertiliser round the base of the tree. She stood up slowly from her bent-over position; wincing as the pain in her back reminded her she was almost eighty years old.

She looked round at her pristine garden and knew it would not remain in that condition for very much longer. She shook her head sadly thinking that in a few months’ time all her hard work would be destroyed.

Soon she would be dead.

The doctors had given her just a few weeks to live when they had diagnosed a brain tumor. That had been two months ago, but Margery could feel death creeping up on her. Tapping on her shoulder. She could feel it in her bones and in her body. She knew she would not be on this earth for much longer.

Was she glad or sorry to go? She wasn’t sure.

Her mind drifted back to the time when she and her husband had bought this house, a pre-fab bungalow just after the Second World War. Many of her neighbours had converted their draughty, dated homes into brick-built structures, but Margery had refused to go down that route.

She told her friends, she liked it just the way it was and did not want anybody – however kindly it was meant – to come in and alter her house or garden in any way.

Apart from changing the wallpaper and carpets every few years, the only alterations to the house had been the addition of a pond that Margery had dug at the bottom of the garden. Then, after a few years, she had become fed-up of cleaning out leaves in autumn and frogs in spring, and she had filled it in again to make the area into a rose garden.

She remembered how the first few trees she planted had not lasted more than a few years. Then, one afternoon, as she glanced through a garden catalogue, she noticed a rose tree with the same name as her husband, Graham Thomas. She had bought five of the trees from the local garden centre and planted them with great care in her rose garden. With meticulous nurturing, those trees had lasted many years.

Then she smiled as she recalled the day she and Graham had met at a dance to celebrate the end of the war. It was love at first sight. He had served in Burma and, when they had first married, his sleep was still given over to the nightmares of the sights and sounds of that time. Margery had been a Land Girl and worked long, hard hours on a farm. She was fit and strong from digging ditches, catching rats and gathering in the crops.

Margery’s father had died when she was a child, but when Margery announced to her mother that she was getting married, she told her, begged her even, to wait a while, pleading with Margery to get to know Graham better before getting married.

She knew she had been a head-strong girl in those days and thought she knew better than her mum. After all, what did her mum know? Parents were old; they didn’t know what it was like to be in love.

Without saying any more to her mother, she and Graham quickly and quietly became Mr. and Mrs. Thomas. Two of their friends had been witnesses and after a few days honeymoon in Brighton, they moved into the newly built, pre-fab bungalow on the estate on the edge of town. Graham got a job with the Gas Board and Margery became a secretary for a firm of solicitors.

By 1955, Graham had lost his job and spent his days drinking and betting on the horses. He had soon gambled his way through Margery’s inheritance from her mother.

They had had occasional rows during their marriage, almost from the start. After Graham lost his job, those rows had escalated and became almost non-stop sniping and yelling.

Then one day Graham went out of the house and never came back. Margery had reported him missing to the police but they said there was not much they could do. He was a grown man and if he wanted to walk out and leave her and his home, there was not much they could do about it. It was his choice. They even implied it was her fault because, they told her, if she had not nagged him as much, he would not have left.

Many years have passed since that day. There had been no sightings of him and the police quickly lost interest and moved on to more important matters. They had far more urgent cases to deal with than that of a married man who had left his wife.

Graham had never been seen since.

A few days after Margery had finished pruning her favourite Graham Thomas rose trees, the angels came for her. Her last thought was for the new people who were to buy her old bungalow.
She hoped they would not be too upset when they found the skeleton of a man with a knife in his chest, beneath the rose trees bearing his name.