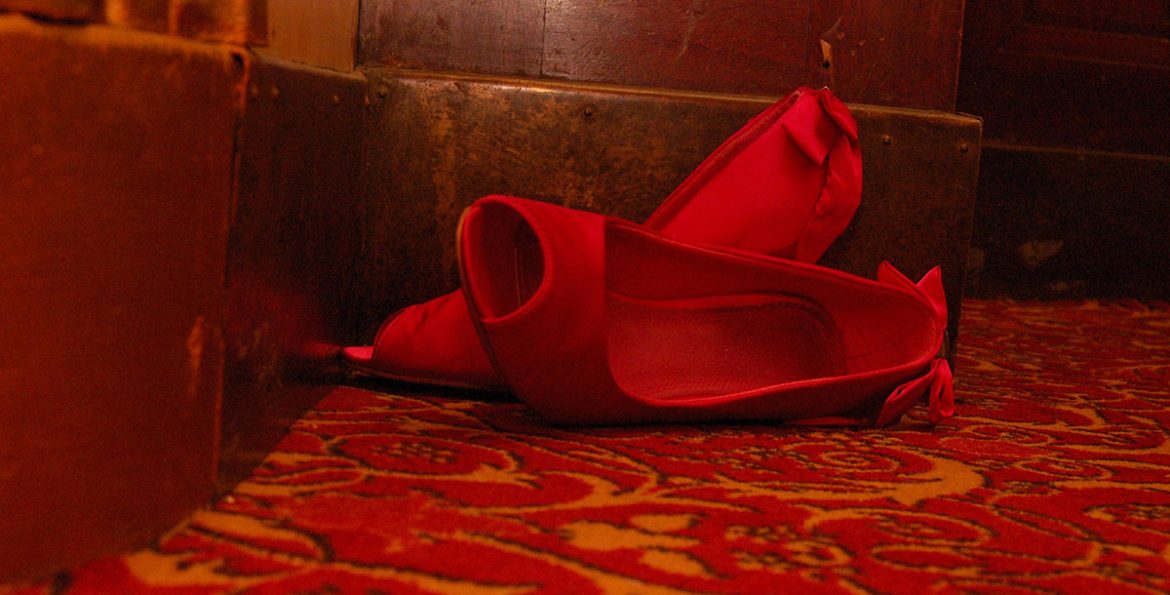 Our Story of the Week is a fairy tale from the writer Paul Blaney.

Paul is a British fiction writer who now lives in the United States. He works as an assistant professor at Rutgers University. He also enjoys hiking and coaching football.

Paul’s first story won him a beautiful hardback of The Wombles, which was presented by Elizabeth Beresford herself. He went on to win a Tom Gallon award from the Society of Authors. Paul has published many short stories, a novel, Mister Spoonface, and two novellas, Handover and The Anchoress.

In Red Shoes, Paul weaves a masterful tale of a young woman who loses everything but is determined to reclaim her independence.

‘Once there was a woman who sat in the street and watched her house burn down. Dancing against a starless sky, the flames made her think of candles in church, for this woman was a Christian sort of woman. The dark smoke rising from those candles seemed to carry her prayers up to Heaven. For what did she pray? She might have prayed for her parents, trapped by the blaze in an upstairs room. She might have prayed that the chain of men passing buckets would pass them more quickly. She might have prayed that her two beautiful sisters would love her better, or that God would send her a good Christian husband. In her startled, lost-to-the-world state, however, it didn’t occur to her to pray for any of these.

But imagine you were strolling through town that night. Drawn to the drama of the flames, you’d have noticed a figure neither frail nor hearty, neither blonde nor dark, perched on the lip of a water trough. Her wide eyes you’d have noticed first, reflecting the light from the burning house. Being an observant type, you’d have noticed, too, her dishevelled state. Ah, you’d have thought to yourself, this must be one of the unfortunate residents, woken from her dreams and chased from her home by impatient flames. Perhaps your fancy would have reached further, seeing in this isolated figure a subject for the painter’s brush: Orphan of the Blaze. (She was indeed an orphan, or soon would be, though you could hardly have known that.)‘ Read more…