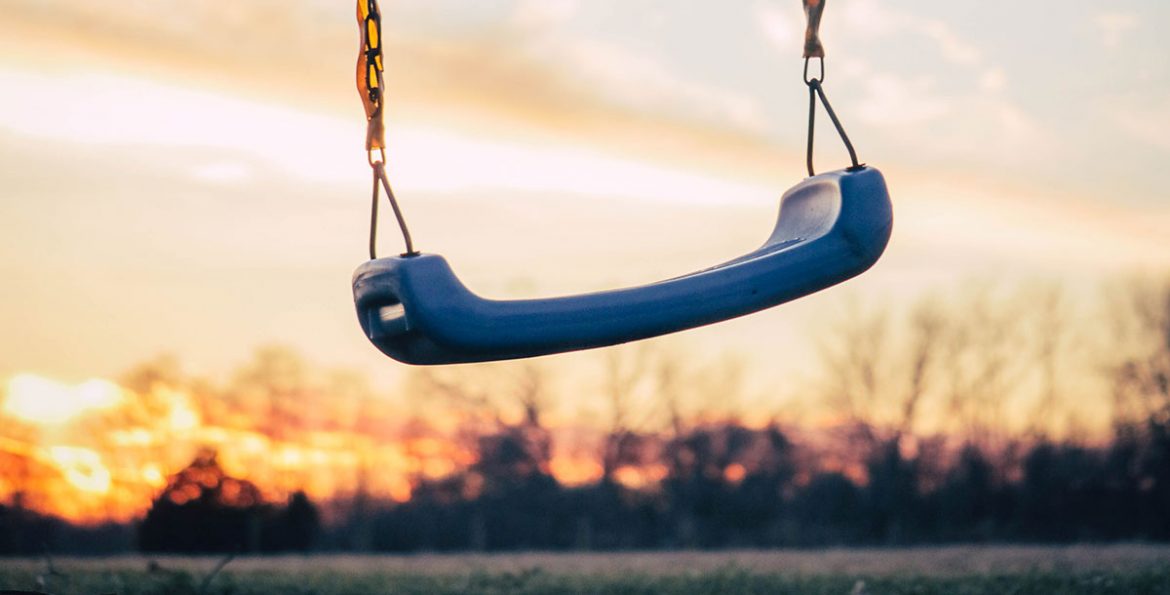 When Misha lost her fifth baby tooth, she understood that she was going to die one day.

She couldn’t say why it was this tooth in particular that had caused this revelation, but there it was, plain as the bloody molar in her palm: the truth, plucked out into the open from a place where it had been hiding, snug, and dark, and safe. To make way for something else that was, as yet, unknown, but coming – ready or not.

She was fond of this tooth. It had been loose in her mouth for what felt like forever, and she had dedicated many happy hours to it, unable to resist the urge to wiggle it with her tongue until her jaw ached and her mouth tasted like pennies.

‘Stop it,’ Misha’s mother had said in the park, when she caught her staring fixedly into the distance, her mouth working with obscene concentration. ‘You look strange. You don’t want people to think you’re strange, do you?’

Not being thought strange was very important in Misha’s house. Her parents talked about it as if they believed they were under constant surveillance; it dictated the clothes Misha wore, and the time she went to bed, and the questions she was allowed to ask them, even in the car with the windows shut and the radio on. Sometimes, it made Misha feel like a celebrity; she simply could not be seen at the shopping centre in a pink jacket that clashed so horribly with her bright red Minnie Mouse t-shirt – she was far too important for that. But most of the time it made her feel afraid, and by the time her fifth tooth finally fell out, she had already learned the unspoken rule that meant she was always absent on school photograph day, and her mother made them walk the three miles home if a police car drove too slowly past their bus stop, and family holidays ended abruptly if they saw a man in a dark jacket more than once.

Her tooth came out one afternoon at school. Brown and gory, with its surprising root like a shark’s tooth. She carried it home and presented it to her mum, who knew from looking at her that this was no time for the Tooth Fairy. Without a word, she took Misha upstairs to the master bedroom. She brought down a cardboard box that was hidden behind the hats and scarves in the top of their wardrobe. Misha watched, breathing shallowly, as her mother withdrew a little metal tin and opened it. Nestled inside, tucked up tenderly in a bed of tissue paper, were her other four baby teeth, to which Misha’s mother now added this one – the biggest and lumpiest and best loved of them all. They looked like dead things, Misha thought. They looked private, and indecent, and like they shouldn’t have been kept.

Misha looked at what else was in the shoebox. If she had been hoping for baby photos – which the other children sometimes brought in for ‘Show and Tell’ – she was disappointed. Instead, there were some shells she remembered collecting from the beach at Formby, and a purple bow that had been cut from her favourite dress when she’d outgrown it, and some drawings she’d made of the house they used to live in and had been so sad to leave. And there, underneath, in another little tissue paper parcel, was a lock of hair; silky and fair and utterly unlike Misha’s.

‘That was your father’s baby hair,’ said Misha’s mum, and took it from her.

There were lots of things that Misha wanted to ask. But the unspoken rule told her that she would only be allowed one question, and so she prioritised, and said, ‘What will happen to my teeth after I die?’.

Until the words were out of her mouth, Misha didn’t realise that she had been hoping for a comforting lie. Another mother, she thought, might have hugged her and said, ‘You’re never going to die, sweetheart. Don’t worry. Your dad and I will look after you.’ But hers didn’t. She put away the shoebox, carefully tucking it in behind the scarves and sliding back the wardrobe door.

Then she looked at Misha, and said, ‘I suppose they’ll stay here. Unless somebody finds them, and takes them away.’

A few weeks later, Misha was allowed to host her first ever birthday party. Perhaps her parents felt she needed cheering up; or maybe it was just the least strange thing and had to be done, given that her class teacher had expressed concern about Misha’s newfound obsession with how soon various people and animals were going to die, and what would happen to their bodies.

They were about to start a game of pass-the-parcel, when Misha found herself caught up in a conversation about babyhood. Her friend Sapphire had been a huge baby, Sapphire’s mum was saying – nine and a half pounds! – which made Sapphire grin like it was a great achievement on her part, and the grown-up women exchange knowing grimaces.

‘How much did you weigh when you were born, Misha – do you know?’ asked Sapphire’s mum, and Misha shook her head, suddenly ashamed.

‘Mum says I was a very happy baby,’ she said, to appease her audience. ‘The first time I looked at her I smiled, and that’s how she knew that I was hers to keep.’

The atmosphere in the room changed then. Misha knew that she had broken the rules, and when she saw her dad’s face she was afraid that he was going to stop the party and send everyone home.

‘Come on then, let’s get on with the game!’ he said, too loudly. He stopped the music so that everybody got a present except Misha, which the other parents chose politely not to notice. Inside, Misha felt something wobbling, and when she swallowed there was a lump in her throat that hurt her. She worried that she had lost another tooth without realising, and got it lodged there. When it was time to blow out the candles on her cake, she wished that she was dead already, and buried somewhere quietly in the ground, where she could stay very still, and no one would watch her for mistakes.

At school they started watching her, too. Misha stayed inside at playtime and drew pictures. All smiley, happy families: Mum, Dad, Misha. Mum, Dad, Misha. Once, she forgot to draw Dad’s glasses, and had to race back during dinner break to ask to put it right.

‘I just forgot,’ she mumbled to her teacher, bending low over the page and pressing as hard as she could with the pencil. His frames were black, but all the crayons had been packed away. Mrs Lingley looked up a number on her phone and called it.

The day before they moved again, Misha waited until her parents were outside loading up the van, and climbed up on her mum’s sewing chest to retrieve the shoe box. Underneath more tissue paper and the lock of hair, she found a photograph of some other children playing, taken from a distance, and a map with places circled on it, but these she discarded. She took her five teeth from the little tin and carried them out into the garden, where she buried them. She told herself a story in which they would grow, like trees, into other children – into brothers and sisters who would have hair and eyes like hers, and who she would be reunited with one day. But really, she just wanted to leave a piece of herself behind in this place that had been her home; perhaps to be dug up by some future archaeologist, when she herself was long gone.

‘You are a very special girl,’ said her mum, squeezing her leg from the front seat as they drove away, the streetlights burning like birthday candles as they flashed past them in the dark. Misha wondered if she meant ‘different’, which was bad, or ‘precious’, which was good, but she didn’t ask.

In another town, she would grow into a woman who holds onto things too tightly, who would frighten people with the sort of longing it is difficult to disguise, whose friends would talk about ‘needing a break from’. But for now, she was seven years old, and still the age when adults think your wounds are soon forgotten if you cease to mention them. The space in her mouth would not be empty for long; already she could feel a sharp point emerging, and she imagined she was a snake shedding its skin, the new, grown up Misha rising from where it has always been; waiting, inside herself. Coming. Ready or not.

Enjoyed Ready or Not? Try Abi Hynes’ another short story The Ghosts from Kathmandu.