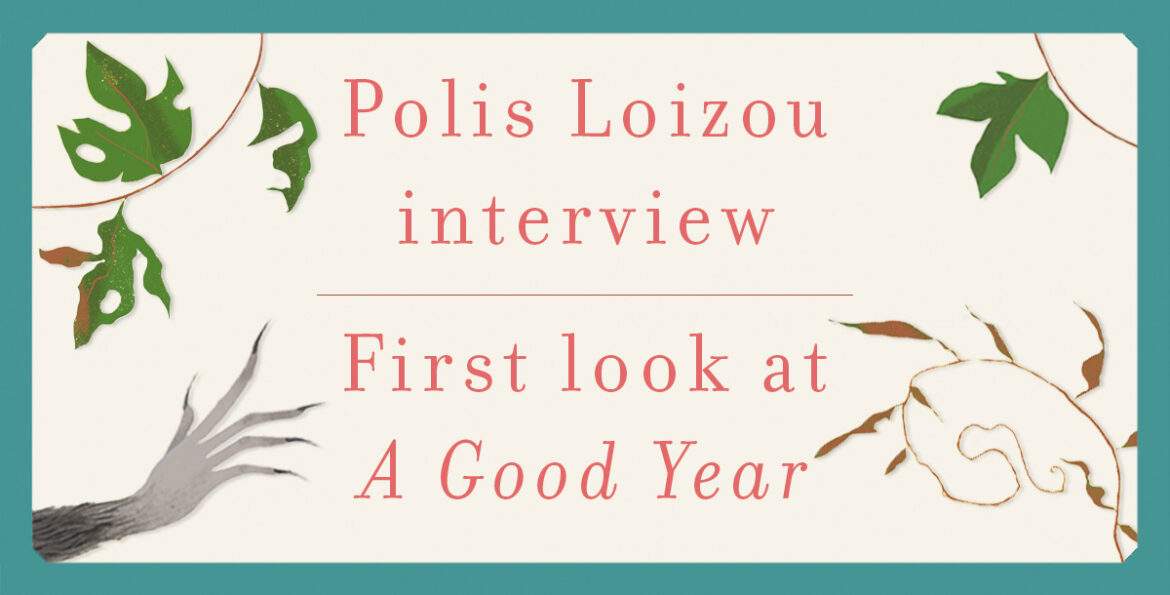 Polis Loizou is the author of A Good Year, a new addition to the Fairlight Moderns publishing on 1 April 2022. Inspired by Cypriot folklore, A Good Year is a dark and tense folk-horror focused on love, loss, superstition and forbidden desire. Read this interview with Polis Loizou to find out more, and to see an exclusive sneak peek of A Good Year. 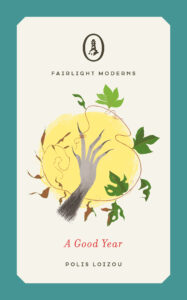 How did you start writing, and what does writing mean to you?

Writing is simply a thing I’ve always done – my favourite aspect of English lessons was always the creative writing bit. I wrote a “book” when I was nine (probably a long short story), then progressed to writing ghost stories regularly. At fifteen I wrote my first novella – a story I’m still reworking – and eventually went on to write my first novel, Disbanded Kingdom, which was published in 2018. Writing has always been a way to channel my feelings and passions. I see it a bit like holding out your hand and hoping someone takes it in theirs.

What inspired you to write A Good Year?

While writing my second book, The Way It Breaks, I got the idea of writing a novella set over the twelve days of Christmas – something that builds in tension, that’s short and sharp but lingers. I couldn’t get that structure out of my head. When a friend from Cyprus brought a book about the kalikantzari back from the motherland, it finally clicked. I’d been thinking about setting something in England over the twelve days, but once I remembered that these goblin creatures from my distant past came out at Christmas, the idea grew hooves.

If you could describe A Good Year in one word, what would it be?

A Good Year contains elements of Cypriot folklore. How did you come to include this in your writing?

Once I’d tied the structure of the piece with the presence of the kalikantzari – mischievous goblins who rise from Hell at Christmas to wreak havoc on humans – I knew I could use them as a way to tell my story of parents-to-be, with Cyprus’ colonial tensions looming. It’s a tale of fear, many kinds of it, and folklore can be a brilliant crystallisation and reflection of universal human concerns. But I also wanted to enrich the story with Cypriot folk customs and rituals that even young Cypriots might not be aware of. Cyprus is a fascinating country shaped by many cultures, whose history and character tend to get overlooked.

Because of the scarcity of material on Cyprus history in the early twentieth century, some of the historical detail was challenging to get hold of. It’s hard to invoke a time and place you haven’t lived in, but I was helped by my approach to this book in particular; I told it as though it were a folk tale. I love economical writing, which has common ground with oral storytelling – simple phrases can conjure entire worlds.

Layers. Even the shortest tales can be rich, and stay with you for a long time.

What’s the most surprising thing you’ve learned from writing A Good Year?

While writing it, I started to see kalikantzari, these creatures I’ve known about my entire life, as an analogy for hardship – or even depression. Something bad that comes every so often but goes away again; a guaranteed cycle we have to get through. I found comfort in that.

Impossible question! I don’t do absolute favourites, but I was blown away by Jean Rhys’ Wide Sargasso Sea. Talk about a short, sharp book with layers. As for living authors, I will drop everything to read a new Ann Patchett.

At the risk of sounding like Lady Gaga in interviews for House of Gucci, I like to find a ‘way in’ to my story. I tend to start with atmosphere and build from there, so mood boards help with that. For both A Good Year and The Way It Breaks, I tried to mentally return to my motherland by drinking rose cordial as I wrote. It’s my madeleine.

I work full-time, so my writing has to fit around that. I used to pressure myself a lot about writing in every available minute, but lately I’ve taught myself to rest. A Good Year, on the other hand, was written in a blaze while I was on furlough for four weeks in 2020, at the start of the first lockdown. I figured I’d never have that much free time again in my life.

On the sofa, with my cats. At a desk sometimes, or the dining-room table. In cafes. On train journeys. Wherever I can snatch a bit of alone time.

I hope they learn a little more about Cyprus – its rich history and culture. Generally, I like people to finish my books with the feeling that they need to process what they’ve just read.

Write what interests you. Passion leaps from the page.

Keep reading for a sneak peek of A Good Year…

On the outskirts of the village, old Yakoumis came face to face with one of the creatures. It was after vespers on the twelve days. The night was black as molasses, and the wind that shook the bushes turned your head into a block of ice. And there, where the road curved down towards the towns, where the edge of the track tapered into a forest of pines, there at the well from which the old man raised a bucket of water, came a voice, thin but sharp as a needle.

Which way to your village? it said.

Yakoumis turned to find a thing that might have been a baby. A clump of black hair it was. In the light of the torch, its limbs unfolded like those of a newborn foal stretching into life.

— Over there, said Yakoumis, pointing towards the church.

Will you take me?

— For the love of God! Of course I will.

But Yakoumis the cobbler was no simpleton; he was a good Christian, and knew at once what this being was. As it extended its hairy hand to his, the cobbler reached for the piece of string he kept in his pocket. It was the method his father had taught him.

Thank you, said the creature.

Yakoumis grabbed its hand, the kalikantzaro wincing and stifling growls as the string pulled tight around its finger. If the old tales were true, and it appeared that they were, the creature was now his slave.

They walked by the light of the full moon towards the church, Yakoumis pulling his new possession along by the string. Imagine what the priest would say! Here he was, a humble cobbler, and he had captured the Devil’s own. Might it be enough when the time came – would St Peter overlook his sins and admit him into heaven?

When they passed the coffee house, the creature was taller. When they passed the cemetery, the crea[1]ture had a nose and lips and ears. By the time they reached the church, it could have been a grandson, covered in dirt from the mines. The door opened onto an empty church. The priest was gone. The village was asleep, every soul at home and in bed.

Yakoumis took the creature to his workshop. There, he tied the string in a knot around the leg of the bench.

— You will make boots from now on, he said to the kalikantzaro.

The thing nodded. But he requested a bowl of nuts and a glass of zivania.

A Good Year is publishing 01 April 2022. Pre-order now from Blackwell’s and Waterstones.