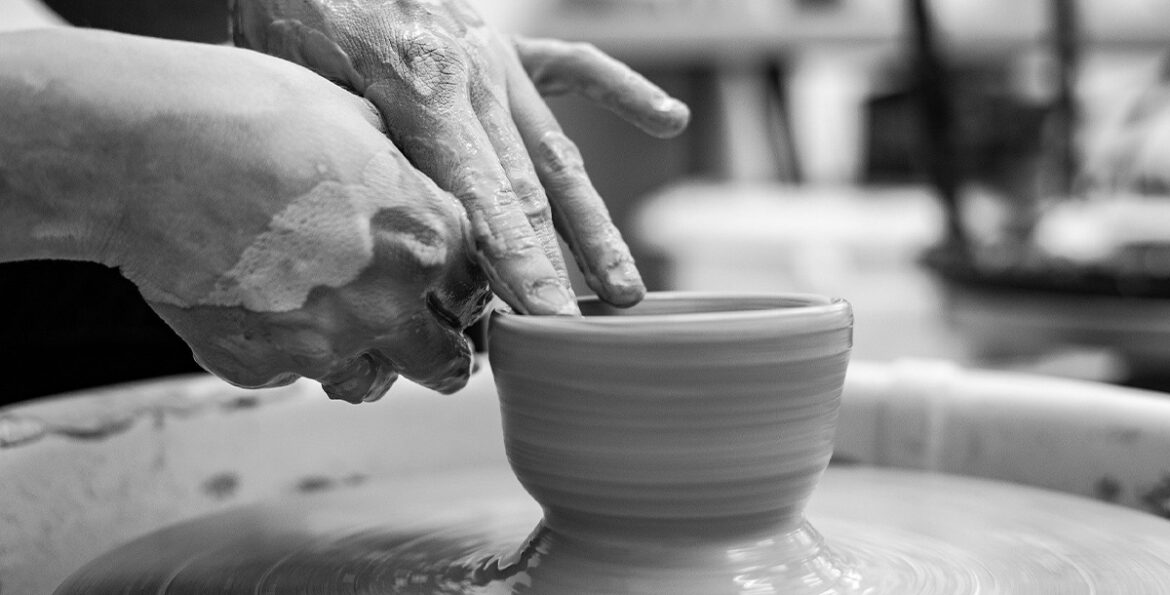 Our short story of the week is a story about conformity by Suzanne Ghadimi.

Suzanne Ghadimi is originally from Montreal, Canada, though she has lived for the past ten years in Scotland. Suzanne holds a BFA from Emily Carr University of Art and Design, Vancouver, BC, and an MLitt in Creative Writing with Distinctions from Aberdeen University. Her practices of visual and written arts often blend into each other in interesting and fruitful ways in her explorations of form and function. Her short story ‘Pixies’ was shortlisted for the Aesthetica Creative Writing Award 2019.

On Display follows a woman taking a pottery class led by a narcissistic teacher.

‘Leather hard! It’s not what you think!’ Evan said, looking pleased with himself. He stood in front of the class as we sat around the well-used tables that filled the small studio space. I didn’t get it. I knew nothing about ceramics and had no clue what ‘leather hard’ meant. I didn’t understand any of the other terms Evan threw at us that first hour either. Some of the younger women in the class giggled at ‘leather hard’, but an older woman sitting beside me just rolled her eyes.

‘Don’t worry,’ Evan said, smiling broadly, ‘I’ll show you everything you need to know.’ The woman beside me, whose name was Marg, made an impatient noise. Evan looked over at her and ever so slightly narrowed his eyes. I hadn’t a clue what was going on; I was just so happy to be there. I didn’t get out much.

I studied Evan and thought he was desperately trying to look as if he was in his twenties, but was more likely early forties or older. His stylishly haphazard beard had quite a bit of grey in it. He was on the slim side but there was a belly hiding under his slightly oversized jumper. I could sympathise a bit, though I’d given up worrying about getting older a long while back. He seemed to be holding on a little longer than some.