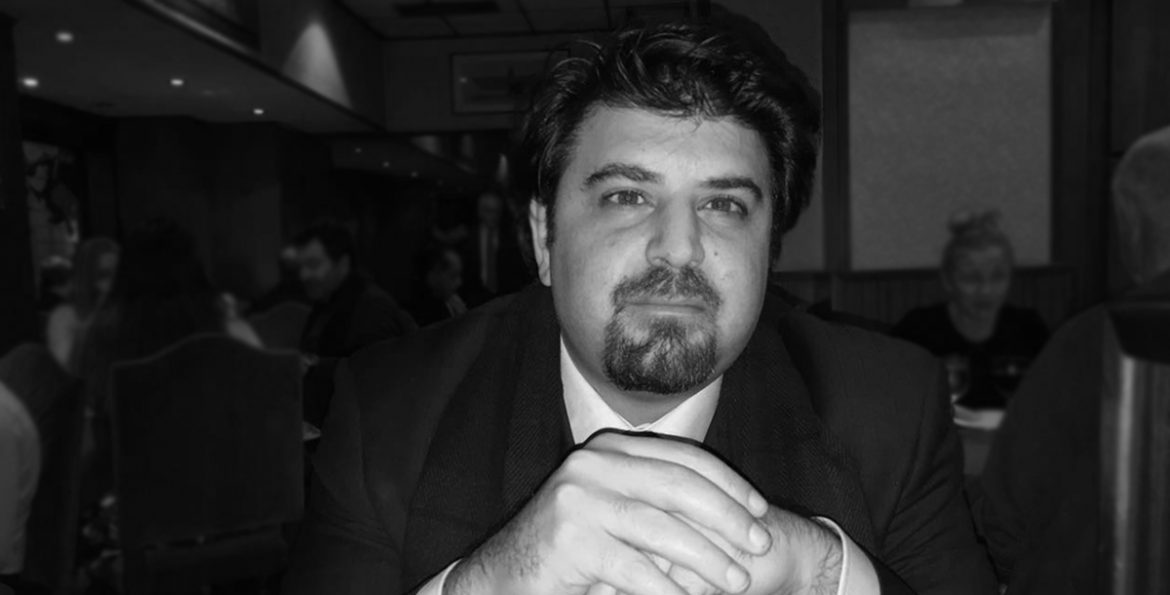 Omar Sabbagh‘s novella Minutes from the Miracle City is published by Fairlight Books. A prolific writer of poems, essays and prose, Omar turns to the novella form for a second time. Set in Dubai, in the last days of Ramadan, this novella vividly evokes the soul of the city and its inhabitants. We’ve asked Omar a few questions about his path to writing, and what and who inspired his latest book.

Primarily as a result of voracious reading from a young age. My mother gave me books by Dickens and Austen when I was about eleven or twelve, which sparked a love of language and the various ways it can be put to use. I began writing seriously in my early twenties. My first publication was a short story titled Benches, which was published by Saqi Books in an anthology in 2004. Shortly after I started a PhD in English Literature at Cambridge, from which I resigned in 2006 ‘to become a poet’. I was lucky enough to have some of my poetry selected for publication in such venues as Agenda, The Reader, The Warwick Review, Poetry Review and PN Review among others. Later I completed a PhD at King’s College London.

In effect my writing ‘career’ started mainly in the mode of poet. However, all my writing and all my writerly efforts, are ultimately about my love of language and specifically, the uses to which it can be put. If it wasn’t for my relationship with words, one which began with my voracious reading life, all the plots and all the thoughts, insights, sentiments, and so on, would be meaningless to me.

I remember my father asking me what I wanted to be when I was fifteen; I replied: ‘A historian.’ At that age my future wishes and ambitions were mixed between wanting to be an academic and wanting to be a creative writer. But both were rooted in a deep love of books. I was somewhat conflicted between the two until I was in my mid-twenties when I found a balance between my critical work and my literary writing.

You write in many different forms: poetry, prose, essays. How does writing one differ from another? How are they similar?

I like to think that all my writing is on a par. But, talented or not as a literary critic, there’s a slightly more special kick from original literary creation. Though I really do feel that my critical writing is just as ‘creative’, I have to admit that the more ‘creative writing’ I do taps into something deeper in me and my imagination, and results in a deeper imprint of satisfaction, of self-fulfilment or self-realisation.

Do you find writing in one form easier than in others?

Yes, I would say that both poetry and criticism are easier than short or long fiction. The condensed and shorter form of verse suits my impulsive ways. Fiction, on the other hand, takes a while to get right. I love the process of writing fiction, especially when I have some sort of goal or purpose set for me to aim at. But it’s true that when I’ve finished a successful piece of fiction, short or long, I happen to love (my) writing slightly more than I did while working on it.

If you could describe Minutes from the Miracle City in one word what would it be?

What inspired you to write Minutes from the Miracle City?

I wanted to write a book based out of my experience in and of Dubai. I started a few years ago with an attempt to write a nonfiction book with the same title. That didn’t work out. So, when in the summer of 2018 my wife suggested I write a Dubai tale, I decided to try it. The remarkable multiculturalism of Dubai was a great opportunity to draft a nice, wide array of characters. Once I began, the thing nearly wrote itself; in fact, I was able to complete a first draft in under two weeks. My wife was very helpful in supplying ideas for some of the characters outside my sort of ken, such as the beauticians. Her Dubai-experience was pivotal to the way I worked up 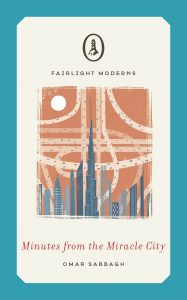 a few of the back-stories in the tale. I actually wrote the first draft during Ramadan that summer, but it was my wife who gave me the idea to set the book during the same period. That chronological setting adds symbolic weight to the tale, eponymous to an Islamic society like Dubai.

The novella is written from the perspective of many different characters. Was there one character that was more challenging to write about?

Probably the Farida character. Because she is the one female character I knew least about. A Moroccan woman, a divorcée and so on, I had more trouble with her than the other characters. For instance, another main female character, Rachel McGinn, was far easier for me to do, because she was British. Although I like to think that I’m able to write up women characters well, sometimes my wife’s scanning editorial eye helped me adjust some of those portrayals.

What do you hope people take away from reading Minutes from the Miracle City?

A vivid picture of working Dubai. A moving snapshot of how the place is inhabited.

Memorable characters: because they’re the gateway to a memorable fable.

Normally, it’s an idea, a concept, a complication, that provides the excuse for some kind of narrative. That, or it’s the joy in creating and effecting a memorable character.

No. I write whenever I can and wish to, which is regularly.

Tough question. I think the most profound author, in fiction, I’ve ever read is either Kafka (in English though) or Faulkner. Another truly profound book I read, and relatively recently, was Marguerite Yourcenar’s Memoirs of Hadrian. Also, rare and underrated finds are George Steiner’s three long short fictions in Anno Domini: some of the most intelligent fiction I have ever read. Among contemporary authors, my top three in fiction at least would have to be Kazuo Ishiguro, Marilynne Robinson and Paul Auster, primarily because of: either their deep originality and/or because of their exquisite, depth-plumbed use of English. However, among many favourites, I would say, perhaps, that my true ‘desert island’ book(s) would have to be Ford Madox Ford’s tetralogy, Parade’s End.

What is your favourite part of the writing process?

Something Evelyn Waugh once said resonated with me; that the whole of the writing process was about small technical things to do with language-use, like rhythm and pitch, or something like that. If I remember correctly, I think he remarked that his obsession was with the dramatization of language. I feel the same way, because all writing is poetic for me. By that I mean that the use of punctuation even, a semicolon there, a full stop here, and all the other small ways in which writing is shaped, are the sources of the pleasure and effectiveness in and of (my) writing. I get a writerly kick from shaping a bit of dialogue, or adding a significant sentence to the end of a paragraph and other rhythmic effects; they may seem relatively insignificant, but, like changing a line-ending in a poem, they make all the difference.

Yes. I try to write less lyrically in prose now than before. Part of this is about learning to get your effects more obliquely and indirectly. Someone like Kazuo Ishiguro is exemplary here. His fictional conceptions work themselves out very subtly and circuitously over a few hundred pages. That incremental aesthetic is something I admire and aspire to. Because I’m quite analytical and mathematical, I used to nail an idea or inspiration too quickly and too directly. I’m learning how to execute my inspiration or vision in a way that creeps up on the reader, like a slow and healthy surprise. I’m getting there, slowly.

Read and keep reading. Also, all the fruitless attempts which are inevitable at the beginning are worth a lot and must be kept, for two reasons: first, they are your trial by fire, and without them you won’t get to the good and successful stuff; second, all those unsuccessful attempts at writing may and often will be useful as material for later work. So: keep writing, writing, writing.

To find out more about Omar and his writing visit his website.

Place your order of Minutes from the Miracle City here, or for book bundle options for the Fairlight Moderns visit our online shop.