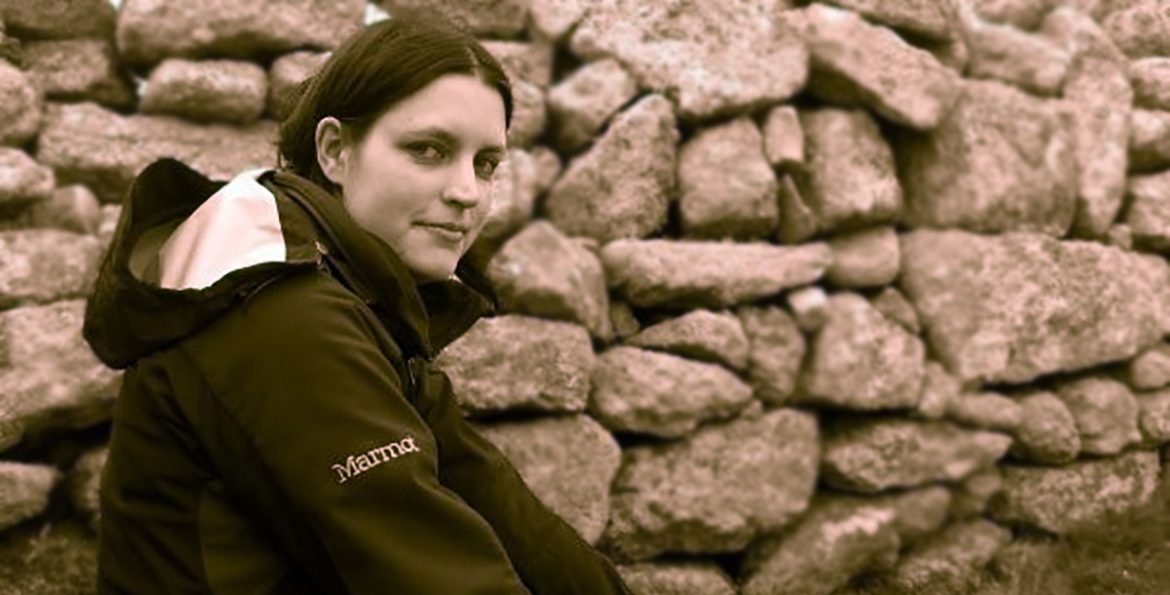 Lynda Clark’s debut novel, Beyond Kidding, was published on 31 October 2019 by Fairlight Books. This darkly humorous science fiction explores the catastrophic effects resulting from one man’s lie and a missing child who was never meant to be found. Read this interview with Lynda to find out what inspired this novel.

I made my family listen to my ‘readings’ of ‘stories’ I’d written from about the age of five. In terms of taking it seriously, I suppose when I was about seventeen and decided I was going to write a novel. I never finished it of course, or the one after that, but each time I’d get a bit further and learn a bit more.

At the risk of sounding horribly pretentious, that’s a bit like asking ‘what does breathing mean to you?’ It’s a thing that I do and have always done, and generally don’t think about that much, even though it’s obviously extremely important to me! I do it unconsciously and subconsciously, coming up with things in my head that might not get written down for weeks or months, but I still think of that process as writing as well.

You also make interactive fiction. How does coming up with an interactive story differ to writing one in a traditional format?

You have to think of the reader far earlier in the process. What will their involvement be? How much will they have to do? You can’t really get away with ad-libbing, either – there has to be quite a lot of planning, or you’re just creating extra work down the line. Because of that, I write a lot of traditional short stories when I’m working on an interactive piece because it means I can experiment with characters and settings and so on without messing up mechanics or plot dependencies! It’s changed my approach to writing in general – I plan far more than I used to.

Oh, definitely. I’m finally starting to feel like I actually have a writing style rather than just mimicing people I admire!

If you could describe Beyond Kidding in one word what would it be? 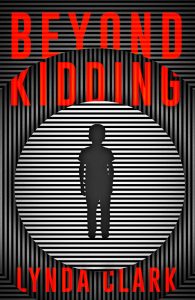 What inspired you to write this story? Have any specific books influenced it?

The initial seed of the idea arose out of the disappearance of Madeleine McCann. I worked at a bookshop at the time and her missing poster was on the main door. Every day I’d come in and see that poster with her big dark eyes staring out and wonder what happened to her and most of all what would happen if she suddenly turned up, and Beyond Kidding grew out of that. (Which also gives you some idea of how long it took me to write!)

In terms of books, I never really realise what’s influencing me at the time of writing, as I’m trying to do my own thing, but looking back, K-Pax by Gene Brewer. The fact it can be read as either a science fiction story or as a story of undisclosed psychological issues and never really comes down on either side of that definitely made it through into my work.

Did you find it challenging to write from the perspective of a male character?

Not really, because I don’t think there’s actually much difference. Not in terms of actual perspectives anyway. There is in terms of experiences, of course, and freedoms permitted. That was the main reason I chose a male lead in the end. I considered having Jules and Rob’s characters reversed, but didn’t like the underlying implication – that every woman secretly longs for a child. There would’ve also been more difficulties around the character’s status at work – a woman raising a child alone is less likely to be seen as admirable, for example.

Your novel is filled with strange occurrences and events. What is the weirdest thing that has ever happened to you?

A few years ago, I heard a woman say to her spaniel: “I don’t have your crockpot, daddy has your crockpot”. I still think about that quite a lot. I’m not even 100% certain what a crockpot is.

With Beyond Kidding, it was the fact that middle class people don’t play darts at home. So many people told me to take that scene out, but it’s something many of my friends and my family do, and it seemed like something Rob and his mum would do, so I left it in. Given some of the other stuff that happens, I found it quite funny that darts was the thing people found hardest to accept!

Be nice to people who work in retail.

My favourite book is probably Invisible Monsters by Chuck Palahniuk. Favourite author’s a tie between Terry Pratchett and Robin Hobb.

Do you have a pet peeve when it comes to writing? Something you notice yourself doing or something you pick up in other’s writing?

I hate when Past Me leaves stupid notes like “You need another scene here” on a blank page, or “This is rubbish, write something better”.

A good low word count target helps me get stuff done – either 250 or 500 words. It chips away at the overall word count if I only just make the target, and if I double or triple it, I feel like I’ve really achieved something.

When I’m working on something I do – or a daily word count, at least. I’ve just moved house and started a new job, so I’m not being too strict with myself right now. Once Beyond Kidding has launched, I’ll set myself some targets.

Previously I had an office in our spare room but at the moment my desk is in pieces and all my books and shelves are in cardboard boxes waiting to be unpacked. It doesn’t matter too much right now, because I’m just writing short stories, which I do on my laptop on my knee, and planning some other things, which I tend to do with Google docs and Trello on my phone wherever I am.

Don’t worry too much about writing X words a day. Just doing some writing is more important than a specific number. And consume as many stories as you can, whether they’re books or TV or films or videogames or things your neighbour tells you. I think the more varied your input, the more interesting your output. But then maybe I’m just a massive slacker.

Place your order for Beyond Kidding here.