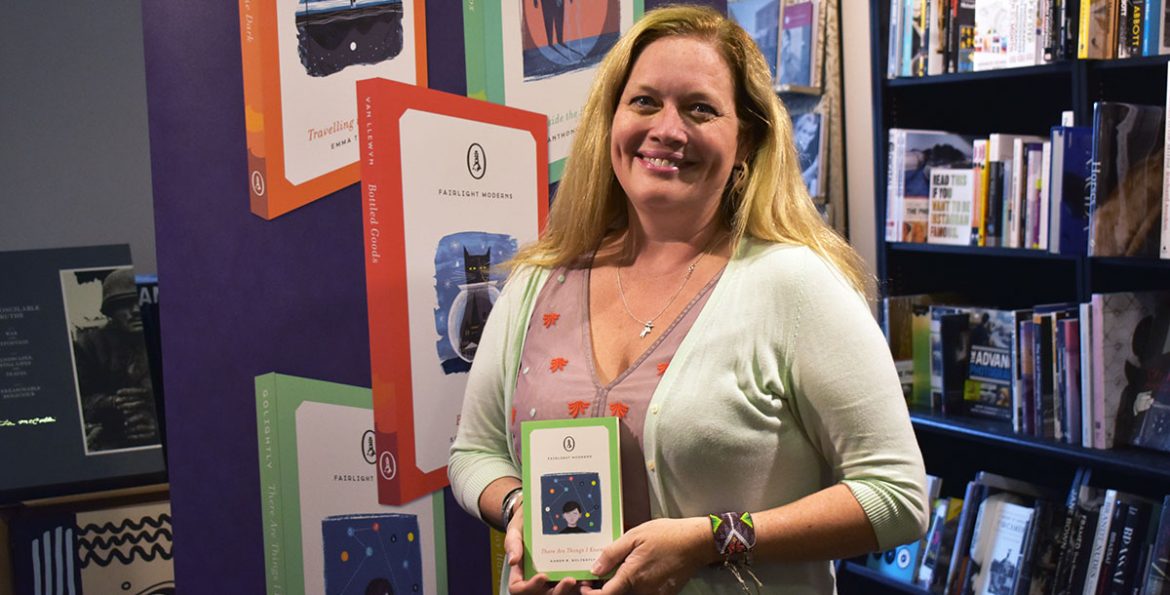 Karen B. Golightly is an Associate Professor of English and the author of a page-turning novella There Are Things I Know. Karen has chatted to us about the many things and people that have inspired her new book, and shared some helpful creative writing advice.

How did you start writing and did you always want to be a writer?

As a kid, I was an avid reader and writer as well as a night owl. My parents were strict early to bed, early to rise people, but if I was reading or writing, they would let me stay up later. I got a lot of practice that way. I’d also stay up late and talk to my cousins or friends, telling stories. I think storytelling has always been a big part of my life. It seemed only natural to write it down on paper.

You teach creative writing to university students. Do you think this helps you in your own writing?

Well, it takes a lot of time away from my own writing, but it’s incredibly fulfilling. Plus, I have always said that the best way to learn is to teach someone else. So, in essence, I practice almost every day, even when I’m not writing.

You’ve previously written short stories. How do short story and novella genres differ for you as a writer?

Mostly I would say it’s a matter of arc and scope. In a novel, you have more time to create an extended plot arc with various subplots and characters. In a novella, that plot arc and number of characters/subplots decreases and becomes more focused. In short stories, it becomes distilled to one or two main characters, one main plot, and every single word has to be precise and to the point. Short stories aren’t as relaxed as the other two forms, but they are truly the essence of a pivotal moment in a character’s life. I think there’s a lot to be learned from short stories in terms of style, character development, and word choice. I’m of the belief, in a way, that every novel or novella began as a short story, even if only in the writer’s head.

If you could describe There Are Things I Know in one word what would it be?

What inspired you to write There Are Things I Know?

I have a son who is thirteen, who has autism. When he was seven, he went on a field trip with his aftercare group to Incredible Pizza. I had a whole series of anxiety-ridden catastrophic thoughts. One scenario in those thoughts was that he would get kidnapped. It was silly. He was perfectly safe the whole time. But this led into the story of Pepper and There Are Things I Know.

How much, if at all, the character of Pepper was influenced by Mark Haddon’s character Christopher Boone from the famous The Curious Incident of the Dog in the Night-time?

Curious Incident is one of my favorite books, as is Daniel Isn’t Talking by Marti Leimbach. Strangely, I didn’t know I had a child with autism when I read either of those books. But the characters stood out to me so strongly. Something hit home, even though I didn’t know what the future would bring at that moment. I read both of those books when they were first published, but I don’t think they influenced the narrator’s voice in my book. It was an imagined voice based on how I think my son thought at that age. Since he didn’t talk much at age eight either, I don’t know if that’s how he really thought.

Pepper manages to inspire readers while also keeping them on the edge of their seats, anxious for the boy’s safety. Did you find it challenging to merge two very different genres together?

First I found the plot, or the basic concept of it. But I always had Pepper’s voice in the back of my head. In some ways, it was a voice that I lived with every day with my own son. But again, only in my imagination. But from the things that my son Pip said to me, combined with an obsession with numbers and a few other quirky habits, like eating preferences, this voice and character seemed believable and even funny at times. I had never written genre fiction before, but my favorite genre is detective, particularly missing children books. Sort of like Stephen King’s philosophy on watching horror films. I felt that if I read about it enough and wrote about it, then I was somehow subconsciously protecting my own children.

You learn a lot about yourself in writing fiction, or any kind of creative writing. The biggest thing is how hard it is. Not just the writing itself and the actual ‘finishing’ of a book, but the business of publishing. That part is really hard, and not my strength.

What has been the hardest part of There Are Things I Know to write?

The part where Dan hits Pepper was probably the hardest. I knew I needed something in that first chapter that would make readers want to keep reading, but having him hit this innocent kid broke my heart. It’s difficult to inflict harm on a character you care so much about. 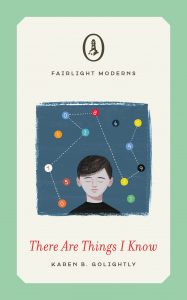 Why did you choose There Are Things I Know as the title of your story?

To me, it’s what Pepper thinks. Obviously it’s the first line of the story, but this book is also a story about what you can and cannot be sure of in life. He knew his memories of his family were true, but finding his way through his current situation was much harder. That was partly because he was young and autistic, but it acts as a metaphor to anyone who finds themselves in a strange situation they want to escape. It’s all about adjusting no matter what your abilities are.

Mostly, I just want them to want to read it. But I wanted to show people how an autistic kid might think. How he sees the world. It’s different from the way that neurotypical people see the world, but it can be an ability, not always a negative. I want readers to see how strong Pepper is. How he never quits trying.

What does writing mean to you and where do you get your inspiration?

Writing is a huge part of my life. I write something every day. Doesn’t everyone? I’m usually inspired by an event or person that I’ve seen. Then, a first line pops up in my head. I write a lot in my head before I ever start typing. I work that first line, then the first scene over and over again until I get it right in my head. Then I start writing. I pretty much steal constantly from real life, taking a scene and building a story around it.

I have three kids, a job, and I run two non-profits. I’m not sure what a writing schedule looks like.

Mostly, I write on airplanes when I travel. At times, I write in the summer, staying up late, getting the words down. But airplanes are when I get the most done. The knowledge that I only have two hours to write down scenes I’ve been planning in my head for months.

Who are your favourite authors?

There are too many to name. I love Aimee Bender. Daily, I wonder why I can’t write like she does. But also Tana French, Ann Patchett, Larry Brown, Jesmyn Ward, Flannery O’Connor, David Sedaris, Jenny Lawson. I wish I could write humor, like Sedaris and Lawson.

Do you have a pet peeve when it comes to writing? Something you notice yourself doing or something you pick-up in other’s writing?

Summarizing rather than developing a scene.

Do you feel like you writing style has changed over the years you’ve been writing?

Definitely, I used to write Southern, sort of redneck, stories in undergraduate. I loved the characters and had grown up around many country people. They had insights into the world that I have never conceived of; some people perceived them as dumb. I wanted to show how smart they were, in ways that people couldn’t imagine. To write those, I mostly used third person, limited omniscient point of view. However, I still used voice as a strong mover in those works. That hasn’t changed at all in my writing.

Use strong verbs. Keep submitting. Eventually someone will like your work. And it only takes one person to get it published.