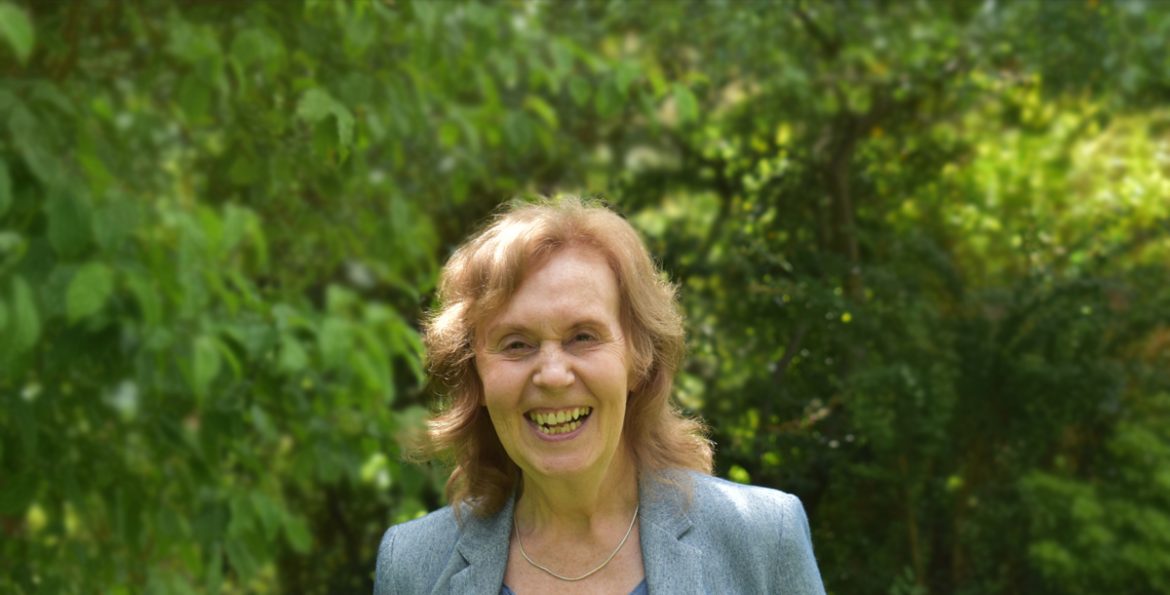 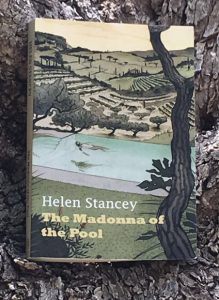 Welcome to our Author Interview Series. In celebration of The Madonna of the Pool’s book launch on the 27th of July, we asked Helen Stancey a few questions about herself as a writer and her exciting collection of short stories!

Helen was born and raised in Yorkshire but moved to London to complete an English degree from the University College London. She stayed in the capital, earning a qualification in psychology and teaching in various colleges.

Helen has always wanted to be a writer and spent the early years of her career producing poetry and short dramatic pieces for children. She went on to publish two novels, Words in 1983 and Common Ground in 1986. Fairlight Books is now publishing her richly poetic collection of short stories, The Madonna of the Pool.

From very early childhood I wrote, in the sense of inventing stories and poems.  I used to do that before I was old enough to be able to write things down. Then I just continued once I’d learnt the physical act of writing.  So, it feels like a natural part of me, but unfortunately ‘natural’ doesn’t necessarily mean it’s always easy.

When and where do you tend to write? Is there something that helps you ‘get in the zone’?

For most of my adulthood, I’ve been fitting writing around the rest of my life so it’s been a matter of whenever and wherever possible. I need quiet to write and interruptions are disastrous – I could never do the laptop in coffee shop thing.  I find that what‘s being produced, both the scene and the words to be used, are evanescent and can vanish quickly until they’re nailed down on the (in my case) paper. With noise or interruption, they’re gone, and you can’t get them back in the same form again.  Ideally, I’d be at our kitchen table in a temporarily empty house.  The kitchen table looks out onto the garden, which is good for when you’re staring into your thoughts, and I find that if you get stuck it’s helpful to get up and do a bit of washing up or vegetable peeling.  With your hands doing those mundane things, you mind seems to be more willing to unblock. I prefer to write on paper in pencil, and type it up later. For me, there seems to be a more direct connection between imaginative thought, hand and physical writing. And I’d want to know that other people were going to be in the house later on. Writing can be lonely.

You have a background in English and in Psychology.  Do you find either of these to be an advantage when writing?

I don’t consciously apply knowledge or techniques from either of these areas. But what you write comes out of a well which contains all your experiences, so I’m sure they must have an influence of some sort.

Do you feel like there is a lot of symbolism in your writing?  If so can you give us an example?

I hadn’t thought about this before so it was interesting to work out the answer! There certainly is some. The obvious example, I suppose, is the pool in the title story, though I hadn’t deliberately put it there as a symbol. Water can be an image of the unconscious and it also has a long history of being linked with spiritual matters.  Both of these connotations are relevant to what the protagonist is experiencing in the story. In the novel Words, the title is symbolic of the ways in which we can both define and shift our identity.  In Common Ground, a central character lives in a house at the edge of a common. For various reasons, the other characters overlap at this house. It becomes common ground to them.

Can you tell me more about the iconic pool in the title story of The Madonna of the Pool?

The pool really does exist at a place where my family and I often stayed in Tuscany.  It was an infinity pool so it seemed to be absorbed into the immediate landscape. When I was writing the story, I visualized the protagonist in that part of Italy, its turbulent history and spiritual connotations reflecting his own inner struggles. 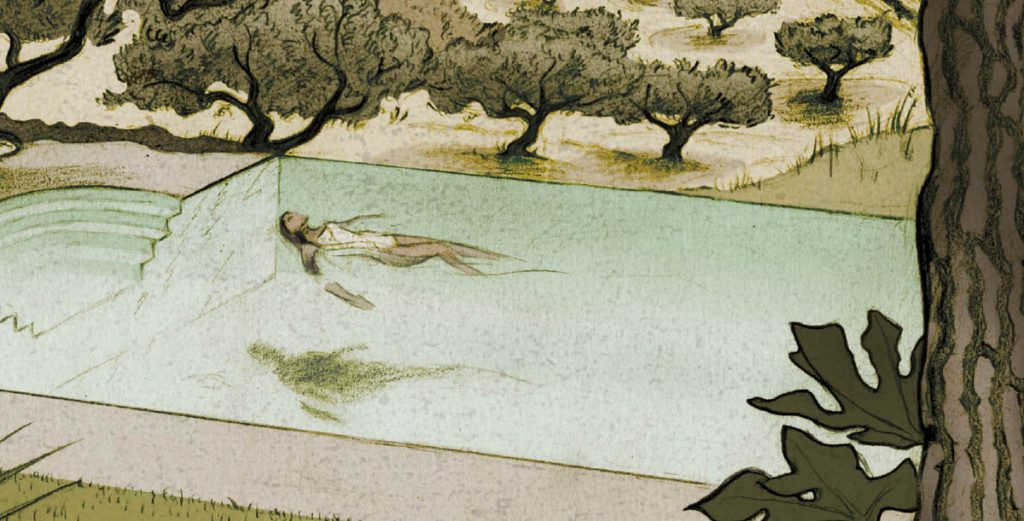 You had some input into the cover design.  How do you feel about the final version?

Yes, I was invited to comment on various potential covers. We all agreed that this one best gave the feel of the pool and its surroundings in the morning mist. I’m pleased about it.

I know this must be an impossible question, but do you have a favourite story from this collection?

I think some work better than others. But a friend told me which of the stories was her favourite and it was one which I myself had felt the most uncertainty about. That was a bit of a relief for me!

What do you think makes a good short story?

Really, as with any imaginative writing, the important thing is to engage the reader. I think short stories are particularly good for putting forward a situation which has resonance or implications for the characters beyond the situation portrayed, and the story leads the reader to an awareness of those implications.

You’ve written short stories and novels.  Is one more challenging than the other?

I find that, in comparison to writing a novel, a short story is more similar to writing poetry, unless, I suppose, it were a very long poem (which I’ve never attempted).  A short story tends to be more distilled and the time is less extended.  When writing a novel, you’re dealing with the immediate scene but have to keep the structure of the whole novel in mind too, how the present section fits into and influences the whole. It’s mental gymnastics.

How was your collection of short stories – The Madonna of the Pool – written?  Did you always plan for them to be shown together or were they selected by a common theme?

I intended them to be a collection with the common theme of illustrating what can be going on under the surface of an everyday life.

These stories are told from an impressive variety of characters, from different ages, genders and personalities.  Do you have any techniques that help you slip into so many lives?

Not deliberately. I suppose I often try to imagine what life might be like for someone else. Of course, I’m likely to be completely wrong in my imaginings about real people, but it’s a similar process for writing characters in stories. I think I usually imagine the person first and then their life.

Did you enjoy our interview with Helen? We’ve also interviewed Finn Campbell-Notman, the illustrator of The Madonna of the Pool. Read it here to see different drafts of the cover and learn about the creative process.