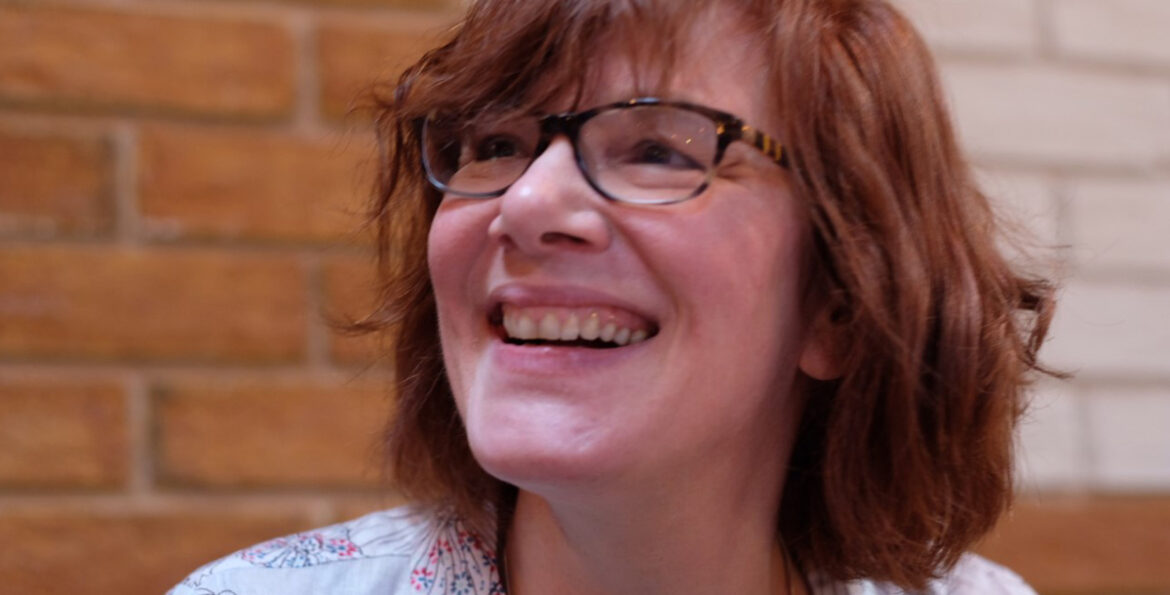 Gill Darling’s debut novel, Erringby is published by Fairlight Books on 17 June 2021. With echoes of Charles Dickens’ Great Expectations, Erringby is a captivating coming-of-age novel following Kit against the changing cultural landscape of the seventies, eighties and nineties. Read this interview with Gill Darling to find out what inspired this novel.

How did you start writing and what does writing mean to you?

I’ve been writing, on and off, for much of my life. A good writing day is the best feeling in the world.

I did, but for a long time it was a distant dream. In 2014, following a residential course with the wonderful Arvon Foundation, during which I had a huge amount of encouragement from the tutors, Jim Crace and Susan Elderkin, I decided to start taking myself seriously as a writer and to devote time to it. My break was winning a Jerwood-Arvon Menteeship the following year.

Erringby is set across three decades, the 1970s, 80s and 90s. Why did you choose these time periods and how did they influence your writing?

Like Kit in the novel, I moved to London in 1986 and I had a hankering to write about that period. So that was the seed and I worked forwards and backwards from that in order to tell the story. It’s fun remembering the period detail – the cars people drove, the music they would have heard. I wanted the story not to be impacted by the changes in technology – there’s only one mention of the internet and only right at the end does Kit have a mobile phone.

The early drafts were long and sprawling, with backstories going back to the 1960s, and Christopher/Kit not appearing until about a third of the way through. It took a lot of work to cut and restructure, and several goes before I arrived at something I was happy with.

What inspired you to write Erringby?

I was holidaying in Argyll with my husband and the walk to the pub took us past a large Victorian house with a gatehouse. I had the idea of setting a novel in a big country house with a folly, which is why several Erringby scenes are set in a gazebo.

What’s the most surprising thing you’ve learned from writing Erringby?

Is there a character in Erringby that you most relate to or particularly enjoyed writing?

I really enjoyed exploring the Kit/Marianne/Col triangle. I always knew how Kit’s path would map out but Col and Marianne evolved a lot in the drafting, which was a lot of fun.

Tender is the Night by F Scott Fitzgerald is a book I return to every year. I’m a sucker for the Lost Generation/Americans in Europe thing. There are two versions of it, and reading both as a writer you can really appreciate the different structural decisions Fitzgerald made. I have loads of favourite authors but the last book to blow me away was Boy Parts by Eliza Clark. I can’t wait to see what she does next.

I’m filled with awe at writers who can sit and work solidly for eight-plus hours. If I can concentrate for several half-hour bursts over the course of a day, that’s a good day for me.

I have a day job, so evenings and weekends it is. Being able to work in short sprints does help here.

I’m very lucky to have a spare bedroom I can use as a study. A boon during pandemic lockdowns.

If people have a good time reading Erringby then I’m extremely happy.

Susan Sontag said it best: “Love words, agonize over sentences, and pay attention to the world.”