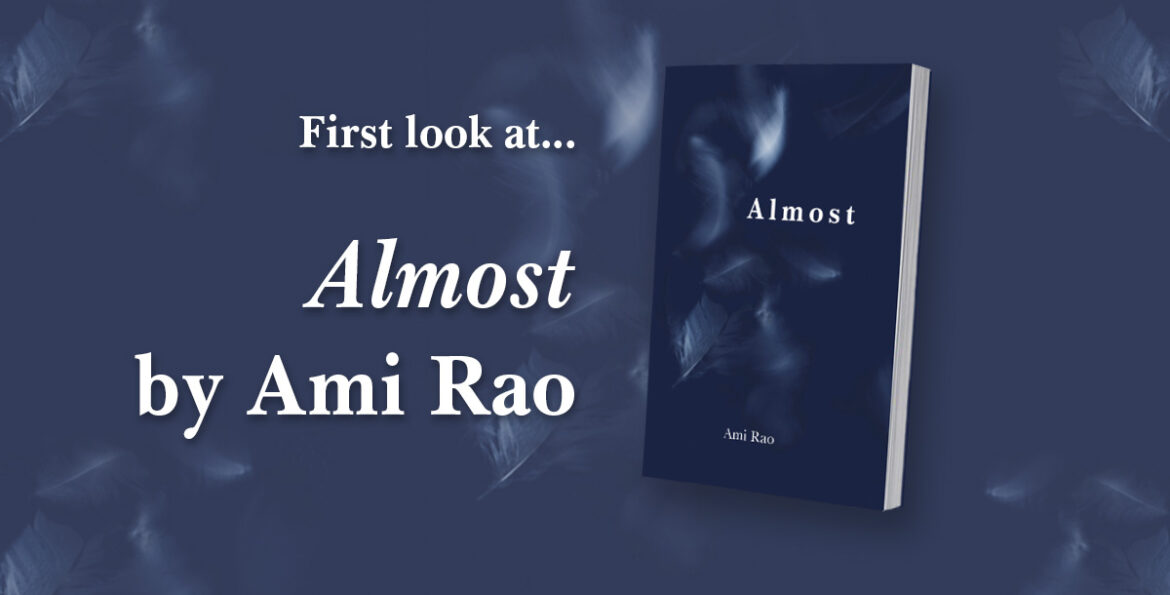 It’s publication month for Almost by Ami Rao, publishing 01 March 2022! To celebrate, we’re giving you an exclusive first look into Ami’s beautifully written short novel focused on family and grief, inspired by the essays of Roland Barthes. Keep reading for a sneak peak of her upcoming novel…

The wing of the death angel brushed against her wrist as she stood in the open doorway of the bus.

The girl with the auburn hair looked around, then seeing nothing that could possibly have touched her, frowned momentarily before she jumped off behind the others. The doors closed behind her with a series of short, staccato beeps. She watched as the bus pulled away and then disappeared down the A-road in a thick cloud of fog, only the back lights visible – glowing, phosphorescent eyes.

Already, she had forgotten about that cold feeling on her arm.

Six miles away, Paul William Sullivan stared sadly out of his car window. He hated the cold, hated the whole concept of winter, hated the rain, hated driving in the rain, but more than all of that, he hated the fact that he probably wouldn’t have been driving in this – this freak show from heaven – if the skinny brunette sitting in her sun-filled office in Orlando with the spooky black cat on her lap hadn’t rambled on like a cargo train with no brakes.

The bitch of the matter was that on this end, they had all dutifully gathered around the table in the little conference room on the fourth floor at 3.55pm – five minutes early. At 4.10pm – a whole ten minutes late – her pale, skinny, heart-shaped face had appeared on the screen. No apology, nothing. And then, waffling on like that about the cultural differences between breakfast foods in the developed West versus certain other parts of the world in her nasal voice with no regard to Greenwich and time zones and time-to-go-home-in-certain-other-parts-of-the-world-hello? The whole thing was meant to last an hour. But no. No such luck in Paul W. Sullivan’s life. Five thirty, before she finally stopped speaking. Five thirty! Five forty-five before he was in his car. Six, the rain had started. Six forty, easily, before he was in the shower. Seven, realistically, before he was in front of a warm fire, a shot of bourbon and that great new ITV reality show about the pop band. He checked his watch. It was already ten past six. Fuck it. And everything else.

He was dying for a smoke, too.

He shook his head glumly. It was chucking down various species of pet animals outside, no chance he could open the window even a crack.

‘When are they going to put some streetlights on this damn road?’ he muttered angrily to himself as he flicked on his brights. ‘Pitch fucking black.’

Almost is coming soon, on 01 March 2022, and is available to pre-order now from Waterstones and Bookshop.org.

If you enjoyed Ami’s writing, you may also like her debut novel David and Ameena, available now from Blackwell’s, Waterstones and Bookshop.org.