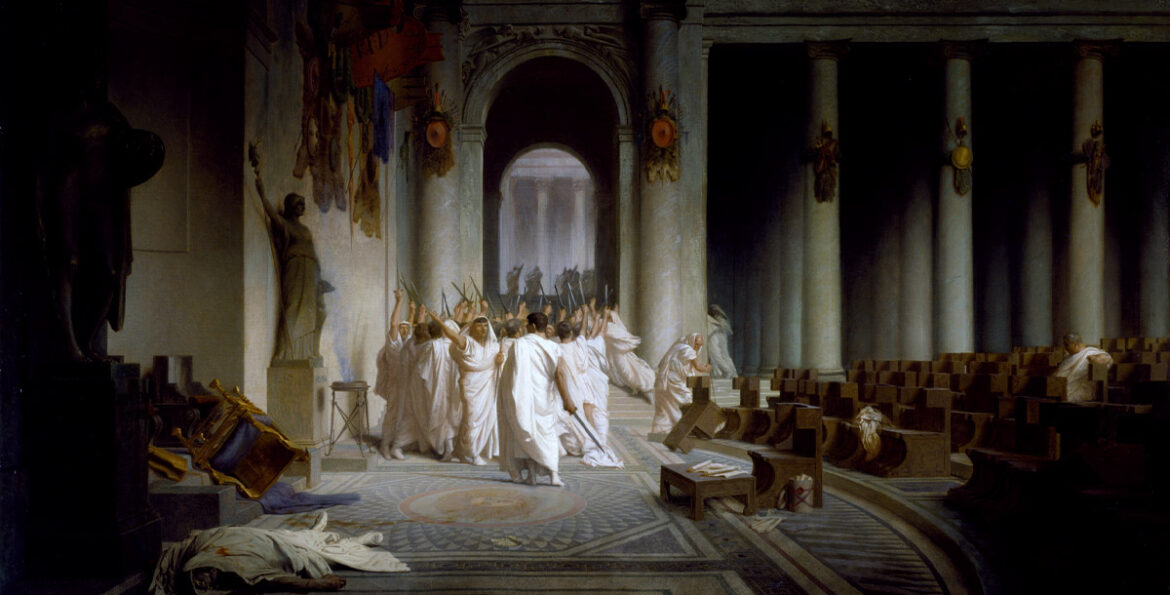 Our short story of the week is a story about regret by Owen Schalk.

Owen Schalk is a fiction writer and a student of literature and history. His primary field of study is postcolonial writing from Latin America and the Middle East. He lives in Winnipeg, Manitoba, and his family owns and operates a honey farm outside the city.

Since he was a child, Owen has been interested in writing. His short stories have been distributed by a variety of print and online publishers, including The Paragon Press, The Anti-Languorous Project and whimperbang. Additionally, his academic work has been rewarded with a variety of scholarships and awards in Manitoba.

Borne by Loving Hands follows a revealing encounter between a mother and daughter.

‘Two months ago, Anna’s mother withdrew from public life and began collecting assassinations. Her first acquisition, according to most reports, was a cumbrous reproduction of Gérôme’s The Death of Caesar, which she dangled above the fireplace of her dimly lit sitting room. The exact order of her subsequent purchases was not established, but by all accounts they included: a newspaper illustration of the shooting of Franz Ferdinand, which she situated in the solarium; Marat, aptly hung beside the bath; Mark Balma’s Pieta, placed above the desk in her home office; the Gandhis of Antonio Piedade da Cruz, strewn around the dining room; and Lincoln Borne by Loving Hands, the sumptuous gloom of which sparkled in the burgundy murk of the bar.

The abrupt and eccentric nature of her retreat was a cause for concern among the board of directors. Articles about the erratic CEO and her morbid excesses were being published throughout the city, and shareholders were starting to doubt the reliability of a company that would retain such an unpredictable figurehead. They confided their fears in the form of a vote, which unanimously resolved that a thoughtful visit to the estate should be undertaken by Anna – not in her capacity as Chief Operating Officer, but purely as a worried daughter paying a visit to her troubled parent.‘