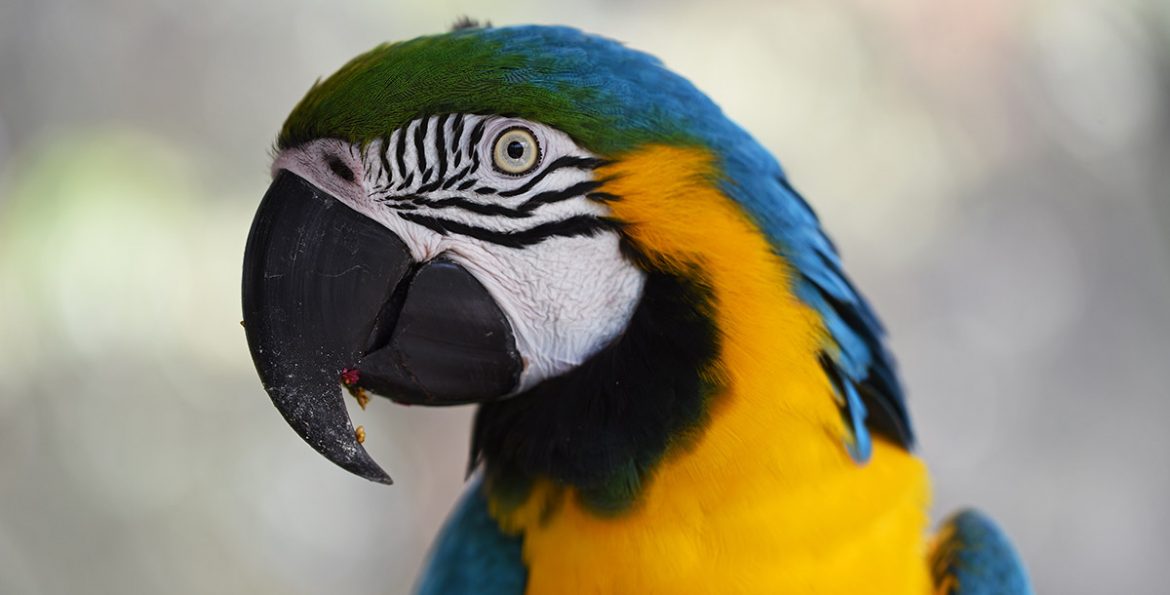 Our story of the week is a story about marriage from the writer Maggie Ling.

After a career as a published illustrator and cartoonist, Maggie Ling swapped dip pen for iMac to work with words alone. Since then, her prose fiction has been listed in numerous international short story competitions, including a shortlisting for the Bridport Prize and publication in Unthology 1 (Unthank Books 2010), Something Was There… : Asham Award-Winning Ghost Stories (Virago 2011), and Unthology 5 (Unthank Books 2014). Her story ‘Let Her Go’ was Seren Books Short Story of the Month (Seren Books: October 2017). A collection of her short fiction will be published later this year. She lives in Norwich, a UNESCO city of literature.

In Bird Brains, a middle-class dinner party reveals the cracks in a married couple’s relationship as tensions bubble beneath the surface.

‘It’s their highly responsive MHV! Aurelia said, adopting that high-flown tone of hers.

They were discussing the intelligence of birds. Aurelia had edged the conversation in that direction, maybe as a way of proving, if proof was needed, how very clever she was. Her PhD had been on avian cognition: Thinking Psittacinae-fashion. She had spent two years in close communication with a rather bright parrot, for a while student and ‘guinea pig’ becoming almost inseparable. Well, until Aurelia’s dissertation was complete. She dumped the poor bugger when she met me! her husband, Frazer, had joked on more than one occasion, before going on to do his Who’s a pretty girl then? party-piece parrot impersonation. But then, beneath those sleek Sloane Street clothes, that expensive salon-blonded hair, that purring cut-glass accent, there had always been a cutthroat masculinity about Aurie.

Their what? Andrew questioned.

Medio-rostral hyper striatum ventrale! (Said as if any fool with half a brain would know that.)

Well, torture me with a turkey baster for not knowing. Can’t birds just have brains like you and me?‘