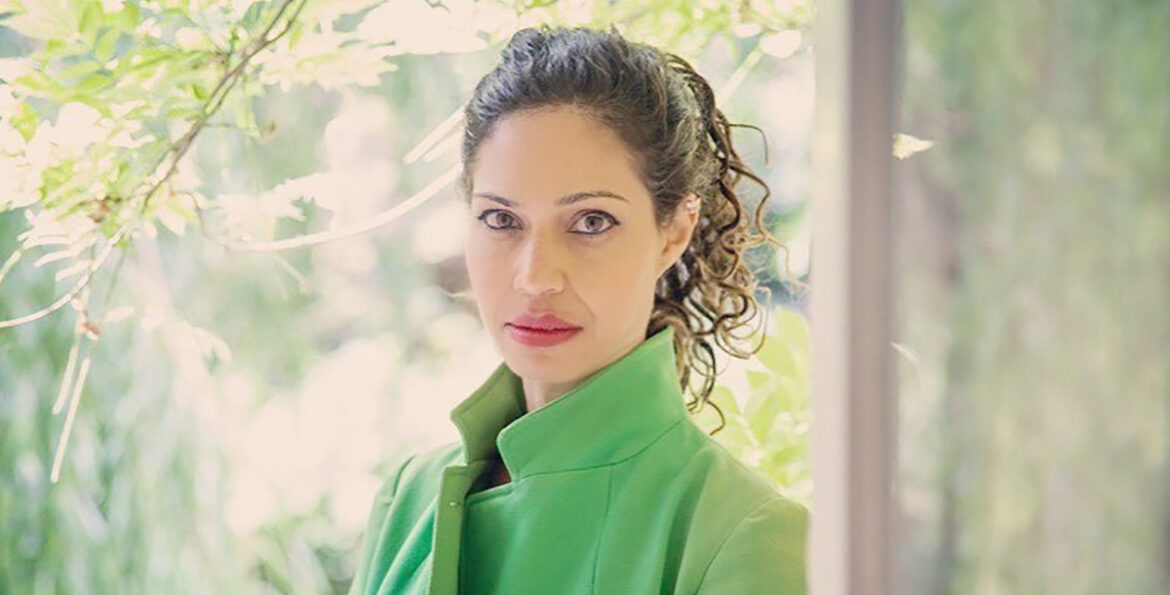 Ami Rao’s debut novel, David and Ameena, is published by Fairlight Books on 4 February 2021. This modern romance picks apart the lives of two people, David, an American-Jewish jazz musician, and Ameena, a British-Pakistani artist. As they navigate their relationship, their ambitions and the city they love, David and Ameena discover the external world is not so easy to keep at bay. Read this interview with Ami Rao to find out what inspired this novel.

I think it was a habit that just emerged organically out of compulsively reading… Perhaps this is true of many writers, but if you’re a big reader, then at some point there is this internal shift, and you feel the need to produce the kind of thing you love reading.

I wanted to be a jazz singer. I’ll stop there!

If you could describe David and Ameena in one word what would it be?

Jazz is an important theme in David and Ameena, how did music influence your writing and why Jazz in particular?

Music and writing are exactly the same thing for me. Language is musicality, at least that’s what I believe, and when I’m writing, I am always thinking about rhythm, balance, melody, the shape and sound of words.

As far as jazz goes, I am a jazz lover, so in this respect, maybe there was a bit of self-indulgence at play. But I believe all art has something to learn from other forms of art and from an artist’s perspective, what draws me to jazz is its extreme aesthetic.  Specifically, for this book, it served as a kind of muse or a template which allowed me to play with the structure in very specific ways. For example, in an abstract sense, a typical jazz tune has three contiguous parts: (1) introducing the melody, (2) improvisation, which is the heart of the thing, where the musicians would normally take their solos, and (3) recapitulating the melody to finish. I tried to mirror this structure by dividing the book similarly, where the first part introduces David and Ameena, the second part gives them and the other characters a chance to ‘take their solos’, and the third part brings everything to a close.

There were also some technical things that I played with – voice changes, unexpected tense changes, various rhetorical devices to ‘syncopate’ the text, like jazz does, to throw the reader ‘on.’ Improvising with the text and with language was my small way of enjoying the process while also paying homage to jazz.

Your novel has two central protagonists, David and Ameena, did you find it challenging to focus on two different characters and did one character come easier to you than the other?

David and Ameena came to me together and are genuinely inseparable in my mind.

The hardest part about creating David and Ameena was coming up with their names! And then everything else just followed. But it took me a long time to feel like I had given them the right names because I was interested in the assumptions we make when we hear them. ‘David’ really tells you nothing of the person, David could be anyone. Ameena tells you almost everything. These are the implicit biases that we sometimes forget even exist.

The story is largely set in New York City, what is it about this setting that felt right for the book?

I think space or place is really important to a story, in many ways it is the tone of the thing, the pace of the thing, the morality of the thing. I couldn’t think of a more powerful city than New York in terms of shaping a person or even changing a person. It really is a city like no other, so passionate in its energy and its ethics, a city that stands by its artists and its writers and its politics. But it’s a tough city too, tough to live in, tough to make a life in, it’s not going to hang around for you, so you have to dance to its tune, you have to find the magnificence in that madness.

On a more practical level, I wanted the very heart of the story to be imagined and New York is probably the only city I know intimately enough to be able to do this with some amount of credibility. There is also the fact, of course, that it has the best jazz in the world, maybe alongside New Orleans.

Sex. It is very difficult to write a modern love story without sex, but I am always terrified of writing sex.  Not because I am pious or prudish or anything but because it’s a non-verbal act of such selfless beauty, that I feel there is always the danger of tainting something like that.

You also co-wrote a sports biography, Centaur, with Declan Murphy. Is your process different when writing fiction and do you have a different writing style?

Centaur is not a conventional sports biography, as the protagonist lost four years of memory post his accident, so large chunks of the book are totally imagined. In that project, the challenge for me was to find a way to create something beautiful that sits in a space between fiction and non-fiction, while belonging in some way to both.  I don’t think I could write a whole book of straight non-fiction. It’s in telling a story that my interest lies, rather than relaying a fact.

What inspired you to write David and Ameena?

Like many books, David and Ameena started with a question or a juxtaposition or a certain curiosity about something that seemed incredible and yet it happened.  I am referring to the first scene of the book… I had just moved to New York after graduating college, when I was lucky enough to witness two people from totally different worlds come together to sing that Ray Charles song on the 1 train. At the time it swept me away, but obviously its influence was greater than I could have imagined because it gestated in my mind for twenty years and ended up in a novel! I think it was one of those moments that life offers you where anything is possible. I wanted to lend that moment to David and to Ameena, two people whose union our culture deems impossible, to see what I could make possible.

What’s the most surprising thing you’ve learned from writing David and Ameena?

Meeting ‘David’ in the flesh after I had created him in his entirety, and was about 40% through the writing… I found myself at a jazz club (Mezzrow) in the West Village, it was a very last-minute thing, and I had no idea who was even playing that night. As the evening went on, I discovered that the pianist happened to have the same last name as David (which we subsequently had to change because of this reason), was Jewish with Lithuanian roots, and whose family first moved to Rhode Island when they immigrated to the United States – the degree of coincidence was crazy! And if that wasn’t surreal enough, the physicality of the pianist almost exactly matched that of my imagined David, who I had sketched on a piece of paper over a year ago – not even just the facial features but more importantly, the finer details of David the musician… his seat on the piano, that unbroken line of elegance, the way the fingers moved over the keys, the look of concentration while playing… all that. It was incredibly moving, to be honest, and I still find myself not being able to fully comprehend it, but I have to view it as a kind of grace – manna from the writing gods!

Favourite author:  Virginia Woolf, because she loved character and she loved language and that’s all that really matters to me (but I pick one of many, with hesitation).

Vodka. Joking! No, I write every day and I start by reading what I last wrote.

Yes, it’s very pedestrian. I exercise in the morning, write in the afternoon and “live” in the evenings. Inspiration comes sometimes in the middle of the night and more often than not, I will take it.

In the library, on my desk at home and as I confess above – a lot of the time, in bed!

I don’t really view myself as any kind of voice of authority on my book, even though that sounds strange because I wrote it. I wanted to create something that was able to move the reader, both intellectually and sensually, so that’s the hope – that a reader is slightly shifted at the end of it from where they were at the start.

Frankly, I consider myself to be an aspiring author, so I’m not sure I’m qualified to offer advice. The most useful thing I can say is to not overthink the process as in my experience that kind of theoretical consciousness can eclipse the creative instinct. We all want our work to be perfect and flawless, but the entire point of fiction is about exploring what it’s like to be someone else, and you’re never going to get that 100% right. So I try not to get too anxious about getting things wrong, it’s the price I pay for curiosity, but hopefully if you do it well, with rigour and with integrity, you will find readers who are open, who understand that, and who are willing to come with you…

You can find out more about Ami Rao on her website.