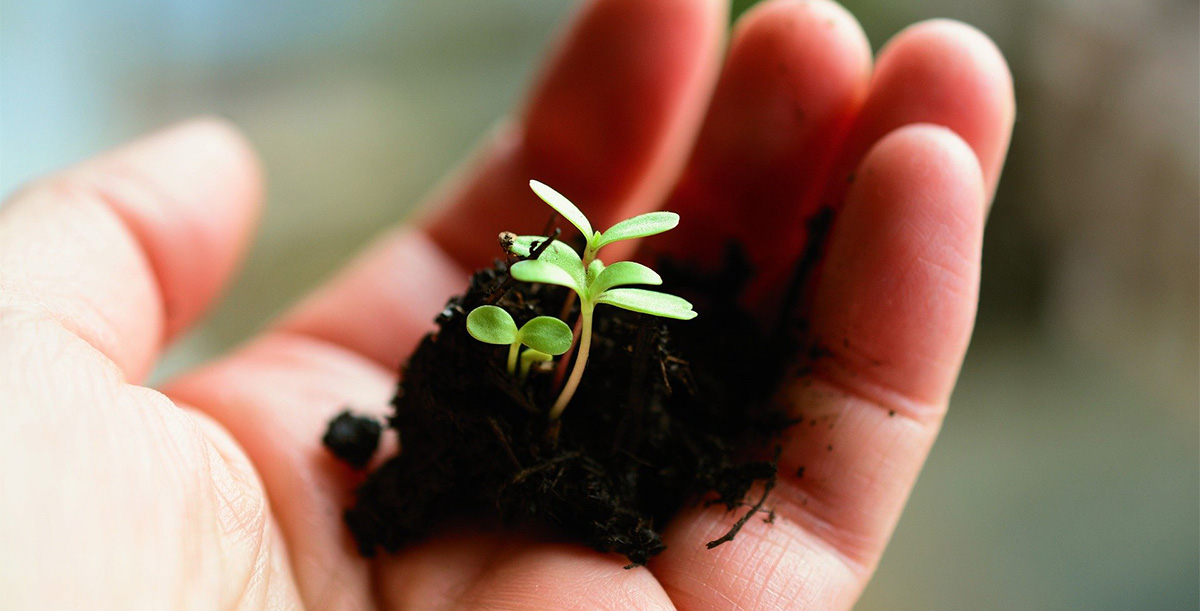 And then it’s time. The vicar asks Rachael first, because she lives here, I suppose. Or because she’s organised the funeral, or goes to church, or because she looks and acts older even though she’s not. I don’t mind. Not really. She crouches down, like she’s making eye contact with a toddler, picks up a handful of soil and drops it into the gaping hole between us. As she stands, her husband Mark puts his arm around her and squeezes. They stand there together, in solidarity; them against the world. A couple of tears slide down her cheeks and I think: Wow, she even does grief gracefully. Mark hands her a handkerchief and she dabs her cheeks. Who carries a handkerchief in this day and age?

Rachael glares at me and I realise it’s my turn. I bend, pick up and throw, all in one swift movement. When I straighten up, she’s shaking her head. Something else I’ve got wrong. I look up at the clouds, backlit by a struggling spring sun, and blink a few times. I can’t start crying. If I start, I’ll never stop. And unlike Rachael, I’ll look a complete mess.

We all shuffle behind the vicar to the church hall where the wake is being held. Doug and Barbara, who run the local bakery, have done the catering. They’re standing behind a large table at the back of the hall, matching pinnies on, ready to help serve as well. They’re older than Mum and Dad and for a split second I’m angry that they’re still here and my parents are not.

Rachel appears, coatless in a fitted black dress, and starts turning the plates of sandwiches, cakes and biscuits; a fraction here and a fraction there, so that everything is just so. Looking at her makes me feel tired. Imagine needing everything to be so perfect all the time.

‘Penelope,’ she hisses, ‘take off that coat. People are starting to come in.’ Since when has she started calling me Penelope?

‘But I’m freezing.’ I’m wearing the best funeral outfit I could muster from my wardrobe of things-left-in-Scotland, which is a pair of dark jeans and a grey cardigan. I’m wearing my mum’s old Barbour jacket over top, but nothing keeps out the cold.

‘You should wear more clothes. That’s what normal people do to keep warm.’

‘That’s what normal people do to keep warm,’ I mimic in a sing-songy voice.

Rachael rolls her eyes and sighs. Uh oh, the dreaded combo. ‘Can you for once do what you’re supposed to do?’

‘What’s that supposed to mean?’

‘Penni, hi,’ Mark says, leaning down to kiss my cheek. Ever the diplomat – Mark has spent his entire married life keeping the peace in our family. I wonder if he realised that was what he was getting into when he said ‘I do’. And whether it was worth it. ‘You OK?’ he asks, holding out his hand for my coat.

‘I guess,’ I shrug like a teenager, but hand the coat over.

It doesn’t take long for the hall to be full. Both Mum and Dad were active members of the community: pub, church, book clubs, hiking groups. Mum has been missed and now Dad will be too.

‘What, dear?’ She leans in and puts her hand on my arm.

I remember that she’s a little deaf in one ear and look directly at her when I talk. ‘I’m living in Hong Kong at the moment.’

‘Oh, right. You still moving around a lot, then?’

‘Yes, I suppose so. I like it, though. I’m too young to settle down.’ I pop a mini sausage roll into my mouth and immediately regret it. I chew and chew, but it doesn’t seem to be going anywhere.

‘Too young? You must be thirty, surely?’

‘Well, then, definitely not too young. Got a boyfriend out there?’

Marge shakes her head and I feel the disappointment in her unspoken words.

I have about ten variations of this conversation (one person daringly asks if I have a girlfriend – I nearly choke on my instant coffee, but appreciate the question) before I can’t take it anymore. It’s time for a proper drink; I pour myself a glass of wine and slip outside.

The graveyard backs onto open countryside: fields of heather and, further on, hills. From years and years of Sunday hikes with Mum and Dad – which I didn’t realise were boring until school friends started telling me what they’d done at the weekend – I know the square miles in front of me like the back of my hand. I remember the day I left home like it was yesterday. I’d finished school, done my A levels and I wanted nothing more than to leave; to leave this boring little village, my boring life, my boring family, and go off and discover the world. I read French and Spanish at university, choosing subjects that would mean I had to go abroad, and went at the first available opportunity. And never looked back. I visited, of course, usually at Christmas, but was always pleased to leave again. Until Mum died. No one saw that coming. Then I wasn’t so sure about leaving Dad, but he had Rachael. They always had Rachael. Rachael, who loves staying at home.

After a couple of minutes Rachael comes out and it’s my turn to roll my eyes. Here we go, I think. ‘What now?’ I say.

She hands me Mum’s coat and sits down next to me, placing her plate of food in between us. All she has on it is a little bit of pasta salad and a couple of breadsticks.

‘Thanks,’ I mumble, quickly pulling Mum’s jacket on.

‘Yeah.’ I nod, surprised to learn we feel the same way.

‘Where’s Archie?’ I ask, feeling guilty that it’s only just occurred to me that I haven’t seen my nephew today.

‘Mark’s parents have him. Mark convinced me I’d be too busy to look after him, but I feel bad about leaving him. He cried when I left.’ She twists her wedding ring round and round.

‘For what it’s worth, I think Mark’s right. You’ve got a lot on your plate today.’ We both look down at her spartan plate, then at each other, and burst out laughing. It’s over almost as soon as it began, but it’s enough to break the tension between us. ‘Don’t you ever get tired, Rach? Tired of being so perfect all the time?’

‘I’m not perfect. Far from it. I’m struggling to find the right balance between work and home, being a wife now that I’m also a mother. I can’t shift this baby weight even though Archie’s almost one.’

‘Okay, let me rephrase that.’ I turn to look at her. ‘Don’t you ever get tired of trying to be perfect? Let it go for a bit. You’re a great mum, a great wife, you’re good at your job and you look fantastic.’

She smiles a half-smile. ‘And what about you? Do you ever get tired of being the “fun adventurous one” who bums around the world?’

I think back to the conversations I had inside, all a variation of the same conversations I’ve been having for years. They never used to bother me; I used to laugh at people’s lack of world knowledge and feel grateful for escaping this small place. But now?

Rachael notices my hesitation and pounces on me. ‘So, do you?’

‘It’s too late, isn’t it? I’ve left it too late.’ I start crying, no longer caring what I’m going to look like. ‘I wasn’t here when Mum died and then I wasn’t here when Dad died. I’ve done it again, Rach. I’m such a failure.’

Rachael scoots across the bench and puts an arm around me. ‘No, you’re not. Both of them wanted you to live the life you wanted. To be happy. But don’t stay away to prove a point. If you’re done living abroad, be done. Pack up and come home.’

‘But then that’s just something else I’ve failed at, making a life for myself abroad. Being the fun adventurous one is all I’ve got.’

‘Don’t be daft. Life’s not a finished product, it’s always changing. Look at how much my life has changed in the last couple of years. I moved out, got married, had a baby.’

‘But that’s what you wanted.’ I start patting down the jacket, feeling for a packet of tissues. Inner pocket on the left. Knew Mum would have tissues. The thought makes me smile, but feel sad at the same time.

‘Yes, it’s what I wanted,’ Rachael says, ‘but it’s not at all what I expected. And if life abroad isn’t what you expected it to be, or isn’t any longer what you want, then don’t just dig your heels in for the sake of it. Come back. Come home.’

‘But what would I do here?’

Rachael doesn’t realise that my teaching qualifications aren’t valid in the UK, but it doesn’t matter. I could do something else. Or do the PGCE I’ve been meaning to do for years. ‘But where would I live?’

‘That’s an easy one.’ Rachael smiles. ‘You could live at Mum and Dad’s place.’

‘Don’t you want to sell it?’ I’ve not seen the will, but can only imagine that it’s split fifty-fifty between us. Mum and Dad were always very fair.

‘Not immediately. And certainly not if you need it.’

‘That… That could actually be great, Rach. Thanks.’

‘No problem. What are sisters for?’ She leans into me, giving me a little nudge. ‘Do you remember when we were kids and we used to go hiking with Mum and Dad? It was so boring you would make up challenges for us to complete, or invent mysteries for us to solve.’

I laugh. ‘Yes, I remember. I liked the scary ones best.’

‘But you always did them with me, even the scary ones.’

‘Because I thought you were awesome. I still do. And you can push me to do things I find scary without totally freaking me out.’

‘Uh huh. Having you as my sister meant that I didn’t become a total recluse. If I’d been left to my own devices, who knows what would’ve happened.’

I don’t know what to say, so I say nothing and the silence sits between us like an old friend.

‘You know,’ she says, ‘Archie would benefit from having someone to take him on adventures, or make up scary stories.’

She nods. ‘As long as you don’t make him do anything too crazy.’

I think about all the places I’ve been over the last twelve years: the jungles of Asia, the mountains of South America, the beaches, the cities; all of them fantastic. But sometimes, nothing beats the familiarity of home. ‘Maybe,’ I say, squeezing her hand. ‘Maybe I will.’