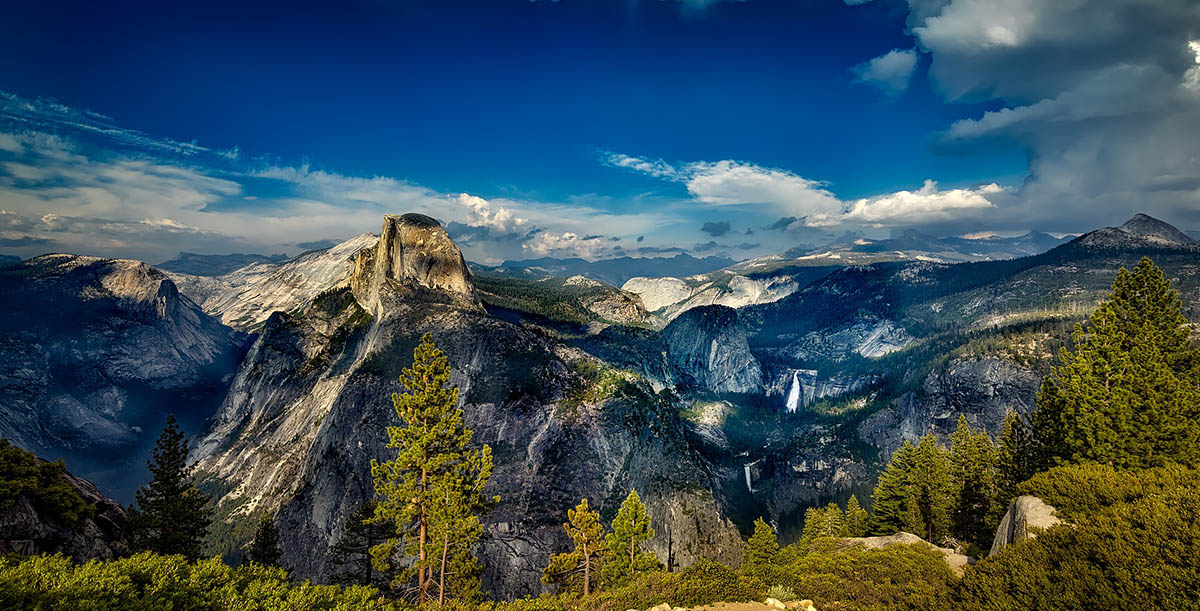 ‘I think you’re so brave, travelling alone.’ Lily-Mae’s accent was warm. She’d already asked if my daughter Aaliya had siblings and told me ‘Oh, that’s OK,’ when I said no. I was occasionally told I was too young to be a widow. Four years ago he hadn’t survived a head-on collision with a van on the way home from work.

Her words made me think about why we were in California. The trip had been a wistful dream. My friend Grace had joked that my American map cross-stitch kit was the closest I’d get. The map outlined each state and featured landmarks. The kit came with a blank piece of material approximately seventy-five by fifty centimetres. Stitching started in the centre, which was Wichita. Grace had been itching for me to get started.

‘I love watching you stitch larger projects. I marvel at your patience.’

Grace was one of those can-do people who figured life was too short to waste on the boring stuff. She only stitched cards and small projects during sewing club sessions, when she talked about her sons, the choir she sang with and her husband’s travel plans. The rare flash of fear in her eyes made me determined to stitch the map and make the trip.

I’d picked a Californian tour. Aaliya and I were the only British tourists among a coachload of Americans, most of whom were keen to tell us they’d been to London.

‘Oh, I love English chocolate,’ said Lily-Mae, jerking me back into the present. She shook my hand before rejoining her husband.

Lily-Mae and her husband Charles were travelling with their grandchildren who’d come to stay with them during the summer vacation and whom Aaliya had quickly befriended. Charles did a good impression of a mountain. He carried himself with the solidity of someone who knows precisely where they are going and has no hurry in getting there. It was a direct contrast to his wife’s constant fidgets, which had left her whippet-thin. Both had snowy-white hair that had previously been blond. Charles rarely spoke and seemed content so long as he was regularly given a meal and a beer and his wife was happy.

I remembered my map. It had started with Kansas and two strands of blue thread for back stitches to represent the smooth line of a river. My stitches moved north to Nebraska and on up to the Canadian border. At each stitch it felt as if Grace was sitting beside me. My stitching moved west, on through the northwest states and down to northern California, as far as San Francisco. Fitting stitching around a job and family life meant progress was slow, and I kept my stitches as neat as possible. I wanted Grace to be proud.

‘You booked yet?’ she’d asked. I’d just shown her my Golden Gate Bridge.

‘You should. I’ve loved watching your map grow. Memories of my own trips have come back to life. It’s helped make it bearable. You should go. The Michigan lakes were fantastic. That’s what you’ll do next, right?’

I’d reached a decision point. I could either complete California and continue back east, stitching the southern states, or I could leave the southern states and go back to completing the northern states east of the Dakotas, do the complicated eastern seaboard all the way down to Florida and then move west, hoping I’d counted my stitches correctly so that southern and northern California would meet. Grace’s talk of Michigan made my mind up. The lakes bloomed in two shades of blue cross-stitches.

This gave me a new urgency, but I couldn’t rush. I still wanted it to be perfect.

I’d sent her photos of my stitching progress. She’d felt too tired and groggy from treatment for visitors, but could check her phone whenever she felt up to it. Despite the fact she’d previously filled her days with people, she didn’t like being visited in hospital. Meanwhile, my stitched map expanded across and then up the eastern seaboard. Each state photographed and sent to Grace.

Bridalvale Falls looked like a black scar leaking water. The drought had hit hard this summer. We’d stopped halfway down the Yosemite Valley for a photo opportunity.

‘I don’t mind the sun out here,’ said Lily-Mae after I’d taken some photos of Aaliya in front of the falls.

‘You don’t get the humidity, like we get in England.’

‘We get that too. It sucks you dry. I like to get out into my yard first thing. I grow vegetables. And roses. It’s so calm. I’ve time to pray. I guess gardening’s like praying – you weed, you tend, you hope.’

I pictured rose bushes at the edge of a vegetable patch. I could see petals unwrapping in the welcome warmth of spring before wilting in the humidity of Alabama’s summer and being nursed through winter.

‘Yeah, I guess it is. I have an apple tree. I bake and freeze pies for comfort food during the winter.’

Lily-Mae smiled. ‘I’m OK in snow. We went to Alaska. You should go. The scenery…’ She spread her arms wide. ‘Don’t know that I’d live there though.’

‘You’re OK, you know. You seem real quiet, but when you get to talk to you, you’re OK.’

I smiled, and we merged with the others heading back onto the coach to complete the journey to the valley floor, where we were staying overnight in one of the lodges. Once we got there, Aaliya and I grabbed a snack and headed out for a walk, taking a map and water. El Capitan loomed over us, but the angle of the sun didn’t create a shadow. The base camp was full of tents but empty of people. We drifted, keeping the village in sight, and found a meadow of tall grass. The bears were keeping their distance but the mule deer moved around as if the humans weren’t there.

I watched a mother with two fawns. She’d grab a mouthful of grass and lift her head to chew. The fawns were playing, circling each other until one would move in and nudge the other, and then both would run several paces before stopping and starting again. Their mother carefully picked her feet up before threading her way through the tall grass.

I looked back at El Capitan. I imagined the training required to climb it, the checking and re-checking equipment, weather forecasts, food and water supplies – balancing the need to have enough provisions against the need to be as light as possible. Previously we’d usually holidayed in the UK. Without a cheerleader, I’d probably have stuck to what I knew. It didn’t take bravery to travel, just planning and motivation.

Once I’d done the eastern seaboard, my stitches moved west through the remaining southern states. Fortunately my counting had been OK, so the two halves of California met.

Grace had taken her sons to Disneyworld Orlando and the Kennedy Space Center.

‘It sounds stupid,’ she’d said, ‘but it’s big. I mean, you know it’s going to be big and there’s going to be this huge, tall tower of scaffolding that holds the rockets in place before take-off. But even then you don’t get a sense of the scale until you’re actually there. Disneyland, well, there are so many theme parks now. But the Space Center, that was worth the journey.’

Aaliya came to me for a hug, a sure sign she was tired. We walked back to our lodge in the setting sun. I waited for her to be fast asleep before going to bed. Turning the light off left the room country-dark and quiet. The walls muffled exterior sounds, but there were bears and cougars out there, mothers with young to defend. Mothers who couldn’t afford to die. Orphaned cubs wouldn’t survive and herds didn’t always support orphaned fawns. I’d held Aaliya through her tears but not allowed myself to cry. My cheek felt wet and I knew I wasn’t crying over hypothetical cubs.

At San Francisco airport, Lily-Mae grabbed my hand and I hugged her.

‘I pray for your safe flight home.’

On our plane, I did offer a prayer, thinking of her roses. How she retained the faith that they would be renewed each spring. I thought of all the seeds Grace had sewn: her sons, the people she had touched, the way she had so fiercely embraced life.

I pictured her tracing my stitched map. I’d laid it out on her hospital bed, where she was propped up. She’d given me the map to sew. Her smile had been in her eyes. It was that smile I thought of now. Texas was the last state she’d seen. ‘Big, brash and generous,’ she’d said. She never saw the finished map.

‘Maybe not Alaska,’ I told myself. ‘But it’s time to explore.’

Aaliya rolled her eyes: I must have spoken aloud.