Words Are Not Enough 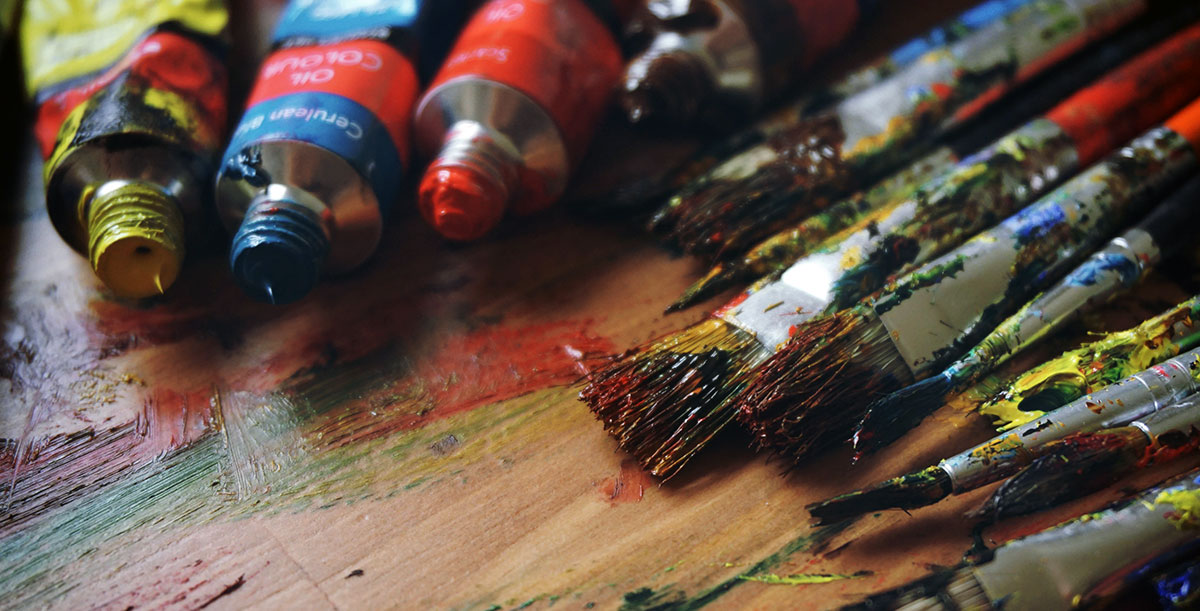 The sounds he makes are strongly speech-like. Hearing them out of the corner of your ear, you might assume they are coherent talk. They aren’t, but to anyone who knows him well and hears him in the right context, they make sense.

‘It’s a fag then young Tony? It’s raining though.’

He responds. There is a tone of anguish in his babble.

‘OK, I’ll get an umbrella. Try to keep some of the rain off the both of us.’

Belinda grasps the handles of Tony’s wheelchair, manoeuvres it awkwardly towards the art room door and down the ramp into the corridor, a gloomy and cheerless tube on a dull morning.

The whole of Tony veers alarmingly to the left.

Keeping the chair on the straight and narrow lane takes all Belinda’s concentration.

She stops the chair by the common room door and stabs the brake on with her foot.

Belinda dips her hand into the right hand pocket of his over-sized jacket and feels the outline of the packet.

‘Yep. All present and correct.’

She leaves him marooned and strides off through the common room and round the corner to the pegs where the volunteers hang their coats. She fishes a collapsible umbrella patterned with Donald Duck motifs out of her coat pocket and walks back to the corridor.

‘Here we are, love. A spot of protection.’

Tony has veered further to the left. Belinda manhandles him a touch to get him back on standard veerage. Can’t have people falling out of their chairs. Tony might not mind, though. He would be the centre of attention and he’d certainly find it funny.

‘Right then, Tony, let’s get you a lungful of smoke and the pair of us wet.’
Out in the rain, one-handed because she’s got to keep the umbrella up, Belinda pulls the fag packet out of Tony’s pocket, together with his gas lighter. She puts a cigarette to her lips, balances the umbrella in the crook of her arm, flicks the lighter like Jean-Paul Belmondo used to do in the movies, and puts the lighted stick in Tony’s mouth. He takes a couple of vigorous draws.

Belinda hates smoking and everything to do with it. Always has. She was repelled as a teenager, made Harold give it up when they married, raged at Cheryl when she was old enough to start. But with Tony she can light up and even taste smoke briefly. He needs it. It wouldn’t do to show her revulsion. Indeed, with him, she doesn’t really feel any.

She keeps a close eye on Tony as he manages to take the fag out of his mouth and hold it briefly before thrusting it back in for another couple of puffs.
Fresh air breather, then inhalation, the cycle repeated several times. He smiles.

He holds the two-third-smoked cigarette out. Belinda takes it and stubs it out on the rain-smeared ground. A gust of wind pushes the rain under her brolly and they both feel the sting of drops on their faces.

Clearly the best course of action is going back to the art room, sharpish. Belinda applies the brake once she’s manoeuvred Tony back in front of the table where his picture is evolving.

The art room is extra-busy; they are working towards an art show, hoping to sell a few efforts to raise some cash to help keep the enterprise going. Tony is concentrating hard on his drawing, in black and white with large splashes of colour.

Belinda moves off to help others and enjoys nattering away to a couple of those with obvious talent and the continuing gift of coherent speech despite their brain injuries.

‘Have you ever heard Tony talk?’

‘Not on my watch, Mona. It’s a horrible loss, apparently he used to be a bright kid and told wicked jokes.’

She looks over at the back of Tony at his table. Mona has taken the drawing he was working on away and he’s now starting out on a fresh sheet of paper. Mona has his previous drawing in her hand and lays it out on her table. Belinda looks down at it.

‘I’ve never seen him put words into his drawings before either.’

Mona says, ‘The letters are unsteady, as you’d expect, but you don’t have to look too hard to see what he’s writing.’

Belinda puts her head on one side and squints. She reads out loud what she can see.

‘I think the big building in the drawing is the hospital,’ Mona says.

‘But he’s supposed to have had four weeks post-traumatic blackout after he’d fractured his skull,’ Belinda says. ‘How could he remember anything? And anyway he doesn’t speak. This is a bit weird.’

She pauses. ‘Funny thing the brain, though, isn’t it? And I suppose, in a sense, he can talk without words. I’ve always reckoned his mind is still in working order. But he can’t get us here on the outside to understand what he’s thinking on the inside.’

She makes a sad face. ‘That has got to be incredibly frustrating.’

‘But this looks promising,’ Mona says. ‘If Tony can write that would be exciting. I’m not sure if this is new or not. He may always have been able to do it but hasn’t chosen to share it with us until now. I’ll let Felice know about it and perhaps she can check with his GP or his consultant to see whether it’s something new and what it might mean for him.’

‘Maybe with more drawings he’ll tell us more of what he can remember,’ Belinda says.

But he never has. The next few drawings have no discernible words.
A few weeks later in the art session, texts appear again. They look like garbled Biblical quotes.

Tony seems to have written, ‘Abandon hope all who go into the shell’ and ‘Lord why have you left me alone.’

When Mona and Belinda try to get him to somehow explore the significance of what he has written, he first frowns and then he ignores them. He implies they are just statements, not stubs inviting conversational response.

Two weeks later and there are words again in his drawing.

They seem to read, ‘Not just the Lord, everybody. Alone, alone, alone. No way through the shell.’

That day Belinda arrives early but after she’s seen Tony’s drawing, she disappears. Mona finds her in the corner of the music room, quietly sobbing. Mona puts an arm round her.

‘Poor boy,’ murmurs Belinda, ‘but him writing that is hurtful. Don’t know if he means to be … how can we tell, really? I do the best I can and I thought we got on. … but … well … maybe not.’

Next week Belinda is not there. Tony makes it clear he misses her and wants to know where she is.

Mona doesn’t know if she should intervene. If she does, will Tony get what she means? She agonises about it all morning. After lunch she decides. She gets out Tony’s last text drawing and shows it to him. She points to the word ‘everybody’ and tries to show him that Belinda feels included in that word. Tony looks puzzled. Mona doesn’t know whether he has understood. She is still unsure after he has left for the day.

Belinda does not turn up on the following week either. Tony looks positively distressed. Someone has to go out with him for five fag breaks before lunch. He normally only goes once.

Late in the afternoon Tony works on another text drawing that takes him right to the end of the session. When the ambulance comes to take him to his care home he leaves it on the table.

Mona picks it up and slowly deciphers the message. She works out that the first assemblage of jumbled letters reads ‘Belinda’. The rest seems to read ‘only hole in the shell.’

Mona phones Belinda to tell her that she thinks Tony is trying to say sorry. Belinda is still upset. She’s not at all sure Mona is right.

‘Will you come in again next week? I know you especially like helping Tony but there are other people who would really like to see you again too.’

Next week there is no sign of Belinda when the day starts. But she slips in quietly at about eleven o’clock when most people are distracted on coffee break. But Tony spots her and a big smile spreads over his face.

Belinda sees the smile. She comes over to his chair and squats down to his level to speak to him.

She realizes with a shock that he is reaching out to hold her hand. He’s never done that before. She concentrates on his proffered hand and takes it in her own left hand. She then encloses both their hands in her free right hand.

Then she looks up. There are tears in his eyes.

No-one has ever seen Tony cry before.