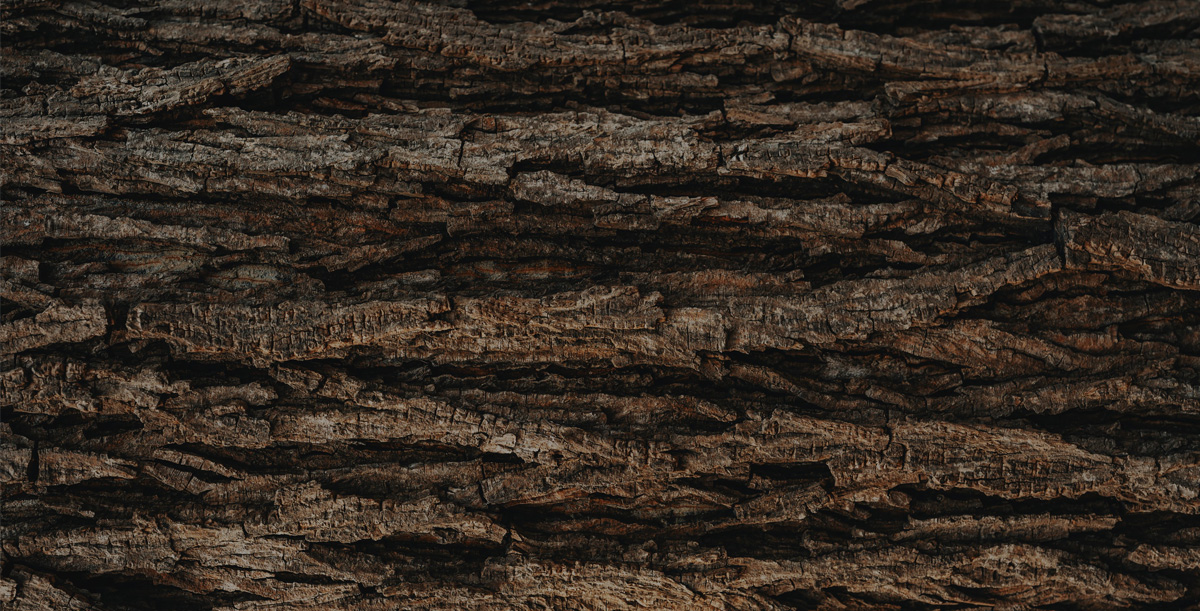 For a city named after debris, Windthrow is surprisingly orderly. The industrial outskirts form a seething ring of poverty and unemployment, but once you overfly that unsavoury moat and breach the city proper, it undercuts the detritus of its name. Downtown Windthrow is a vibrant concatenation of start-ups, arts spaces and artisanal eateries which serve as the regular lunch spots of people working in the financial centre, a mazey bundle of streets hanging symbiotically off the eastern edge of the business district. Buildings in this area are smooth and monochromatic. Gentrification has brought a seamless homogeneity to the architecture and the people. Tom, always the psychogeographer, looks out of the airplane window and wonders if the city’s natural drift would haul you deeper into its clinical centre or out towards the abandoned fringes.

This is his first visit to Windthrow. He’s a middleman, an agent for a Toronto-based private equity firm called Cronus Capital, which has interests in several small-scale enterprises in the city. CC (as the partners call it) expects an annual growth rate of five per cent, and it’s Tom’s job to fly around the country to congratulate certain companies for meeting their expectations and chastise others for underperforming. The firm has investments in thirty cities around Canada, including Windthrow, a city of six hundred thousand in eastern Saskatchewan, that greatly overshadows the ruddy Battlefords to its south and sleepy Meadow Lake to its north. Without Windthrow Forest, the city would have no way of distinguishing itself from Regina or Saskatoon in the minds of its visitors.

The forest is the only tourist attraction for hours in any direction, with the possible exception of Ernie, Canada’s largest turtle statue, slumbering unseen in the heart of a nearby village named Turtleford. Tom’s kids Googled ‘Windthrow attractions’ and told him to take a picture next to Ernie. He’d planned to, but as he steps out of a particularly unpleasant meeting with a start-up dating app called Vesta, based in the core of Windthrow, he realises he’s far too tired to go chasing turtles. He buys a coffee from a neighbouring café and sits on a bus bench. The ebb and flow of passengers lulls him into somnolence. He lets the coffee cool between his palms and decides that the kids will have to make do with a few pictures of the forest instead. It’s not as exciting as an oversized reptile, but the forest (which is really more of a public park) is unique in that every tree is uprooted. They were all toppled centuries ago, knocked down by a violent storm, and yet not a single one has rotted. It was impossible – anywhere but Windthrow, at least.

He walks to the park, depositing his unsipped coffee in a recycling bin on the way. A series of plaques outside the gate teach him the history of Windthrow Forest. The first settler to discover the forest was a Scottish Anabaptist with the unusual name of Standard Mills. Upon finding the woodland, he spoke with a local Cree tribe and learned that they called it ‘misiweyâskaciw mekwâc’, or ‘frozen time’. Fascinated by ‘the eternality of the collapse’ (the plaque’s words), he settled near the forest’s edge (now city hall) and dedicated his life to studying the timeless trees. In the subsequent decades, a village grew around him, eventually metastasising into a commerce town and then one of Saskatchewan’s ‘largest and most modern’ cities. Mills remains well-commemorated in Windthrow, with numerous streets and parking lots bearing his name. A grand mausoleum in Felix Manz Cemetery, just down the street from the park, houses his burial site.

The forest is exactly what Tom expected. On one side there’s a wide well-kept lawn where tourists can visit a gift shop and sample a variety of food trucks offering sigh-inducing dishes like ‘pine-smoked swine’ and ‘poplar-corn shrimp’. On the other side, separated by a fence, are the trees. There’s a tourist trail carved awkwardly through their fall pattern. He walks alone through the windthrow, ‘a forest where nothing stands and nothing dies’. None of the falls are full uprootings. A few appendages from each tree remain embedded in the soil, apparently leaching just enough nutrients to keep them alive. He reaches the other side and gazes back over the shattered forest. It’s an admittedly odd sight, like a woodland rocked by a meteorite without flame, or a coppice felled by loggers who forgot to collect. In the distance, he sees the sun gleaming on the hoods of the food trucks. He trudges back.

It took him thirty minutes to browse the famous forest. When he’s done, he realises he forgot to take pictures. He goes to the gift shop and buys them each a mug stamped with a cartoonish windthrown tree.

It’s six in the evening. He doesn’t want to go to his hotel. There’s nothing to do there but watch TV, and hotel TV is more depressing to him than a shot of deathbed morphine. He begins to walk. He has no destination in mind. This is what he does when he’s bored or dispirited. It’s psychogeography: the passage through a city guided only by the flow of its architecture and urban blueprint. It’s often practised by city planners, architects and occultists. Tom is none of those things. If pressed to identify himself, he would say he’s a hobbyist. Psychogeography calms him. He doesn’t have a mystical vocabulary, but if he did, he’d say psychogeography illuminates the immaterial secrets hidden behind the veil of matter and reveals that human preoccupations are the result of invisible factors far beyond their sensory understanding. Thankfully the bad element was driven out of central Windthrow, so he has no qualms about clearing his mind and stepping into the city’s current.

He floats down the sidewalk, blind to the bleary glitter of superstore frontages and deaf to the howls of busy streets. Each time he blinks into lucidity, he finds himself in a graveyard. The first is a Presbyterian plot clogged with litter. He turns around and tries again. This time he opens his eyes on an Islamic burial ground called Janazah Gardens. He tries again. The third time he finds himself outside the gates of Felix Manz Cemetery, an Anabaptist-run graveyard named after their drowned martyr, which houses the remains of a few thousand residents of Windthrow, including, as a sign outside proclaims, ‘the mortal remains of this city’s great founder, the devout and humble Standard Mills’. Psychogeography is meant to illuminate the conscious mind to the intricacies of unconscious influence – Tom thinks it is strange, then, that the city’s drift always carries him to graves.

He steps through the gate, not on the psychogeographic tide but of his own deliberation. It’s a sprawl of sloping hills over which breezy poplars drop butterflies of shade. He thinks it’s unusual that a cemetery would be built on uneven land. He has never seen a plot at an angle before, but the hillocks are prickly with slanted headstones, their weight pulling them incrementally closer to the grass each day, disrupting the illusion of immutability that cemeteries are meant to sustain. At the foot of one hill there’s a rectangular pocket in the soil and a tombstone facedown before it. He stares at the blank side of the stone.

He spins. Behind him stands the cemetery caretaker. He’s a bald, bearded man wearing dirty coveralls and leaning on a shovel like it’s a walking stick.

‘It happens.’ He studies Tom from head to toe. ‘I didn’t think there was a burial today.’

‘Your suit. Are you mourning?’

‘Well, I hope you don’t mind rolling up your sleeves every now and then, because I need help resetting this stone.’

Tom nods and sets down his bag. The caretaker leans his shovel on a tree. They kneel and each grab a corner. ‘Want to place a bet?’ the caretaker asks.

‘The inscription. What do you think? “Loving father and husband?” “Loving daughter and sister?” “Gone too soon?” ’

They heave the tombstone upright and hammer it in at a seventy-degree angle. Tom steps back and reads. ‘Tom Dooley, born 1964. No date of death.’

‘Ah, a reservation,’ says the caretaker. ‘Makes sense that he got the slope. The people who died first claimed all the hilltops.’ He shakes Tom’s hand. ‘Thanks, partner.’

‘No problem,’ says Tom, scooping up his Windthrow Forest merch.

The caretaker notices the gift shop logo. ‘Are you a tourist?’

The caretaker smirks. He points the end of his shovel at the bag. ‘You know it’s all fake, right? Windthrow Forest hasn’t been there for more than twenty years.’

Tom scowls. ‘What do you mean?’

‘It’s a scam. Fallen trees can’t survive for centuries. That takes a miracle. Do you believe in miracles?’

‘Neither do I. Nobody here does.’

‘I think you’re mistaken. I saw the old black-and-white photos. I saw the wood etchings from hundreds of years ago. I saw the excerpts from Standard’s diary. It’s all there.’

The caretaker fixes him with an expression of earnest confusion. ‘Don’t you know how business works?’

Tom pauses. He looks down at the bag. His eyes wander to the swaying grass and the face of the reset tombstone. He stares.

The caretaker glances over his shoulder. ‘Look, I’m not supposed to show anyone this, but…’ He turns towards the mausoleum and urges Tom to follow.

They walk to the large, neoclassical mausoleum in the middle of the cemetery, the centre of the graveyard and thus the centre of the city. He unlocks the massive double doors and hauls them open. They creak like a whale’s sigh. Dust gusts across their shins. The caretaker saunters inside while Tom pats his legs clean, then follows. They enter a spacious marble atrium, more European in style than rustic Canadian. The walls are a grid of coves in which rest the ashes of city luminaries: mayors, artists, business leaders and more. In the centre of the room is a long stone sarcophagus on whose foot is chiselled STANDARD MILLS, FOUNDER OF WINDTHROW, 1856−1914. Tom hesitates at the end of the coffin, but the caretaker calls him to the head. ‘Now,’ he says, grabbing the edge of the lid, ‘you’ll see how business works.’

He shoves the cap aside, cracking a scalene of blackness. Tom steps back, expecting a puff of rancid air. It never emerges. He comes closer. It takes a moment for his eyes to adjust, but when they do, he sees the secret in the darkness. There are no remains. No bones, no shreds of old cloth. There’s nothing. Not even dust.

Tom looks at the caretaker. The man smiles. Tom smiles back. He begins to chuckle. After a few seconds he’s bent double, laughing into the empty sarcophagus, his hoots resounding in the coffin’s empty gut.

When they step outside, the sunset is splashed across the horizon, a sanguine backlight to the poplars and the grave-spiked hills and the peaks of the financial district. Tom looks out and feels, for the first time in years, a kind of peace – a peace not anchored to mindlessness, but one which harmonises with lucidity rather than clashing against it. ‘Thanks,’ he says, striding towards the sunset.

‘No problem,’ says the caretaker, lighting a cigarette. ‘See you next year.’

‘I won’t be here next year,’ he mutters, crunching down the black gravel path.