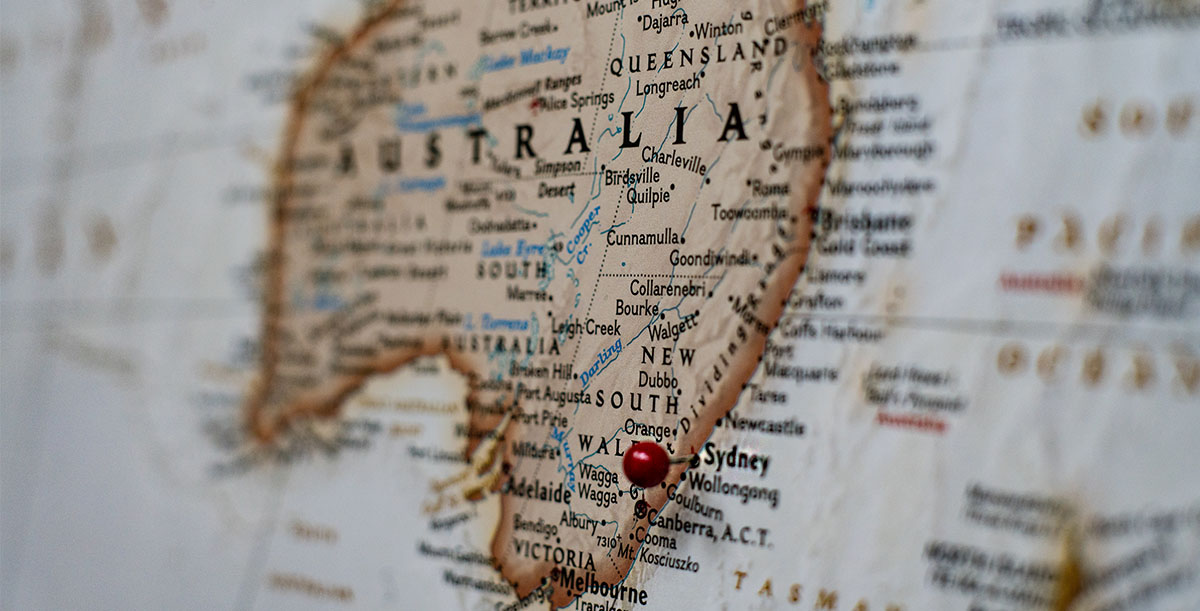 I always hated the first week in December. That was when Ma would march me across the city to a Sale-of-Work in the Round Room of the Mansion House.

The place would be crammed with stalls – book stalls, tea stalls, bottle stalls and stalls raffling lopsided Christmas cakes. There’d also be a second-hand clothes stall piled high with garments that reeked of damp and stale sweat. The only thing I liked was the wheel of fortune but I never got to play it because any time I asked I got a lecture from Ma about fools and their money being easily parted. It was her way of saying that we couldn’t afford it.

One cold December afternoon, a week after my tenth birthday, Ma had me outside the Mansion House waiting for the doors to open and when they did, she and dozens of other women rushed inside to the second-hand clothes stall. There she began the ritual of ‘Getting us something for Christmas’. I stood head down and flushed with embarrassment as she rucked and scrummed with the other women over a pile of rags that someone had the neck to describe as clothing. The women were like sharks in a feeding frenzy, each one trying to snatch a bargain from under another one’s nose.

After a while Ma emerged from the crush clutching a jacket and short trousers. I cried inside. The colours were a mile off, the pants were ball-crushers and the jacket would flap like a sail in a hurricane. Ma held them up against me.

I stuffed them into the canvas sack that we always brought with us. Ma knew I had the hump so she flicked a penny at me.

‘Go buy a cake while I find something for myself.’

As she plunged back into the melee I prayed she’d do better than the mangy purple coat that she’d bought the year before.

I was heading for the cake stall when I noticed that the bottle stall was using a mini wheel of fortune to raffle its prizes. I stopped to look. Then a tall, fat, red-faced man approached. He wore shiny brogue shoes, a trilby hat and a sheepskin coat. I smelt money and I was right. He slipped a ten-shilling note onto the counter.

‘The lot,’ he whispered.

The attendant was flabbergasted.

The man smiled and nodded that he was certain.

At sixpence a ticket he had twenty of the forty sections on the wheel. Despite this none of his numbers came up but he just shrugged and threw another ten-shilling note on the counter. Several more spins brought no better result but he just kept on handing over his cash. I was fascinated. I forgot about buying a cake and instead I tailed him to the coconut shy and the dart throwing. His luck was out. He blew at least ten pounds between the three stalls and had nothing to show for it. Then he moved to a platform at the end of the room where the big wheel of fortune was about to start spinning its magic. I too was drawn to the wonderful prizes that were being stacked around the wheel. Then they put up the best prize ever, a top-of-the-range Meccano set. I gasped. The fat man gasped. He looked down at me and I looked up at him. I knew there and then that I’d have to fight him for it.

Suddenly Ma was beside me. She was holding a vomit-coloured jacket and skirt.

‘Joey Murray! I’ve been looking everywhere for ye. What do you think of…?’

‘How much is the bus fare home?’ I barked.

Ma eyed me suspiciously. ‘Sixpence. Why?’

Ma eyed me even more suspiciously. I always insisted on taking a bus home in case anyone we knew saw us walking with our shameful sack.

‘And what exactly do you want the sixpence for?’

‘That!’ I cried, pointing to the Mecanno set. ‘I want to win that!’

Ma sighed and stuffed her new, second-hand clothes into the sack.

‘Okay… but you carry this lot home… agreed?’

She handed over a small, silver sixpence and sat down wearily on a nearby seat.

The wheel spun at least twenty times with no sign of the Meccano set going up for grabs. It was the ultimate test of nerve but I never budged and the fat man never blinked. Then at last the announcer lifted the Meccano set up beside him. He leaned into the mike and his voice boomed around the room.

‘Okay, folks! Now’s your chance to win this magnificent Meccano set! Tickets sixpence each… or six for half a dollar!’

The ticket sellers were immediately besieged by frantic kids and their even more frantic parents. Now I was like Ma, in the melee, pushing and being pushed as I struggled nearer the precious tickets. I was afraid I wouldn’t get one but then a man in front of me moved aside and I grabbed a seller’s wrist.

I got my ticket but then I saw something at the opposite side of the stage that made my heart sink. The fat man towered over the crowd and flashed a large green note at a seller. The seller smiled, took the note and handed him a whole sheet of tickets. Ma was great at sums so I hurried back to her.

‘Ma, how many half-dollars in a pound?’

There were three hundred numbers on the wheel and the fat man had forty-eight of them. I only had one. I needed a miracle so I promised God I’d be good forever if only He would come across. I was mid-prayer when the announcer set the wheel spinning.

My ticket was number eighty-eight. Ma said that was known as two fat ladies.

At first the coloured segments of the wheel blurred into each other and the retaining spring hummed over the steel pins that divided one number from another. Then the wheel began to slow and I could make out the different colours. The spring made a clickety clickety sound. Slower, slower, the spring now click, click, clicked. Number eighty-eight was homing in on the target. It was twenty slots away, then ten, five, four, three, two, one! The two fat ladies were home and dry. I was already airborne when I heard a sound that cracked around the room like the lash of a whip, Clliccck!

The announcer checked the number and called the result.

‘And the winner is… number twenty-one! Twenty-one, the key of the door!’

Tears of rage and pain sprung to my eyes. I felt sick, humiliated, cheated by life yet again. Then to add salt to the wound I saw the fat man stretch out his big, ugly paw to hand up his disgusting sheet of tickets. He looked over at me, a cheesy grin splitting his fat, red face from ear to ear. I charged towards the door with the announcer’s voice booming from the stage behind me.

‘We have a winner! Congratulations, sir!’

Ma chased after me hauling the sack along with her.

She caught up with me in the foyer.

Everyone in the foyer looked as I turned and lashed out like a viper.

‘Losers! That’s all we are! We never win nothin’, have nothin,’ get nothin’!’

Ma tried to hush me but my rage poured out at her.

Ma’s face whitened and tears welled in her eyes. Instantly I was sorry. Sorry. Sorry.

Now it was my turn to chase after her.

On the steps outside she turned on me as viciously as I had turned on her.

‘You think I wouldn’t like somewhere nice to live? You think I like wearin’ other people’s left-offs? So your Da ran off with a trollop… but I didn’t run off on you… an’ don’t you ever shaggin’ well forget it!’

Ma had cursed. For the first time in my life I heard her curse and I had caused her to do it. She stormed off across Dawson Street and stood at the bus stop, the canvas sack clutched tightly in her arms. She was sobbing, sobbing like she’d never stop. I went up beside her and though boys are not supposed to cry I couldn’t stop the tears that began to trickle down my face.

I thought for a second that she was going to slap my face but instead she took out her handkerchief, dried my eyes and then dried hers.

I was forgiven, the matter was closed, or so I thought.

A few moments later the fat man came marching across the street. He had the Mecanno set tucked under his arm. I felt sick. My penance was to have him pass within feet of us but instead he stopped, doffed his hat to Ma and smiled down at me. His voice was rich and plumy, a perfect match for his money.

‘Glad I caught you!’ he gasped. ‘I couldn’t see the boy anywhere!’

Ma pulled me in close to her.

‘Forgive the intrusion, but I couldn’t help notice how much the lad wanted to win this Meccano set… so I took the liberty of trying to win it for him.’

We were both speechless so the fat man continued.

‘My son played with Meccano when he was a boy. He’s an engineer now. Runs an open-cast mine near Sydney.’

The fat man gazed sadly at the Meccano set.

‘He loves Australia. Can’t ever see him coming home. It’s been years since I’ve been able to hand him a gift so…’

His voice trailed off and he looked very old and very lonely, but lonely or not Ma always refused charity, always, without exceptions.

‘Please take it!’ the fat man begged, ‘It would make my Christmas!’

He held out the Meccano set and to my utter amazement Ma smiled and said, ‘Joey, say thanks to the gentleman… and don’t snatch!’

I didn’t and the hand-over was solemn and dignified. Then the fat man stepped back a pace. He again doffed his hat to Ma and smiled down at me.

The fat man turned and walked off into the gathering December darkness. As he disappeared I promised myself that on Christmas morning I would take out our old battered atlas, get a big sheet of paper and copy out a map of the world. I’d mark in all the countries, especially Ireland and Australia. Then I’d open up the Meccano set and build a bridge linking the two countries together. So what if my trousers and jacket didn’t match.