We’ll Have You There by Noon 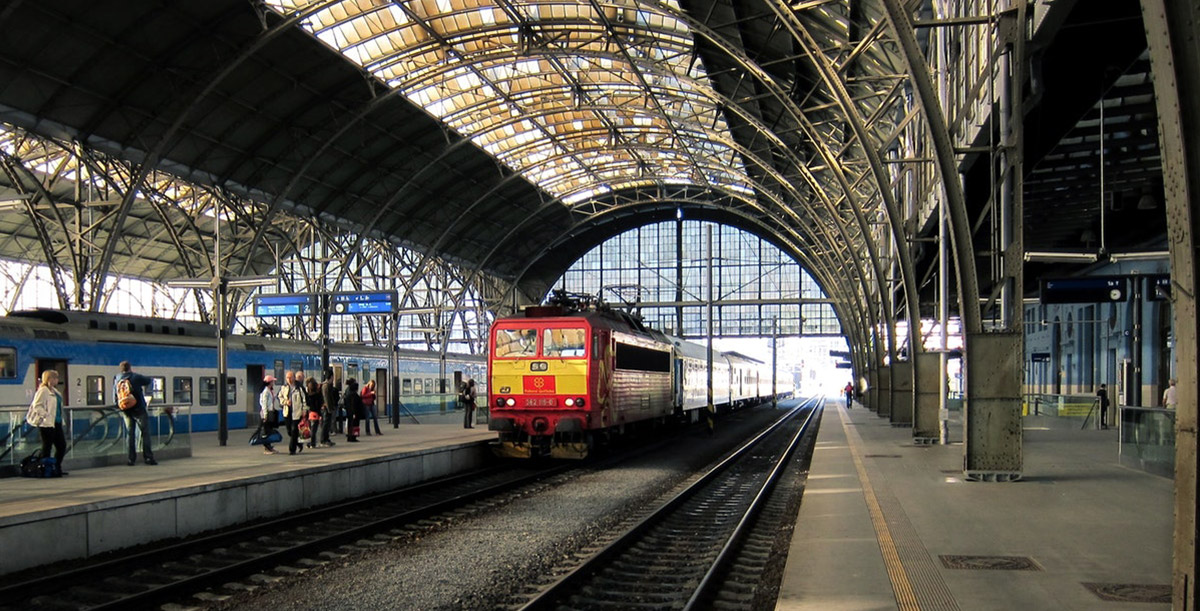 I walk about the platform, the early morning beginning to warm around me. The barriers come down but I can’t see the train coming.

Tiffany takes my hand. ‘It’ll be alright,’ she says, ‘You wait and see.’

‘Ever notice how long it takes the train to get here, after the barriers come down?’ I say.

Tiffany has come out of the house without having washed her hair, so it doesn’t shine how it usually does.

She sits me down, pulls my head forward, an ear against her swollen belly. Tiffany once bit off part of my left earlobe during an orgasm. She’s never forgiven herself.

I wrap my arms around her, put both hands on her backside and nod as my unborn son kicks me in the head.

‘Here comes the train,’ she says.

I look up and notice her smile has slipped.

She hands me my overnight bag and this morning’s newspaper that I know I won’t read. I’ll spend tonight at my father’s, water his garden, sleep on the sofa, keep out of the bedrooms. Tiffany gives me a kiss. Her lips are dry.

‘Give your dad my love,’ she says.

The house will be quiet. I will have to get used to its smell again. That aroma of ginger biscuits that was replaced by the reek of TCP that came off the bandages around my mother’s legs before she died.

My father has lived in Oldham, just northeast of Manchester his entire life. A place of charity shops and run-down pubs.

When I was a teenager I’d walk around the streets at night, pissing in shop doorways like a dog, smashing windows of derelict houses.

After every home match at Boundary Park, our neighbour Mr Hoyt would shuffle along Furtherwood Road in slippers and cardigan, head down, looking for squashed cigarettes. My younger brother Terry and I would shout ‘tramp’ from our bedroom window and he’d shake his head and mutter.

I can picture myself clicking open the iron gate and standing in front of the house, condensation on its windows. There will be that patch of dead grass where Father dumped the real Christmas tree one January when I was twelve.

The light is harsh. I blink. The conductor asks for my ticket. He marks it with a biro instead of punching it. I notice he has dried blood on his chin. The passengers around me are plugged into earphones, or have their faces in newspapers, mobiles, laptops, or in the case of one lady, a book. Nobody is looking out of the window. Nobody cares.

It is still very early and I should have had more coffee before leaving. My father would always have one slice of toast with marmalade and two cups of tea at breakfast. He would come down already dressed in his grey work clothes while the rest of us were still in pyjamas and dressing gowns.

My brother and I would sit together at one side of the table and if Terry or I messed about father would put down his tea and point at one of us and say, ‘Shall I come around there and box your ears?’

Then he would begin coughing, and it would go on until mother would smack him on the back and say, ‘Get it up, John, get it up.’

The train stops, three people get on. One is a woman who wrestles with a large suitcase on wheels. I’m watching but no one is helping her lift it into the luggage rack. She’s just about managed it but the effort has made her sweat. She’s walking towards me, there are no other free seats.

‘Is anyone sitting here?’

‘It’s rubbish, I’m so behind this morning.’

I’m smiling, but I won’t say more. Smiling is adequate, babies do it to strangers all the time.

She reminds me of someone I have seen on TV. As she wriggles around in her seat, I squash myself up against the window.

My father talked a lot about the time when he would no longer be around.

‘I won’t always be here to help you,’ he would say.

But he is still around, and I wish that he wasn’t.

He tried to teach us things. How to change a plug socket, how to shave, how to tie our shoelaces and how to drive. Tiffany thinks it is funny that he never taught us how to cook. Getting married would take care of that.

My feet are sweating and I want to take my shoes off. I’m not sure I can do so without the woman noticing or without damaging the heels of my boots.

When father dies I’m going to keep the house. I’ll have it renovated and let it out.

The train is slowing down, stopping. There are two rabbits on the embankment staring at me.

I’m smiling at her frustration. This is the first time ever I’ve been glad to be held up.

I married young and have stayed married. Though Tiffany has never accused me, I can’t sit next to or talk to an attractive woman without feeling as though my faithfulness is being tested.

I can see my father, stopping the car outside a terraced house on our way to a scouts meeting. Turning in his seat to look at Terry and me.

‘You’re not to mention this to your mother.’

He got out, knocked and a woman came to the door, a Labrador at her feet. While my brother played with his Action Man I watched as father patted the dog and laughed with the woman.

The conductor is walking down the aisle looking flustered.

‘Problem on the line. A jumper at Stafford.’

‘Are you for Manchester?’

My knee is aching and I can see the woman is watching as I stretch my leg.

‘I can’t imagine how anyone could throw themselves in front of a train,’ she says.

I’m trying to look upset. Maybe I won’t make it to Oldham before father dies.

At bedtimes I used to read The Dandy to my brother because mother couldn’t read and father was never home to say goodnight.

I’ve often wondered what kind of a man Terry would have grown up to be. He looked like our father, though never acted like him.

‘Forgive me for asking, but what happened to your earlobe?’

At first I don’t know what she’s talking about, but then I realise and cover it with my hand.

‘Sorry,’ she says. ‘That’s rude isn’t it? I’ve made you uncomfortable.’

‘How awful for you.’

‘Was it your dog? Did you have it put down?’

‘How awful,’ she says again.

Now I think about it, Terry died on a Saturday. Mother died on a Sunday. Today is Monday. It would make sense for him to go today.

That family holiday in Cleethorpes. Terry almost choked to death on a bone whilst eating fish and chips. Father held him upside down and shook him. As it was happening I thought to myself, he’s going to die upside down. How many people have died whilst being upside down?

One year later he was dead.

Her hair is long and tied back in a tight ponytail. It would look much better if she let it down.

Tiffany has been rubbing baby oil on her tummy. She has read that it prevents a pregnant woman from getting stretch marks. ‘You wouldn’t want me getting purple lines all over my belly, would you darling?’

‘Do you commute to Manchester for work?’

She’s studying what I’m wearing. Nobody dresses like this for work.

‘My father’s in hospital.’

After my brother died, father would bring things home on his way back from work. Ginger biscuits, ice cream, sometimes a pork pie or black pudding.

I ate a whole packet of ginger biscuits in the bath once. I used to have to share the bath water with Terry. Whoever got in second had lukewarm, cloudy water. Strange, how I missed fighting with him over that.

‘You don’t like your father very much, do you?’ says Laura.

‘Because I think it’s true.’

Maybe she sees it in my eyes.

I wonder how it must feel, being taken into hospital, knowing full well you’ll never come out.

The train is beginning to move again. Someone up front has just given a sarcastic cheer. Father never talked about Terry. And when mother died, I never heard him talk about her either.

I press my face against the window. The sun is warm.

Tiffany said she doesn’t want our baby to be an only child.