Visit to the Toy Museum 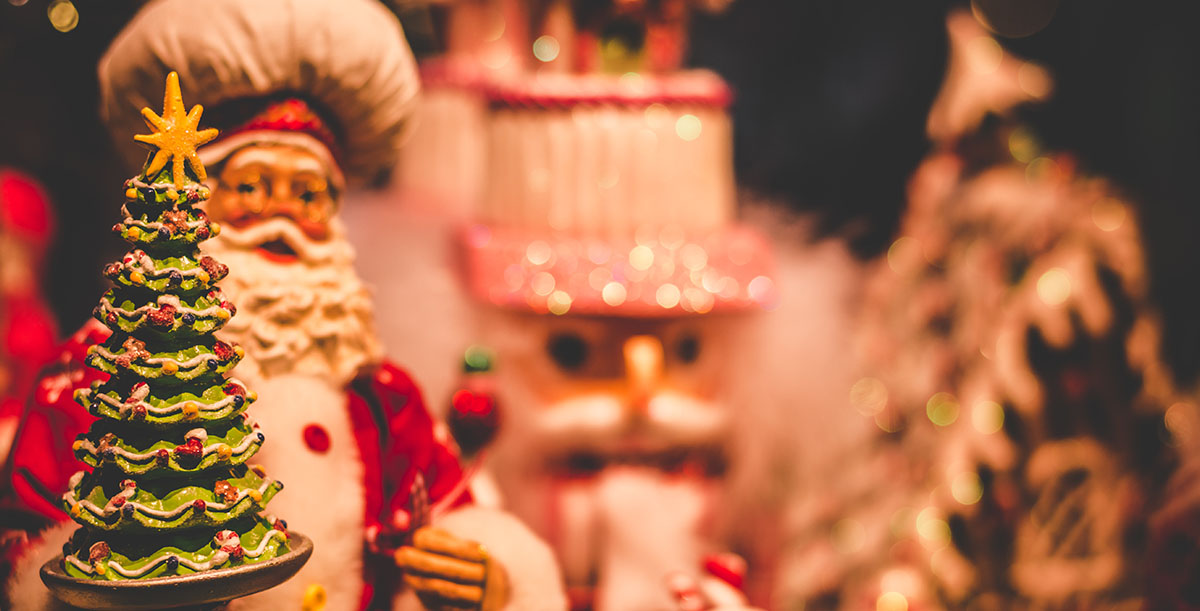 Charlie’s Toy Museum was built on an old bombsite and had been open almost twenty-four-seven ever since 1953.

Charlie Walsh and his beloved but sadly late wife, Mu, loved kids so much that they had seven of their own. When their seven had wed and increased to twenty-seven, and the twenty-seven also wed, Charlie began to lose count of the number of grandchildren and great-grandchildren who filled his life with cries and screams, hopes and fears, and every kind of emotion a man could experience.

At the age of seventy-five, Charlie, still in fine health, ran his museum like a battleship, with plenty of young helpers to keep his dreamboat afloat.

It was Christmas Eve in Charlie’s hometown on the English south east coast. There’d been a sprinkling of snowflakes, but nothing like that great big freeze-up in 1963. That hadn’t been a White Christmas, he recalled, but he just remembered the layer upon layer of thick, velvet whiteness. He’d helped his kids build an igloo in the back garden. They’d even put a small, round table inside, and lit a candle to celebrate their achievement. Why, it could even have been a Spring snowfall, which was unusual.

Nowadays the seasons were even less marked: his grandson, Mark, told him that he didn’t really know what Autumn and Spring were because Summer seemed to suddenly change to Winter.

What a funny old world this has turned out to be, thought Charlie, as he took down the Children’s Bumper Christmas Fancy Dress Party poster, and picked up the teddy from the play area in the museum. He’d closed the doors for the last time before Christmas. Tomorrow they would be flung open again for all those wonderful kids, young and not-so young, to celebrate a huge family Christmas. Although Charlie missed Mu, especially on this day, there were very few times he ever had to himself. Sometimes the moments of stillness were precious: often the most precious moments were the most fleeting – like the sudden sparkle as the early morning sunlight touched a silver bauble on the huge Christmas tree he’d put up in the lounge. Or when he took an evening stroll on the beach with his Labrador, Ben, and caught a glimpse of white horses as the waves were frothed up by a passing boat. There was beauty in so many things, however simple, if you only took the time to look.

Charlie studied the teddy bear he was holding in his weathered hands.

Funny old bear, he mused. I could swear that his black cotton stitched mouth is grinning even more widely tonight. Charlie chuckled to himself. Must be a trick of the light, he decided. Haven’t touched a drop of Christmas sherry yet. He would have that waiting on a tray in sparkly crystal glasses for when the older guests arrived in the morning.

Charlie placed the tubby old bear back onto his chair in the corner of the museum, next to the tin drum and the wooden airplane. He would make himself a steaming cocoa, check Ben was settled for the night, and then have a hot bubble bath and get himself to bed. Tomorrow was set to be a busy one, and he knew the first of his great-grandchildren would be hammering down the door as soon as dawn broke.

My, today had been busy. Despite it being low season, a lot of people had drifted into town after the music and drama festival had finished in an adjoining town. Takings had been the best that he’d seen all year. It was certainly a day to remember. And it had been an excellent idea of his granddaughter, Stella, to open a coffee shop overlooking the playroom, so that burned-out parents and carers could safely oversee their charges, whilst indulging themselves in a hot latte and a delicious home-made Danish pastry. As he closed his eyes, he thought of how the playroom had buzzed with tiny feet and resounded with excited childish cries…

‘Up, up, up,’ squealed Jimmy, a tall, dark-haired boy, dressed in a sailor suit. He was playing with the toy wooden airplane. For now he was a pilot and had important business to attend to with the opposition!

A smaller, stockier boy called Lance banged the tin drum. He was dressed in threadbare clothes; his breeches were worn at the knees and his sweater needed darning; he sneezed twice, and sniffed. But while he had his drum, he was king of the battlefield, marching on to meet his fate, whatever that was to be.

Playing a little further away from the boys was a tiny, pale girl called Victoria. She commandeered the big teddy bear. Snatching him off the chair, she’d hugged him really tightly, defying the others to try and take him away from her. She talked to the bear as if he were a wise old friend. She told him secrets because she knew she could trust him not to tell!

The children had never met before it seemed. They were happy to play alongside each other; each swept up in their own fantasy world, oblivious of whatever else might be happening around them or indeed in the world on a grander scale.

But then something went horribly wrong.

There was a loud cry from Lance as he collided with Jimmy, who stumbled and fell into Victoria, who tripped on her white tunic. The three ended up like human dominoes on the parquet flooring of the museum hall.

For a few moments they were all stunned: whose fault had it been?

‘Why were you running so fast?’ complained Victoria, rubbing a sore arm.

‘It wasn’t me,’ said Jimmy crossly. ‘It was him.’ He jabbed at Lance’s shoulder. ‘You weren’t looking where you were going with that stupid drum—’

‘It’s a plane!’ retorted Jimmy. ‘And if you hadn’t been making so much noise then you would have heard me coming.’

The boys were about to indulge in a favourite schoolboy pastime, i.e. beating the living daylights out of each other, when Victoria interrupted them: ‘Shut up, you two. And listen. Can you hear it?’

The boys picked themselves up from the floor and looked at the little girl as if she were crazy.

The three stood together and looked out of the big picture window.

They tiptoed over to the window and watched the huge flakes fall and settle on the December landscape.

Jimmy reached up to open the window.

Jimmy smiled down at him. ‘No, I don’t think so. Can’t you smell the coffee? They’re busy. Let’s check on the snow!’

Each child put a hand out of the window to feel the snow as it fell.

‘Can you see the crystals?’ said Lance. ‘They are actually shaped like those doily things my grandma puts on plates for when her posh friends come round.’

‘But Victoria’s right, Lance,’ said Jimmy in a quieter tone. ‘You can hear the snow falling. It’s like a very, very quiet whisper. Listen.’

They listened to the snowfall for a full five minutes before Victoria said: ‘How did you know our names, Jimmy? We’ve never met you before.’ And then she laughed when she realised that she’d somehow known his name, too, without being told who he was.

Jimmy closed the window. The three of them formed a little circle, and looked at each other in puzzlement.

‘There aren’t any adults drinking coffee, are there?’ said Lance in a small voice.

‘No,’ said Jimmy. ‘We can smell the coffee because they brew it all day here and the smell stays around all the time.’

‘Forever,’ said Victoria. ‘Not like the snow.’ She looked down at her small, pale palm to where the snowflakes had melted into a single drop.

‘Why are you wearing such funny clothes, Victoria?’ said Lance. ‘Not being rude, but you look as if you’ve been in the wars, or something.’

‘That’s because I have,’ she replied. She looked down at her charcoal-tainted toga. ‘I was one of the lucky ones who escaped from Pompeii when the volcano erupted. Not being rude, Lance, but you really do need a new set of clothes. Those look as if they have been worn by several other boys before they were handed down to you.’

‘That’s because they have,’ said Lance proudly. ‘I lived with my parents and twelve brothers and sisters in London when King George was on the throne.’ He turned to look at Jimmy. ‘And what’s your story, flying boy?’

‘My father was one of the first British pilots in the First World War. He won three medals,’ he said proudly. ‘As for this sailor suit I’m wearing, yes, I agree, it sucks. But it was all the rage then.’ He blushed and the others laughed kindly.

‘So if we are all from different times,’ said Victoria slowly, ‘then what time is this?’

At five minutes to midnight, Charlie was awoken by Ben’s barking. Charlie peered through the chink in the curtains. ‘Stupid dog. Must be barking at the snow!’ He grabbed for his dressing gown and rooted around for his slippers. He knew he’d never get any peace till he settled Ben again.

Throwing on the lights would very likely panic the dog even more. So Charlie lit a candle and crept quietly down the winding staircase to where Ben’s basket was in the kitchen.

But the basket was empty. Through the gloom he spotted the door to the playroom was ajar. ‘Hmm,’ he said to himself. ‘Could have sworn that I shut that soundly. No matter. Now where’s that stupid dog?’

The time was just past midnight. In the minutes between Charlie being disturbed by Ben the three children had found their time.

‘Come on, hurry up! It’s almost midnight. You have to tell us what year you’re from!’ said Jimmy.

Jimmy and Lance exchanged a look of despair. ‘Girls!’ they chorused.

‘Fancy dress. Got covered in soot, playing near the hearth. I’m from 1902. Germany. The year the teddy bear was born.’ She quickly grabbed the huge teddy and thrust it between the three of them, so they could hug it together.

‘This is our time,’ she said, and her words were carried away on a whisper and a prayer, for at this point Charlie burst in to find…

Ben was sitting quietly watching the snowflakes as they fell. He whimpered a little as Charlie bent to stroke his sleek black head. ‘Good boy,’ said Charlie. ‘Good boy. You’ve not seen as much snow as this before, have you?’

But it wasn’t the snow that gave Charlie his precious moment of stillness. He spotted that stupid old bear on the floor again. Why ever wouldn’t it stay on its chair? Had Ben knocked it off? As he picked it up to put it back on the chair, where it rightly belonged, he knew this was one very magic moment. A flick of the candlelight; a reflection of the moonlight from the snow playing tricks on his fading eyesight; even a sudden recall of that feeling when he was a little kid waking up on Christmas morning after Santa Claus had been. Yes, a little kid from a long time ago knew that bear had been up to something tonight!