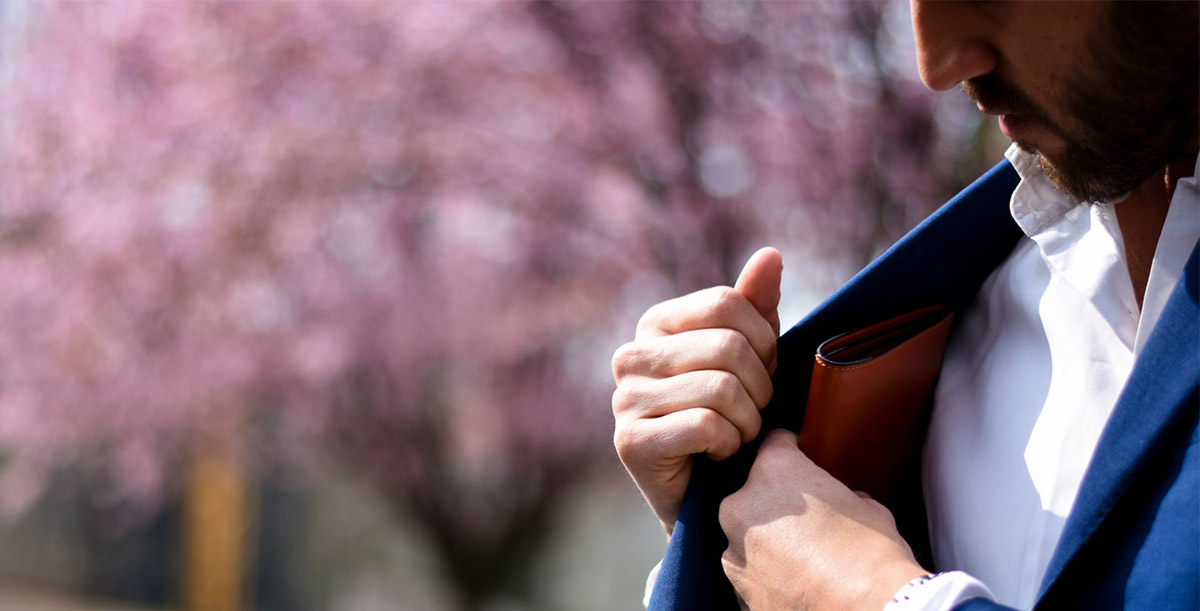 Having swallowed a bellyful of commuters, the steel serpent sighed to a halt somewhere in the depths of its underground domain as if it simply couldn’t summon the strength to carry on. The lights flickered out and for a moment the carriage was consumed by the darkness and silence of the tunnel. The returning lights illuminated one or two uneasy expressions but most faces were still nonchalantly buried in books and morning newspapers, immune to the dark. A few passengers conversed in library whispers until the train shuddered forward again and it became evident that it would not expire between stations.

Martha had begun her journey sufficiently early and far enough out of the centre of London to have been able to select her usual seat in the corner of the carriage, from where she could observe her fellow travellers. Now that the train had penetrated the flesh of the metropolis almost to its heart, there were more people standing than sitting and Martha was glad of her comfort. A willowy girl nearby was trying, with only limited success, to maintain her steadying grip on a handrail without getting too close to the sweaty armpit of the overweight Savile Row strap-hanger next to her. Martha reflected with a wry smile that this was what the human race regarded as civilisation.

And people-watching wasn’t purely for entertainment, in Martha’s case. Her observation skills and keen eye for detail were definite assets in her unusual line of work, so she practised looking beyond the façades people chose to present to the world, seeking clues to their true identities.

There was an example now in the seat opposite, glimpsed whenever the intervening suits and shirts swayed with the movement of the train. A pretty girl in her twenties; straightened peroxide hair, far too much make-up, decorated acrylic nails and clothes that didn’t leave the imagination much work to do. More a candidate for Miss Southend-on-Sea than Mastermind, apparently. Yet the well-creased spine of the book that was just visible in the girl’s brightly coloured bag bore a formidable title about quantum physics. Martha savoured the irony that, in this case, it was a book cover that enabled her to judge the real nature of its owner. The not-so-dumb blonde wiggled off the train at the next stop and the eyes of at least half the male passengers followed her until the doors hissed their disapproval and slid shut.

The newly-ingested arrivals at West Kensington included a frail elderly man who gripped his walking stick tightly with gnarled fingers and offered a constant stream of polite apologies as he made his way towards a vacant handhold on one of the green poles. The person who gave up their seat for him without hesitation and helped him to sit down wasn’t the sturdy executive (who only briefly raised his eyes from the pink pronouncements in his Financial Times) or the beautifully tailored woman who suddenly needed to look for something in her very important designer handbag; it was a stocky skinhead with tattooed muscles and stretched earlobes. Martha observed the reactions of the neighbouring commuters; those who blinked away their shattered preconceptions from widened eyes… those whose seats had suddenly become a little less comfortable due to the pricking of their consciences.

Early in her training as a specialist in her field, Martha had been taught that people are naturally programmed to categorise each other. An instructor had explained how the brain initially registers male and female, and reaches a rapid verdict as to whether the face is fundamentally attractive or repellent. After that, adults are often defined according to occupation – cleaner, solicitor, plumber – and our personal subconscious prejudices for that particular pigeonhole are duly applied.

‘Interestingly,’ the lecturer had observed, ‘most of us have single drawers in our mental filing cabinets labelled “children”, “disabled” and “elderly”, regardless of what the individual person is like.’

Martha had also developed a habit of mentally sorting people, but she used a visibility scale. At the top were those who went out of their way to get noticed, to stand out from the madding crowd, like Miss Quantum Physics and the Thug Samaritan. Next were the less daring ones who nevertheless advertised themselves as would-be mavericks with rebellious accessories like red shoes or quirky bow-ties. In the middle of the scale were all the ‘normal’ people – conformist rodents in the rat race. Martha tended to focus on the individuals at the bottom of the scale who, like herself, made a deliberate effort to become invisible. These were the chameleons: skilled at blending perfectly with their surroundings, purposely rendering themselves unremarkable and unmemorable. Some did it out of shyness, to avoid drawing the gaze of potential predators. Others, however, did it for the opposite reason: to enable them to get close to their prey.

The commuters continued their subterranean voyage, lulled by the train’s soporific heat and heartbeat. Martha was careful to let it appear that she’d fallen under the same spell, but she was watching a chameleon. He was like every stereotypical businessman who travelled into the city: sombre suit, plain black shoes, subtle shirt, quiet tie. If the carriage was a room, he’d be wallpaper. But Martha recognised all this as camouflage. Despite the stifling warmth that had accumulated, the chameleon’s suit jacket stayed firmly buttoned. And, although he had been sitting on the train for almost as long as Martha herself, the newspaper tucked under his arm hadn’t been unfolded once. It was merely a prop, part of his businessman’s costume. In her corner, Martha casually removed a notepad and pencil from her bag and started to doodle something.

The train wheezed alongside the signs for Victoria and the chameleon leaned forward in his seat, apparently to check the name of the station. People were moving around the carriage with increasing urgency, squeezing past each other to escape through the open doors. As they moved past him, their pockets and handbags were conveniently level with the chameleon’s face. He used his folded newspaper to mask the movement as he dipped his predatory fingers momentarily into a pinstriped pocket and skilfully removed a sleek mobile phone. Martha continued to scribble idly on her notepad.

At Saint James’s Park, one of the new passengers was a pregnant woman. As she scanned optimistically for available seats, she moved past the chameleon and Martha caught a brief glimpse of a small blue leather purse as it was expertly transferred from the woman’s open shoulder bag to the man’s pocket. Martha quickly stood up, gesturing to her corner seat.

‘Thanks, but I’ll be okay. I’m getting off at the next stop,’ said the expectant mother.

‘Me too, so it’s no problem,’ Martha insisted, exchanging places with the woman, who sank heavily into the warm seat and absent-mindedly stroked her swollen belly, instinctively soothing her unborn child.

Martha glanced at a showy imitation Rolex watch on the wrist of the man holding the strap next to hers, and briefly took out her mobile phone, pressing buttons to double-check the time. She felt the train start to decelerate and rummaged in her handbag, swapping the phone for a compact of loose face-powder. Letting go of her strap, she opened the compact and peered into the tiny mirror, dabbing the sponge on her nose. As the train braked and went around a slight bend, Martha lost her balance and dropped the open powder compact onto the chest of the chameleon, who was now seated directly in front of her.

‘Oh my goodness, I’m so sorry!’ she exclaimed, patting at the man’s dark jacket and making the pale powder marks even worse.

‘Just leave it!’ the man said, fending off her hands and looking intensely annoyed.

While he was busy brushing ineffectually at his own jacket, Martha leaned down to retrieve her compact from his side and put it quickly into her bag. Then the man unfolded his newspaper for the first time and barricaded himself behind the headlines.

Trailing apologies, Martha moved to the doors a few seconds before they opened. She could see her reflection in the glass panels. The person looking back at her through wire-framed spectacles had short silver-grey hair and wore a blandly pleasant expression on her wrinkled face.

On the platform, Martha reached into her handbag, then caught up with the pregnant woman and tapped her on the arm.

‘Excuse me, dear, did you drop this?’ She held out a small blue leather purse.

The woman took the proffered purse automatically, then turned her puzzled expression to the interior of her shoulder bag. Having groped around in it for a moment, she looked back at Martha, who was smiling and starting to turn away.

‘Thank you so much! I can’t believe it. Honestly, you’re a lifesaver! Goodness, if I’d lost that… well. I don’t know how I could have drop—’

‘Consider it my good deed for the day, dear. Sorry, got to dash.’ And, with another quick, bright smile at the flustered woman, Martha turned on her heel and strode off into the rush-hour crowd. She moved surprisingly fast for someone of her age.

On her way out of Westminster station, Martha stopped to speak to a British Transport Police officer. Delving into her bag once more, she tore a page from a notebook and handed the officer an expertly detailed sketch of a nondescript-looking man.

‘This person is currently in the fourth carriage of the District Line train that has just left the eastbound platform,’ she announced. ‘He’s a professional pickpocket and if you can arrange for your colleagues at Embankment to meet him, they will undoubtedly find stolen items in his possession. He’ll be easily recognised because he has face powder all over the front of his jacket.’

The officer reached for his radio and took out a pen.

‘I’ve written my contact details on the back of the picture, in case you need them. Oh, and let me know if you want a photograph of him; I’ve got one on my phone.’

Before the bewildered policeman could utter a coherent word, Martha had vanished into the flock of commuters that was flowing towards the exit.

She emerged into hazy sunshine and turned south along Abingdon Street. She always enjoyed the half-mile walk in the mornings, when London was rousing itself to begin a new day. Not that the city ever really slept. Sounds and snapshots from the river reached her through the government buildings and trees to her left. No one she passed paid Martha any attention, beyond mentally filing her under ‘female, elderly’. She turned right opposite Lambeth Bridge and entered Thames House via a staff entrance that was as anonymous as she was.

Inside the MI5 building, Martha showed her slightly dog-eared pass and greeted one of the security guards. ‘Hi, Jake,’ she said cheerily. ‘Lovely morning.’

‘Sure is, Martha,’ he replied, letting her through.

Martha knew that Jake raised money for charity in his spare time by singing as a drag queen. She’d seen photos of him in all his effeminate finery, wearing sequinned dresses, fishnet tights, elaborate wigs, false lashes, the works. As she walked away along the familiar corridor, she glanced back at the masculine security guard in his smart uniform and smiled.

Jake returned the smile of one of England’s most accomplished and respected counter-terrorism operatives and mused that you never can judge a book by its cover.