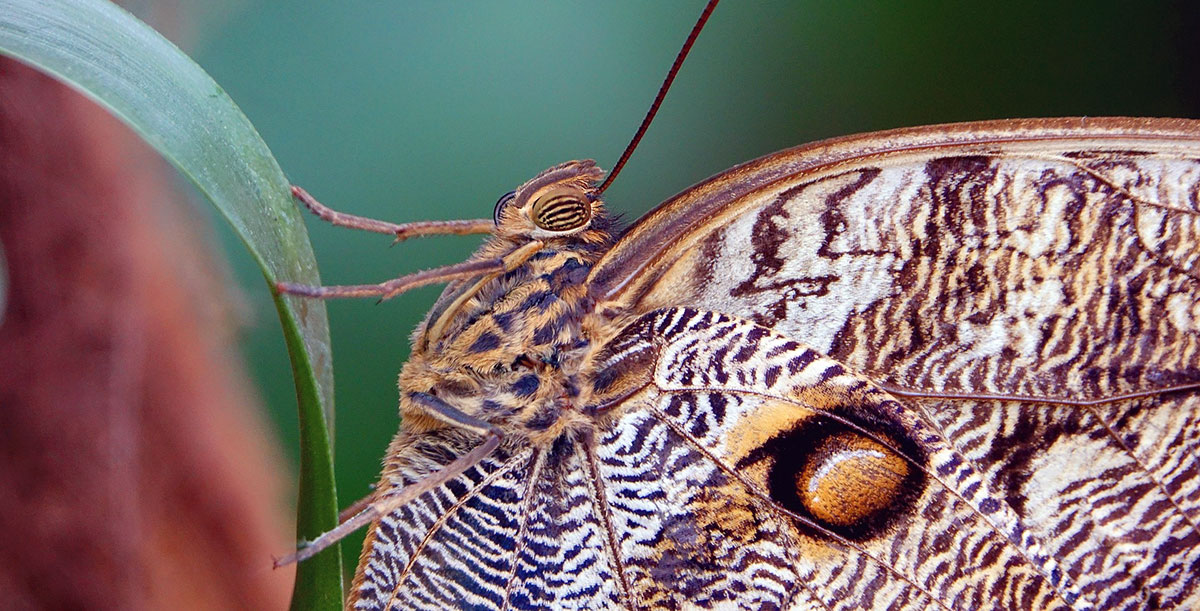 Each morning one of the staff wheeled Mr Aiken from the room where he slept, along the corridor and into the big lounge with all the chairs. Today it was a young man. Mr Aiken did not know him. They did not talk.

Usually he was parked against the wall, facing towards the television. Some days he made a fuss until they moved him to where he could see the garden. However, the young man seemed to know where he liked to be, and took him directly to his favourite position by the windows. Then he patted Mr Aiken twice on his shoulder, and went away.

The windows filled a panel of the wall from ceiling to floor and could be slid open when the weather was warm. He liked it when the scents from the garden crept indoors as the air shifted softly. He liked to hear the leaves whispering. Sometimes he was taken out into the garden.

In the big lounge, the television was loud. It was always on. It was hard to shut out the noises it made: the music, the audience’s laughter, the presenter going on in that unnatural voice that they all seemed to use. He tried to silence it by thinking about the garden. He tried to describe to himself what he could see, searching for the correct words. The loose, general words came most easily: there was always green; other colours came and went. Spring had a lot of yellow; summer had more blue. Autumn brought orange and brown. On a good day he could recall more precise words: emerald and saffron, violet and ochre, russet and chestnut. On bad days he struggled, even with the simplest names: grass and bush, border and flower-pot, tree and…

The young man came back with a tray. There was a cup of tea and a plate with a slice of buttered toast, cut diagonally into two triangles. He balanced the tray on his knees. The young man drew up a chair and sat beside him.

‘Do you need any help?’ the young man said.

Mr Aiken shook his head. He lifted the teacup carefully, steadying it with both hands, and raised it to his lips. Trying not to make any slurping sound, he drank.

When he woke, Mr Aiken was in the garden. It was quiet. He could not hear the television. Someone had closed the sliding windows. He was in the shade of the Cherry tree. The sun was strong and the shadows had clear edges. There were birds, not singing but chirruping, flying back and forth among the shrubs, and into the branches of the tree.

A bush close by, against the garden wall, had spikes of blue flowers and long, sage-green, spade-like leaves. It spread untidily from its centre, the foliage and blossoms drooping as if too heavy for its slender stems. He recognised it. He had seen it elsewhere, in gardens and on waste ground. Maybe he had grown it. Small creatures were attracted to it, the kind that flew, six-legged… insects. Yes, they were called insects. They liked to feed on… sweetness…

He was close enough to see, on one of the flower spikes, a feeding insect, the kind with large wings… A butterfly. Orange, with black spots along the wing edge. As it fed, it raised its wings, showing their darker under-side. Its name was cowering somewhere in his mind. It would not present itself. He tried to stop searching, knowing that if he thought of something else, the name would come. He closed his eyes.

Like switching on the television in the middle of a program. It has no story leading up to it; it begins abruptly. He has no idea what he is seeing… imagining. The countryside, long grass, trees in the distance, a narrow path. The path is white. Chalk. Perhaps southern England. Warm. Windless. The air carries the scent of greenery, of high summer. The girl walks ahead. Slim. Her dark hair spreads wide over her shoulders, falling, touching the small rucksack on her back. She is wearing shorts, and her long bare legs are tanned a golden brown. Did this day ever happen? Who is she? He wills her to turn around, to reveal her face, to locate herself in time and space.

An old woman opened the sliding windows and came out into the garden. She was carrying one of the dining room chairs. It was made from metal tubes. He thought that perhaps he might have seen her on a previous occasion. She did not live here, he was sure of that. Her clothes were neat and… elegant. She had a jacket and skirt. They matched. And a light cotton coat. No one who lived here was so carefully dressed. She was smiling as she crossed the lawn towards him.

‘How are you today?’ she said. A cheerful voice.

She set the chair beside him and sat down, reaching across and rubbing the back of his hand. Her skin was brown and wrinkled, the veins like rivers on a map.

‘It’s good to see you out of doors. The sunshine’s good for you, as long as you don’t sit in it too long.’

Her face had folds in the skin that made deep lines.

She began fussing with the sleeve of his sweater, tugging at it to straighten out where it was twisted. She pulled his shirt collar so that it lay outside the neck of his sweater, and ran her hand across his head, using her fingers to comb his hair.

They sit together, in the shade of a tree, and she opens the rucksack. He watches as she brings out packages wrapped in greaseproof paper, small tumblers and a thermos flask. She smiles. She seems nervous. Unwrapping the packages she reveals sandwiches cut from wholemeal bread, pieces of roasted chicken, tomatoes. She opens the flask and pours pale golden liquid into each of the tumblers.

She is pleased with herself. She smiles again as she hands the tumbler to him. It is cool in his fingers. She raises her drink and touches the tumblers together. They both taste the wine hesitantly. It is cool, and tastes of fruit.

‘You’ve thought of everything,’ he says.

‘I wanted to make the most of the day,’ she says.

He watches her precise movements as she places her drink on the grass and moves on to her knees, leaning forward to lift the sandwiches and offer the opened package towards him on the palm of her hand. She is close to him now. Her face is smooth and shows a faint blush from the sun and the walking. He does not know this girl. He does not know how they have come to be here, high on the shoulder of a hill, with the land falling away gently before them towards the sea. He accepts a sandwich and begins to eat. She sits back on the grass. She fills his mind completely.

‘Did you notice the Buddleia? It’s coming into bloom.’ The old woman pointed towards the bush with the blue flowers, with the butterfly.

Mr Aiken nodded. He lifted his hand and also pointed. He pointed to where the butterfly still sat, drinking from the blue flowers, its wings moving, hardly moving, up and down as it fed. He brought his two hands together, and hooked his thumbs, one around the other. He stretched his fingers and moved his palms together, then apart, then together, raising them into the air.

The old woman watched his hands, then looked into his face.

‘Yes. The butterfly,’ she said.

Mr Aiken lowered his hands into his lap, and nodded.

They lie together in the shade of the tree. So suddenly, yet so slowly is this happening. They have eaten. They have drunk the cool wine. Their conversation has faded in the heavy heat of the afternoon. He has watched while she has tidied the leftover food, replaced the top on the flask, packed everything away into the rucksack. He has watched as she has turned towards him, moved towards him, and, slipping her brown arms around his neck, has kissed him gently, sweetly on his astonished lips.

Now they lie together, the hesitancy, the uncertainty cast off. They have kissed, they have touched and they have, one to the other, given the unspoken assurances that arrive with such breaches of the everyday.

‘Look,’ she says, pointing. The insect seems to be lurching through the air, erratic yet moving purposefully towards them. Its wings beat, black and orange against the cloudless sky above them. They both watch as it drops, still swimming in the air, until it rests on the golden skin of her tanned thigh. She giggles. He kisses her again.

They sat quietly for a time, the old woman saying nothing, Mr Aiken feeling his head drooping forward, the muscles in his neck weary.

When she spoke again, it was in a gentle, low voice.

‘Are you asleep?’ she asked.

He shook his head.

‘Do you remember the butterfly? In Dorset? That first picnic?’ Again, she placed her brown hand upon his.

‘A Tortoiseshell. Just like the one on the Buddleia,’ she said.

He nodded. And she leaned towards him to kiss him on the forehead. Gently. Sweetly.