The View of the Garden in Summer 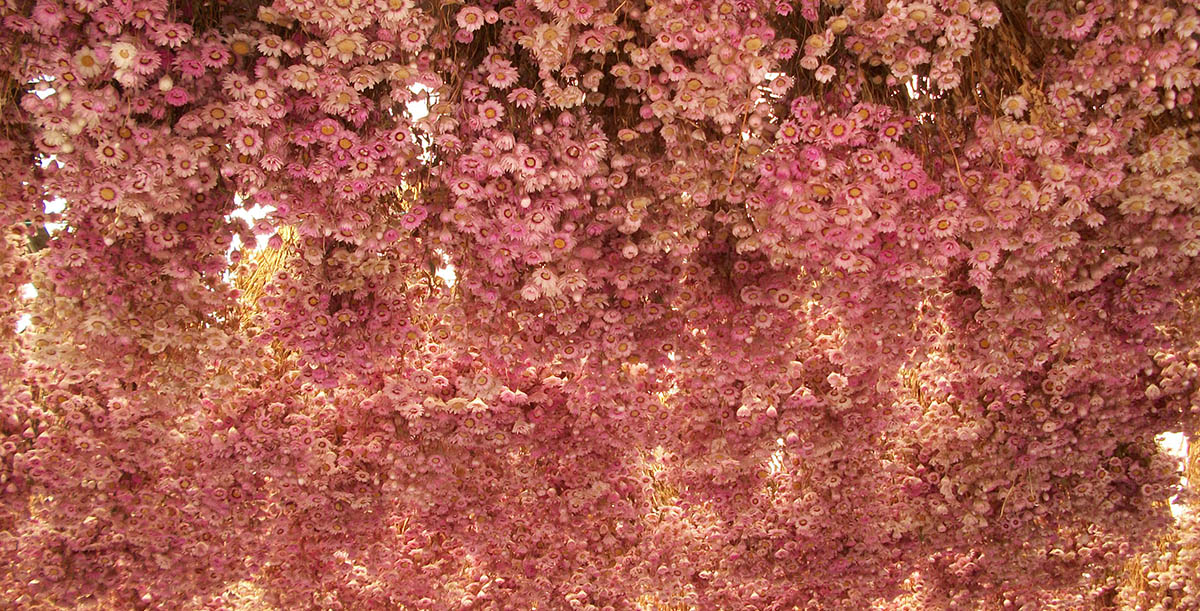 I met him in the Marais. For me, Paris was a passing place en route to the South, but he was working on a series of commissioned landscapes. I was struck by his thick sandy hair, broad shoulders and that he was covered in paint. The cuffs of his grey linen jacket were speckled with azure and primrose; his lapels smeared with scarlet slashes. Brilliant white accentuated the creases around his eyes, and I noticed that when he lifted his glass to his lips, his knuckles were streaked with turquoise and cerise.

Commenting on the colour of my dress, he made my stomach flip over.

His talent was in abstracts, which the gallery called complex spatial compositions. He left the words to the owner and between them they made a living. There was never enough to keep us both but that was fine. When we bought a house together I got myself a job teaching art at the local comprehensive.

After a particularly irritating afternoon, a fortnight before the end of term and the Year Sevens being obnoxious – ‘it’s only art, Miss. Not gonna’ get me a job, in it?’ –  I came home to find the kitchen wall covered in graffiti.

A pair of Picasso peace doves in thickly squeezed black, a black CND logo and a four-foot rendition of the queen’s head. You know the one – the safety pin through the nose – in homage to the Sex Pistols. He always said that they were more influential than the Beatles. I had disagreed, citing my dad’s opinion that without the Beatles there would’ve been no punk.

We had managed to keep that argument going right up until Phil got his diagnosis. Seeming to confirm the doctor’s words, he had spent the days immediately after the hospital appointment sneaking furtive glances at the bare white canvas in his studio: not reflecting on the starting point of a new work, but trying to figure out what it was for and why it was there.

Anyway, he had also painted a gallows on the kitchen wall.  A black streak, floor to ceiling and a crosspiece with the rope tied in a slipknot. The plaiting was done beautifully, the light and shade of each twist so true that I thought if I touched it, I could make the rope swing.

He had drawn himself in the noose; black tongue lolling out of a grimly swollen head. The grey eyes bulged and the limbs dangled uselessly. It was full of frustration, anger and impotence. I stood and admired it for a moment before screaming.

‘Phil! What the bloody hell have you done here?’

He came shuffling downstairs, his smile was that of a child, beaming at me as if I were a good friend he hadn’t seen in years.

‘It was fine until just now. What’s this?’

All over his face, tiny muscles lost their elasticity, his mouth drooped at the corners and his eyes dulled to a blank incomprehension. He turned to look at the wall.

‘Oh this.’ Warmth returned. He held his chin in a ham acting pose; like a critic surveying a new work. One elbow rested on the arm that crossed his body. His brow furrowed and I wondered what he was seeing. He stood for too long, embarrassed that he didn’t know why he was in the room.

I sat down and kicked off my shoes. ‘Phil. You can’t do this. We might need to sell the house and it will put people off.’

‘Shall I take them upstairs?’ He pointed to a spot below the table.

‘Please don’t do it again.’

He crouched down and swiped the shoes.  ‘Are we going to have chips? I fancy chips.’ Clamping my sweaty plimsolls tightly to his chest, he turned and disappeared back upstairs.

I cried. I usually cry for a little while, then my face dries and I carry on with whatever needs to be done: clean the mess, make dinner, drink gin. Eat.

We sat scraping the cutlery across our plates and he apologised. ‘Got a bit down today. Won’t do it again. Promise.’

I wanted him to tell me to piss off, that it was his house too and if he wanted to paint a wall he bloody well would. But he remained silent; concentrating on chasing a pea around the plate with his fork.

I spent the whole weekend covering over the black acrylic. The wall needed coats and coats of white. Even now, I think I can see the queen staring at me through the layers. What I should have been doing was hacking at the shrubs and pulling up the weeds in the garden.

I’d never gardened before and Phil had to teach me. Plants were children, the bullies needed reigning in and the timid ones needed liberty to thrive. Over the years, we grew obsessed by the space. The beautiful-strange things would be sketched: the phallic interior of the hibiscus, the points of the passion flower or the blousy, scarlet petals of a giant poppy. Where my sketches were timid, inky lines, everything he rendered was of intense luminosity and vitality, his brushstrokes searing colour onto the canvas. We would argue over what to keep and what to cull in the garden, dig and sweat, then bathe together and afterwards, sit side by side in the kitchen. Late into the evenings, we watched the flower heads turn to follow the sun until the light faded and only our reflections in the glass were visible.

During the time of the defacement, the flowerbeds were choked, the ivy encroaching on the borders and the furniture mildewed and filthy. Instead of scrubbing pigeon shit off the washing line, I was repainting the wall. Phil hung around so we talked, which was nice.

I came into the kitchen and he was sitting in his chair, the patio doors were flung open and flies buzzed languorously in and out of the space. His forearms were covered in paint: crimson, emerald, violet – well, all the colours in the palette – I suppose. The brush was still drip-dripping on the tiles.

The walls either side of the doors were plastered in flowers, shrubs and foliage. It was a rendition of our garden. The colour was tremendous, like a blow to the eyes. It exploded into the room and bled out to the borders, extending the vista. I moved forward to study it.

‘It’s beautiful. You’ve got the hydrangeas carmine just as it is at the end of summer. And the blue hibiscus – with the yellow and orange lilies – it’s… dazzling.’ I caught myself smiling; felt the creases under my eyes. ‘The lavender is far too big in the foreground.’

‘You always wanted more lavender. You wouldn’t listen, they go all straggly.’ He must have had a drink because he was slurring. ‘You’re not angry then?’

‘No. I can’t be angry. It’s stunning. I love it, Phil. Those birds in the lilac tree –  so tiny and vivid – the yellow under the wings. It’s the pair of goldfinches we saw last year, isn’t it? I hope they come back.’

‘Oh, and the fritillary, you’ve painted more than there was, but I love the snakeskin pattern. Wrong season of course.’ My eyes scanned the wall and Phil’s garden seared onto my retina. It was sunset in the painting, the time when we sat in our chairs, side by side, to watch the sun sink by the back fence. The shade, deepening under the glossy evergreens, was spotted with long thin golden drops. The spiked leaves of the maple he had planted on my birthday, seemed to quiver in a breeze. On the patio, the fingerprint heads of sea pinks and daisies in mould-covered terracotta pots, nodded in greeting.

The clatter of the brush hitting the tiles made me jump. He was slumped to one side; just like his macabre self-portrait, his fingertips leaked paint onto the floor and his eyes were open. The reflection of the garden played green and brown on his pupils.

His work is recognised, it’s collectable and valuable so I didn’t need to sell the house. On quiet evenings, I sit staring out at the garden, only now it’s mid-November and the shrubs are Spartan in their leafless state; the beds brown and empty of colour. The lilac and the maple stand dormant. But I have my wall; it’s a joyous, floral riot and there’s something else.

At sunset, the world outside the patio door darkens and Phil’s painting of the garden blurs slightly in winter twilight. The chiaroscuro shifts and I see him. Dimly present, broad-shouldered, he is a fine grey outline, unnoticed during the day when the painting is suffused with natural light, but apparent when the electric bulb casts a blanket of white on the wall. He’s sitting next to me as my own reflection, in a similar pose, reveals itself in the glass.

Enjoyed The View of the Garden in Summer? Read Yvonne Dykes’ Something Understood here.