The Saturday When Everything Changed 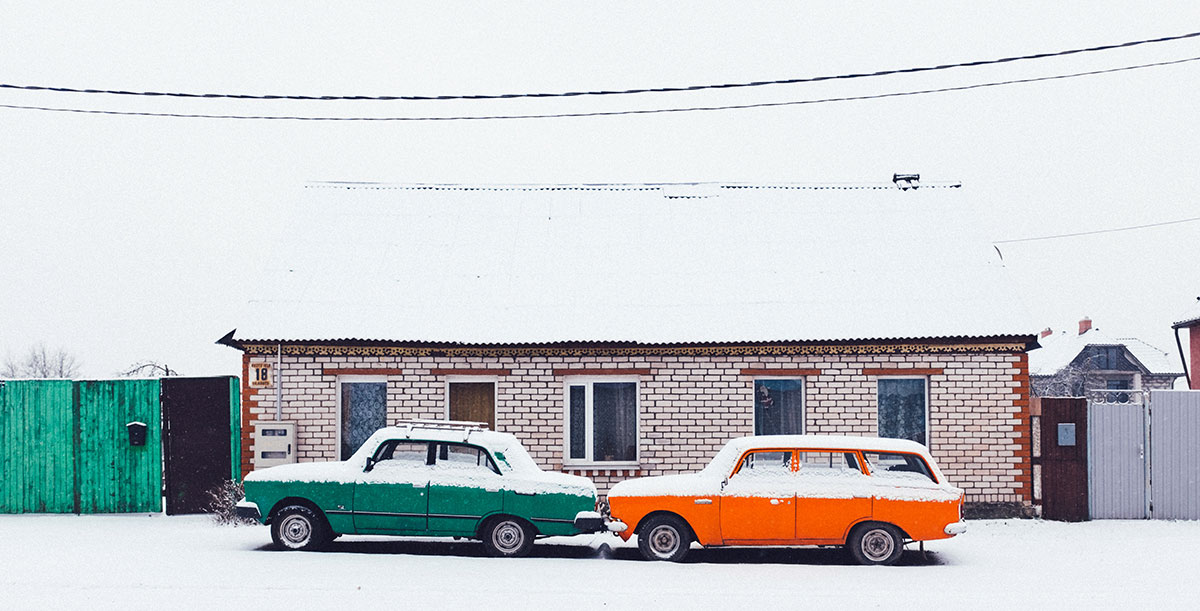 Alina wakes up, brushes her teeth, applies unobtrusive makeup for school (a dust of powder and lipstick in a soft brown tone). On her way to the kitchen, where she will make the coffee, she wakes Liviu up with a soft caress on his arm.

Alina, wearing a dark blue pencil skirt and a white shirt with short sleeves, makes her way to school. Before the doors to the school are thrown open for the pupils, she has time to drink another cup of coffee with her fellow teachers in their break room. Miss Puiu, the music teacher, always comes in at 7:30 and makes coffee for all the staff. The coffee is as diluted and discoloured as herself: her clothes, her hair, even the memories of her sad childhood, which now don’t impress her audience anymore for too much telling. This morning, Miss Puiu repeats the story about how she and her seven siblings were only allowed to have milk with their polenta on Sundays. Everybody kindles their own thoughts, humming and nodding as they pretend to listen.

Before class begins, Alina and the children sing The Tricolour Flag, the national anthem, while looking admiringly at the picture of Ceausescu. From above the blackboard, the Beloved Leader smiles, watching over them like a big brother.

Alina sets the homework in Romanian for Monday. This time, the children have to write an essay explaining why books are their friends. She wishes them a nice day.

Though Liviu will not come for hours, Alina already prepares herself. She puts on a lime-yellow dress that ends a palm’s width above her knee. She uses a dark blue pencil for her mismatched eyes (it works with both grey and hazel) and the burgundy red Helena Rubinstein lipstick, the one Liviu gave her for her birthday. She dabs a little on her cheeks.

When she is done, she sinks onto the armchair in the living room, a historical novel in her hands, The Kin of the Soimaresti. She glances every few minutes at the door. She reads page 127 eight times. She should be working on the maths problems she has to prepare for the textbook.

Alina calls her mother. They discuss the neighbour’s daughter, Alexandra. She is a childhood friend of Alina’s who has just run off with a married man. ‘Run off’ is one way of describing what happened (‘eloped’, to borrow a term from Alina’s mother, is another), but the truth is far less romantic than what might seem to be a page from a Victorian novel. The two live in Alexandra’s one bedroom flat, a few blocks away from the married man’s former home. After sufficient ‘ooh’s and ‘aah’s, ‘Her poor mother’ and ‘Who would have thought?’ have been spoken, Alina’s mother invites her daughter to have lunch with her. Alina refuses, saying she has plans. Alina’s mother is offended and tells her daughter that she only comes by when she needs something. This is unfair, but before Alina has the chance to say so, her mother has already hung up. Fortunately, Alina has no time to be wistful, because Liviu finally arrives.

Alina grabs her white vinyl purse. Liviu wraps his arm around her shoulder and she caresses his hand with the tips of her nails, manicured in an oval shape.

At the restaurant, Liviu orders schnitzel with chips. He cuts the schnitzel in bite-size chunks and the chips in halves. By the time he starts eating, Alina has devoured half of her kievskaia[1] and is taking small bites, combining the chicken, the pickled cucumbers and bell peppers on the tip of the fork. She begins making small talk, even though she knows that will slow Liviu even more.

‘Rodica wrote to me this week.’

‘You know, Rodica, who coordinates the textbook we are working on. She says that my maths problems are very clever, and that I need to start publishing a few. In maths journals for elementary and middle school.’

Liviu grunts, while chewing very slowly on the tender meat.

‘Do your teeth hurt again?’

‘I never thought about that. Getting published, I mean. Rodica says I have to make a bit of a name for myself. Before the textbook comes out.’

‘When is your brother coming back from France? We haven’t seen him in a while. In more than a month.’

Liviu wipes a bit of grease from the corner of his mouth with the linen napkin.

‘The chief inspector told me yesterday that he sent all the papers to Bucharest, to the Ministry for Education. They should be confirming me as an adjunct headmaster in a few weeks.’

‘I’m taking you out for another treat today. How about a marquise cake at Tosca?’

Alina’s smile freezes a little. She was thinking about a different kind of treat. Those Levi’s jeans, eluding her since high school.

As they approach their home, Alina falls silent. The thought that she has not worked on her maths problems, not even a single one, is nagging her. Liviu will want to make love and she cannot put him off.

In front of their blockhouse, two men in grey suits, in spite of all the summer around them, are waiting. Alina is weary. When the men take a few steps to meet them, Alina can feel her heart thumping in her ears. One of the men, the short, balding one, grabs Liviu by the flesh underneath his elbow, burying his fingers into it, and says,

‘Please come with us. We have to ask you a few questions.’

Liviu tries to yank his arm free, but the thick fingers, that look like drumsticks, dig even deeper.

‘What is this about?’

‘Please,’ says Alina, putting her moist hand above the bald man’s. ‘Please. He has done nothing wrong. He couldn’t have.’ Her world is a blur as she begins to lose control over her tears. The taller of the two men in suits takes her gently aside and says,

‘No, he hasn’t, comrade. He just has to answer some questions. We have reasons to believe that your husband’s brother will never return from France.’