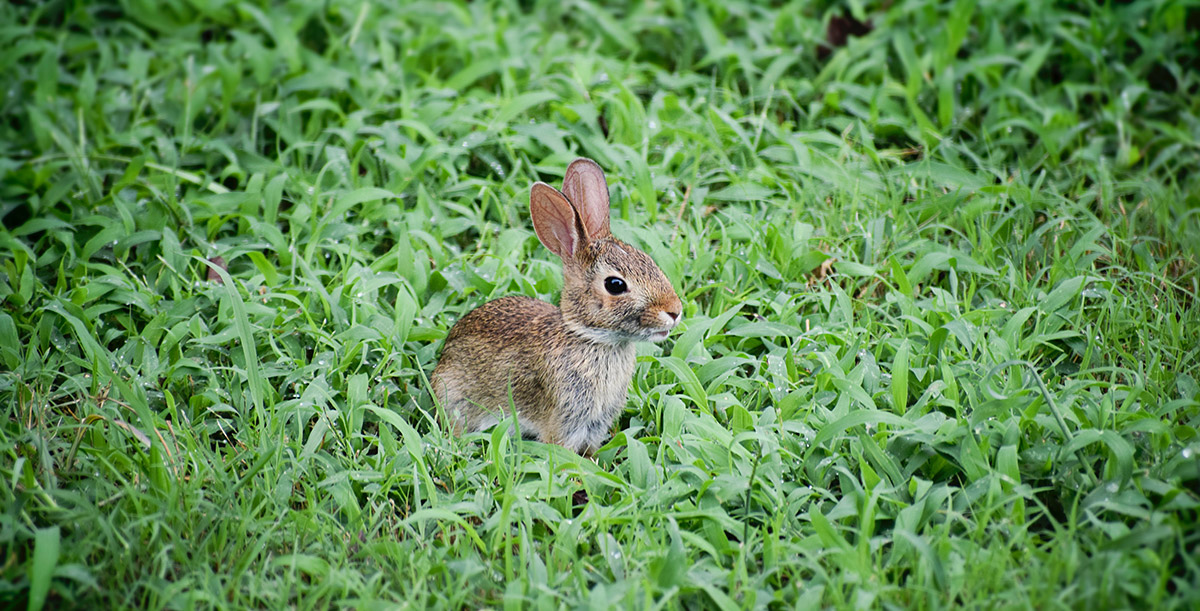 ‘Please,’ I said in desperation as I looked across the open bonnet of my car. It was 2.30am and we were in the garage. It was December and it was cold in Aberdeenshire. Colder than usual.

He was leaning over the car engine, holding a torch in one hand and a small spanner in the other.

Ten minutes ago, I’d woken up alone. I had searched the house looking for him, then searched it again calling his name. It didn’t occur to me that he might be outside, because it was the middle of the fucking night and where would he go? I screamed his name and began to cry, then noticed his slippers by the front door. If his slippers were by the door, then he must be outside somewhere. At 2.30am on a Friday morning. This Friday morning.

I was out of the door in a moment and set off the bright motion sensor security light the same instant I stepped on a sharp pebble. I hadn’t stopped to put on my shoes. I was hopping around on one foot in my pyjamas, half-blinded, when I stopped crying and started to get angry. I noticed the garage door was up and a light was on. I limped into the garage and saw him.

‘Forget about everything else, I’m going to kill you myself,’ I shouted at my husband, filling all the corners of the garage with my voice. I started to cry again.

It was over two weeks ago that he had received the letter giving the time and date of his appointment with a consultant urologist. I knew that it was not going to be good news. Prompt appointments from the NHS are never good news.

The waiting room was lovely and full of worried-looking people. Couples, mostly; middle aged or older. Just like us. The walls were painted a quiet blue and the chairs were comfortable. Inspired by the unimaginative and unthreatening John Lewis design.

We sat holding hands tightly until we were called.

We sat with his consultant, in another thoughtfully stark room, as she explained the diagnosis and listed the treatment options. Then she said everything again. There were a few diagrams, a few statistics, and pamphlets. Lots of pamphlets. She asked us to let her know by the coming Friday what treatment we had decided on.

‘Arrangements need to be made,’ she said.

We then sat with a nurse who offered the really nice kind of biscuits that people will often save for Christmas or very special days. My husband ate seven and would have had more, but that was all the biscuits she had put on the cheerful paper plate.

‘Do you have any questions? About what the consultant told you?’ she asked, and my husband said ‘no,’ no – he couldn’t think of anything. He was holding the small collection of pamphlets in one hand and a biscuit in the other.

‘You’re probably in information overload,’ the nurse said. ‘It’s a wee bit to take in.’

We were given phone numbers, an email address, and a few approved websites to look at if we wanted. She also talked about the treatment choices. I stopped listening at some point and thought about the beautiful biscuits and about everyone in that lovely room still waiting for their names to be called. I hoped there would be enough biscuits for everyone.

‘Well, that’s you then,’ the nurse said as we thanked her. ‘Nae bother,’ she said, cheerfully leading us to the lift.

A week before he received the letter, my desktop Mac had made an odd noise and frozen. It was nine years old and I had never backed it up. Never. But before I confessed this to my husband, I was able to start it in safe mode and copy my recent and important files. I sat and stared at the familiar machine and began to feel a choking panic rise in my throat. What would I do without my computer? This computer. This computer my then live-in partner and my now husband had bought me when his old laptop I’d been using had died. He bought me a brand-new Mac and it was beautiful, strange and so wonderful. I loved that computer and now it was about to die and I didn’t know if I could cope with that. He came into the office where I was silently crying. He asked what had happened and I told him and then he hugged me. He found it sweetly amusing that I was so attached to an old computer.

We came home from the appointment with the pamphlets. He went straight into the office without taking his shoes or coat off. He stood looking at my old Mac that was clinging to life in safe mode.

He sat on the floor of the second bedroom with his laptop balanced precariously on an old chair. He had watched countless YouTube videos already. My old Mac computer was on the floor beside him where he had dragged it. He dismantled it. Carefully, he laid the parts out all around him on the floor and labelled each and every one. He was meticulous.

I wasn’t expecting this to be first thing he’d do when we came home from the hospital. He just sat on the floor watching video after video as people on the internet took apart, fixed, and then reassembled old Mac desktop computers.

I was sitting staring at the very small screen of the laptop I was now using, wishing it was last week and that it could always be last week and that the appointment had never happened, when he wandered into the office. He seemed quite happy.

‘I think it’s the graphics card that’s gone. I ordered a new one from eBay, it’ll be here in a day or two,’ he told me, then asked, ‘What’s for dinner?’ I told him he could have whatever he wanted, that I’d make him anything.

We were putting the dishes in the dishwasher afterwards when he noticed the grouting along some of the tiles and kitchen counters. It had cracked and, in some places, come completely away. He ran a finger along an edge. ‘I can fix this,’ he said, and went off in search of sealant.

He said later he would run to B&Q first thing in the morning for sealant as his had mysteriously disappeared, and then he would fix that shelf.

‘The broken one in the cupboard,’ he answered.

‘The one that’s been broken for three years?’ I said.

I was standing looking out of the kitchen window at the back garden when he came home. It was grey and cold. He had the tube of the stuff he went for, but he also had a tin of paint and an assortment of brushes, which he left in the hallway. ‘I thought I’d touch up the skirtings while I’m at it,’ he said. I made him some coffee and had another cup myself.

‘Bugger,’ I heard him say a while later.

I helped him drag the now entirely useless and even more broken shelf into the garage. It wasn’t easy getting around all the mess that had been in the cupboard, on that shelf that was now cluttering the hallway. He stood scratching his chin, looking around the garage, then asked if I wanted to go back with him to B&Q to look at new shelves. I said no curtly and went in to make some more coffee. He could pick out a new bloody shelving unit on his own. I tripped over the tin of paint as I walked down the hall and swore loudly in the almost empty house.

He had been gone for a bit when I went into the office to look at the news on my laptop, with my fifth cup of coffee in hand. I saw the small pile of pamphlets by the printer. The top one said ‘Treatment Choices: What is Cryotherapy?’ and I knew the one underneath said ‘Know Your Prostate,’ both written in an unthreatening and empathetic font. I called his mobile as I stood looking at the pamphlets and asked him to stop on his way home and pick up some cream; I told him I had run out. I listened to his comforting voice as he happily said he would.

I poured out the half-full container of cream that was in the fridge after I hung up. I stood looking out of the kitchen window into our large back garden and noticed the rabbit. He sat in the sallow winter grass looking towards the house, as he had for a while now. He had suddenly appeared one day.

‘A package came for you while you were out,’ I said when he came home. He looked about excitedly and I handed it to him. I didn’t ask about the shelves.

After dinner, he escaped back into the spare bedroom to work away. He attached and reattached bits and cables inside the complicated computer; he fitted the new graphics card. It was a warren of pins, circuits, and metal. Even one small thing missing and it wouldn’t work or even turn on. ‘Such a complicated and delicate machine,’ he whispered as I stood watching him from the door.

Later, I sat on the floor with him, holding the torch for better light as he tried again and again to put things back together. Until now it had not worked, but a moment later the start-up sound boomed into the tensely quiet space. I felt a wave of relief as the screen began to glow and the image of an apple appeared. He laughed with joy at finally getting everything right.

My computer worked. It begged for my password. I watched as my home screen appeared and felt oddly safe. This was normal and comforting. This was what I had so hoped for.

‘Right, what’s next?’ he said as he looked about the room.

‘What do you mean?’ I asked him, but I knew. I looked at him and wanted to hold both his hands tightly in mine, those hands that he could not let sit still.

He was in his pyjamas.

It was still 2.30am and I was still crying. My car was still between us and I was equal parts angry and frightened.

His face was taut and tired and so very beautiful.

I walked towards him and stood on something else sharp. I was spinning again, hopping with even less grace and swearing astonishingly at my lovely, thrawn, and exhausted husband. He watched in stunned silence. I regained my balance and stomped towards him, trying to grab the spanner out of his hand, but he held tight to that cold and soulless piece of metal. After a brief and surprisingly fierce struggle, it spun from our hands, arched in the air and landed in the darkness just beyond the garage, close to the garden path. I sat down on the freezing cold and dirty garage floor. My husband sat down beside me. We looked at each other.

A sudden and unexpected movement caught our attention and we looked over to where the small spanner had fallen.

The rabbit sat looking at us.

My husband looked at me. ‘Isn’t that the…’

He was so perfectly still.

Then he turned and hopped back along the darkened path towards the back garden.

‘Surgery,’ my husband said. ‘I’ve decided on the surgery.’ I leaned over and rested my head on his shoulder.

‘We’re going to be OK,’ I said, looking out of the garage, noticing it had begun to gently snow.