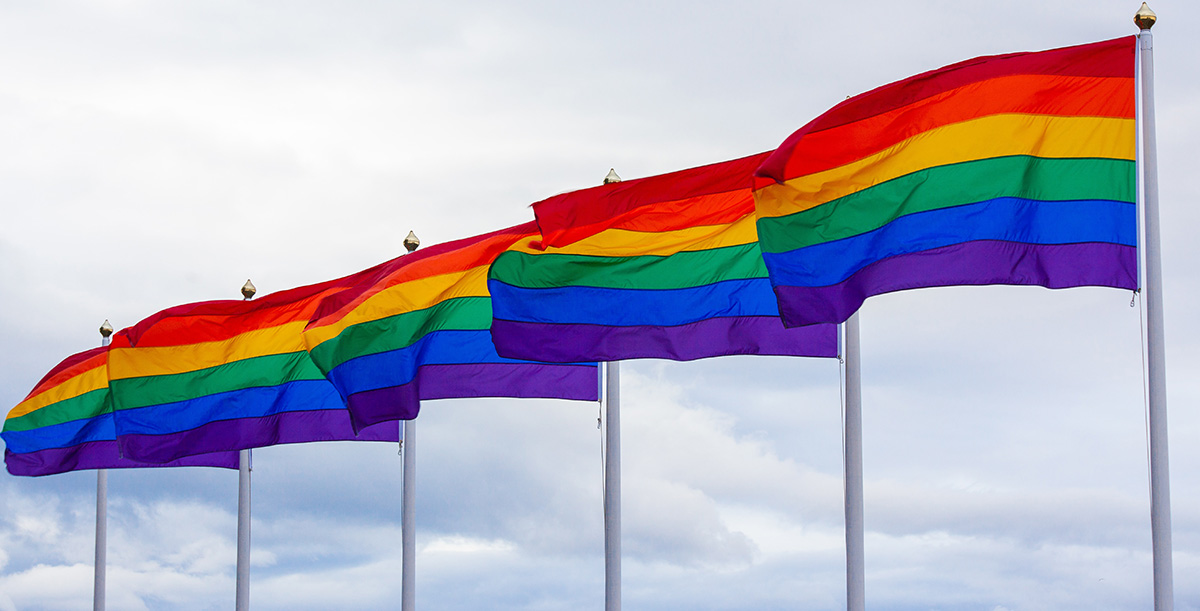 Damian insisted on having his Blanche DuBois moment, on a streetcar named ‘crowded’, which brought on one of his nosebleeds. I’m typing this in a café, while he stems the flow with an ice pack provided by an attentive barista.

On our travels, I’ve gathered lots of ideas for the next Pride festival. When I get back, you and I must put our heads together. I suggest afternoon tea at a boutique hotel I know. Nothing stimulates my creative juices like a stack of mouthwatering macarons.

How’s your Sergio? Is he studying hard?

Sorry to hear your motorbike is still out of action. There’s plenty of time before your charity ride.

Must go, we’re taking a city tour. Damian’s longing to see the ghost of a voodoo queen. I never flirted with the paranormal when I was his age. Life’s challenging enough without that.

I can’t tell from your last email whether you’re enjoying yourself. I hope so, because you needed a break. I’ll be excited to hear your ideas for Pride. Those I’m hearing on the grapevine sound very underwhelming, e.g. ‘Seventies sitcoms’.

Sergio’s been accepted on a new course, so his visa’s been extended. I wanted to celebrate, so I took him to Tooting’s finest restaurant (a welcome change from all his toxic takeaways). Imagine my embarrassment when he checked the cutlery for hallmarks. I was loath to leave the table in case he slipped a few pieces into his rucksack. Luckily, I had planned to present him with a Swiss watch, which matches the chain I gave him for Christmas. For the rest of the evening, the lad was as charming as the day we met.

We’re now at Yellowstone National Park, a place I’ve always wanted to visit. Mountains, forests and waterfalls humble and rejuvenate me. Left to my own devices, I could happily stay here a month. Damian’s determined to be unimpressed. I must find him a gift shop before the day’s out.

Earlier, I was doing some sketching while we took the van tour. Damian spotted a bear along the treeline. I became anxious, as I’m told grizzlies are rather partial to well-fed tourists. Why did I have to insist on ordering packed lunches?

Sounds like Sergio enjoyed his birthday. He doesn’t know how lucky he is.

The buzz from Sergio’s birthday soon faded. I noticed his screensaver was a bearded man in a black-and-white-hooped T-shirt, sitting at a desk covered with gold ingots. As he’s a movie fan, I wondered if it was a still from the latest pirate flick. When I asked, he flew into a rage and accused me of everything under the sun. After our row, I spent three nights on the sofa. We’ve had tiffs before, so I thought we’d get through it.

On the fourth night, I came home from a stint on the helpline to find he’d packed his bags and left. Not only that, my new set of Krugerrands was missing. I spent the rest of that evening with a bottle of whisky, trying to make sense of it all. I recalled when he came into the Citizens’ Advice and I offered him the room over my garage. I never dreamed we’d end this way. I’ve been foolish, haven’t I?

Terrible news about Sergio. I hope you’ve spoken to the police, no matter how unhelpful they may be. You’re not foolish. Love’s such a risky game. Big hugs from me.

We’re in Las Vegas. Last night, we went to a magic show. Damian was keen, so I bought front-row seats for The Mighty Morax (I know, sounds like a brand of bleach). Magic’s not my thing, so I kept my spirits up with a box of chocolate-chip cookies and a super-size coke.

Towards the end of the show, Morax asked for a volunteer to be sawn in half. Damian jumped up on stage. (Funny, he’s always claimed to be frightened of pain.) I had visions of something going wrong. What would his parents say? We’ve been on good terms since he and I met at the party I organised for his twenty-first, but I still get the feeling they’d hold me responsible for any mishaps. I felt queasy and my vision went blurry. The woman next to me was so sweet. It soon passed when I got my Damian back in one piece.

Morax’s rather orange assistant invited us for an after-show drink. She looked different out of costume and makeup, and turned out to be Morax’s elder sister. It was fun. Damian was fascinated by Morax’s gadgets. I had to drag him away.

This morning, I’m feeling lethargic and can barely move my limbs. I can’t wait to get home. They say after a holiday what you need most is a rest. Of course, I’ll have work to do. One of my clients wants a Hollywood-style party on a church-fête budget (I’ll call in a few favours with my suppliers). People are so demanding these days. You did right, selling your business. The Pride committee’s lucky to have you. Nothing would get organised otherwise.

I’ve attached some photos. What do you think? It’ll be fifth time lucky for me, I can feel it.

Exciting photos! Hope you’re adding them to your slide presentation. It’s got to be your turn to win over the committee.

Thanks for your kind words about Sergio. I knew something wasn’t right. I never caught him with any coursework.

Our flight’s been called, after a thirty-hour delay because of a pilots’ dispute. In two hours, I’ll be thirty thousand feet over the Atlantic, while I imagine the cockpit will be a seething cauldron of anger and resentment. Not sure if my stress tablets will hold out until Heathrow. See you soon (I hope).

I thought I’d drop you a line before retiring to bed. It’s great to have you back in Tooting. It’s not the same without you.

That’s why it’s a shame this evening’s meeting didn’t go better. I thought your rodeo-themed presentation was superb. I’ve never seen photos taken from such alluring angles. But we reckoned without Nigel the Naysayer, didn’t we? I don’t think your ideas were old-fashioned or limited. I wish other committee members had joined me in supporting you. Now we’re stuck with his theme of ‘love and friendship’. How will that inspire costume makers? Next year we’ll do better, you see if we don’t.

I’m wondering why you rushed off afterwards and didn’t mention Damian once. That’s not like you. Is everything okay?

It’s good to be home. I was pleased to find the carrots you planted here are thriving.

Thanks for what you said about the meeting. Sorry I was tired afterwards. A combination of jetlag and stress. After an experience like that, a person might wonder if he’s losing his touch. I’m glad you were there. If not, I might have climbed into a skip with a bottle of cider.

As for Damian, you always could read me like a book. He’s still in the States. On the day of our return, I asked him why he hadn’t packed his suitcase. He said he and Morax had a thing going on. Apparently, they first met a few years ago, when Morax came over for a Royal Variety Show. I must admit, it wasn’t a total shock. It’s been many months since Damian sought the comfort of my loving arms. I’d hoped our trip would help (silly me).

Anyway, life goes on. I’m seeing my doctor on Tuesday. You couldn’t join me, could you? I don’t know why, but I have distinct forebodings.

In a doctors’ waiting room sits a forlorn Ed, wearing a thin navy jacket, a T-shirt emblazoned with a rampant moose, and dark jeans. There are two other patients present, both elderly. A TV in the corner is tuned to a programme about renovating a house suffering from dry rot.

Leo strides in, wearing squeaky motorbike gear, carrying a helmet and gloves. He sits beside Ed.

‘Well, we can’t have you facing the might of the medical profession on your own, can we?’

‘Actually, I’ve seen the doctor. I’m waiting for the nurse.’

‘Not really. He says I have type two diabetes. That explains my funny turns. If I’m being punished for my sweet tooth, then I’d rather have type one. I don’t like to be second rate.’

‘Ed, you’re so brave, making me laugh when you’ve had bad news. And you must still be upset about Damian. Don’t worry, I’m here.’ Leo takes Ed’s hand.

‘Thanks, you’re a treasure. I’ve heard from Damian. Sent me a forwarding address. Morax is hanging up his magic wand. He owns a shack on a Louisiana bayou haunted by a headless coffin builder. He and Damian plan to make and sell souvenirs.’

Leo frowns. ‘Sounds ghastly. I know you were fond of Damian, but I don’t trust anyone who wears nothing but black. Those two deserve each other. Talking of exes, they’ve caught Sergio.’

‘No, immigration. What he told me about his visa was a pack of lies. He’d put all his cash into euros and was caught trying to enter the Irish Republic, where he planned to meet up with his pirate friend. He’s sold my coins, but the cops are onto it, so there’s a sliver of hope.’

‘Oh, Leo, you always did have a yen for international men of mystery.’

‘We’re both heartbroken. Why do we do it?’

‘You and me, consorting with cheaters and criminals.’

‘And young ones, too – don’t forget young.’ Leo searches for a positive thought. ‘We support each other, don’t we?’

‘Could it ever be more than that?’

‘You realise that would mean breaking our old agreement?’

‘Okay, then I accept. Where shall we go?’

Leo sits bolt upright. ‘That was quick. Why there? Do you have designs on Kent?’

‘Yes, though I have questions.’

‘Does Kent have Pride festivals?’

‘I don’t know. What theme would they pick? The Canterbury Tales?’