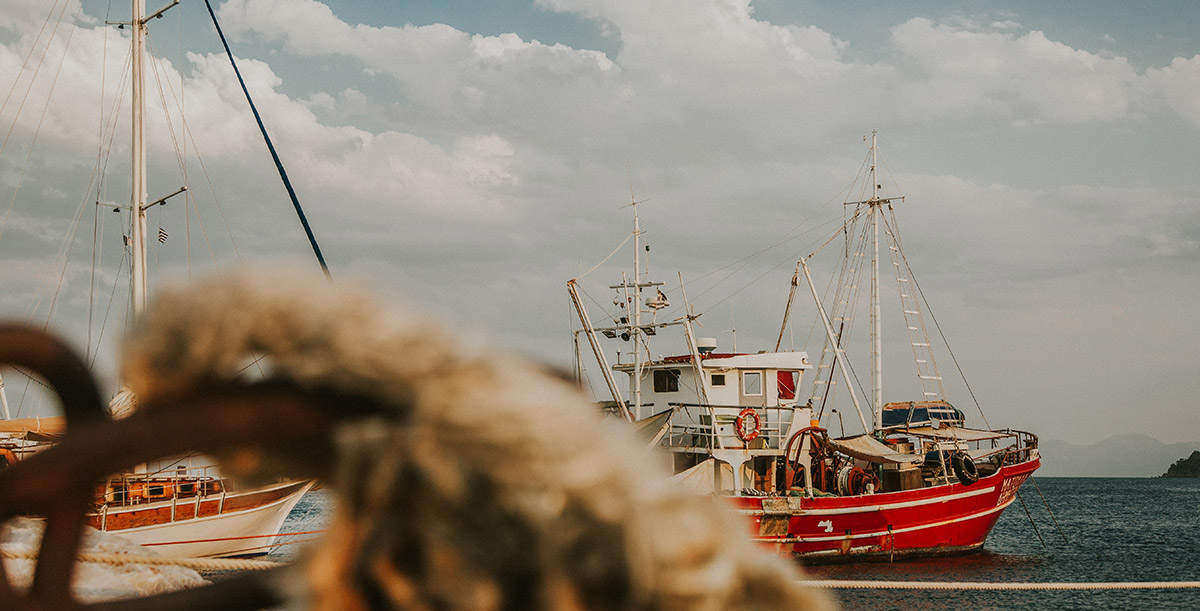 ‘I’m writing a play for my end of year exam,’ Chloe announces.

I throw my coat and bag on a chair. I got caught in an almighty shower on the way home from the office; me, the coat and my oversized bag create a little puddle on the floor.

‘Do you have to write in the kitchen? I’ve got to get the tea on.’

‘What’s it about?’ I ask, pulling clothes out of the tumble dryer. I’m glad of the warmth on my hands.

‘A woman mourning her lost love,’ she writes in her notebook, head down, her shoulders moving to the rhythm of her pen.

‘She won’t find a lost love in the kitchen, she needs social media. Or a detective agency.’ I’m thinking of this kitchen. It has barely enough space for the table and two chairs. I bend down to fetch a reticent pair of drawers out of the machine and my behind gets a slap from the wet coat.

‘I’m thinking of giving her a visitor. Or she can have a party.’

‘Shove over while I get the wash sorted.’

She brushes away pens, a tube of sweets and her mobile. We exchange a tut or two.

‘What’s she doing in the kitchen?’

‘It’s a character, it’s not Helen Mirren herself.’

My fingers ignite sparks as I shake out our tights and bed socks. ‘She probably doesn’t do much cooking.’ I imagine Ms Mirren eating oysters with other celebrities. ‘Is there a part in your play for Stephen Fry?’ I do like him. I can see him pairing socks on the kitchen table, but not her majesty there. ‘What does she do for a living?’

‘I’m not sure yet. An adviser to the UN or a top barrister, something like that.’

‘You don’t find barristers in kitchen sink dramas. She’d have someone who does for her.’

‘The woman that does the cleaning, fetches a bit of shopping, does the washing and ironing. Like what I do for you, but she gets paid for it.’ I fold three crackling tee shirts and place them by her notebook in the vain hope she will take them to her room.

‘That’s irrelevant. I’m thinking of opening the first act with her having to cook a dish. It was one she ate on her travels around Europe when she was young. But she doesn’t have all the ingredients.’

‘So, she goes out to the supermarket to get them and meets the bloke she lost years before?’

‘No. She has a nervous breakdown.’

‘It’s an existential play about loss.’

‘You’ve completely lost me now. I was alright up until the missing ingredients but existentials? I’ve got to peel the spuds.’

‘The missing ingredients upset her because they remind her of her first love who died. She’d met him when she was travelling, and she hasn’t got over his death.’

‘Well, don’t make the missing ingredients fish, whatever you do. You won’t connect with your audience if she’s thinking her lad is a mackerel fillet,’ but Chloe’s not listening. I snatch up the vegetables for a shepherd’s pie and start peeling.

‘Skiing. No,’ she holds her forehead with probing fingers, searching for her muse. ‘How about, he drowns in a tragic boating accident in the Aegean,’ her pen catches the words from the air before they disappear.

‘Ooh very dramatic. Is she with him when he dies?’

‘Erm. No, that’s the point. Act two is a flashback. She’s young again, I’ll need a different actress for that,’ she makes a note in the margin. ‘Anyway, they meet at the harbour, have a terrible row and he goes off on the boat without her. She never sees him again.’

‘So, you could make mackerel the missing ingredient.’

She scowls, and I imagine she’s writing act three; the moment when Ms Mirren is having a panic attack because she’s got six guests coming to dinner, one of whom is Stephen Fry, and she has neglected to order the fish starter from Ocado.

I peel an onion, then fetch the foil-covered leftovers from our Sunday lunch.

As the meat hits the oil and nestles in amongst the onions, it sends a fug of charred fragrance swirling around her head. Chloe responds with an involuntary sniff. She lifts her arms to knot her hair and throws the shadow of a horse’s pert tail on the kitchen wall.

‘What does she do then? Old Helen, when she finds the cupboard bare? Does she whizz out to the corner shop to buy a tin of tuna?’ I ask, picking meat from my teeth.

‘Now you’re being facetious, I can’t work like this,’ she huffs. It’s a teenage, drama school-induced huff while I squeeze around her chair to search for the potato masher.

‘When I find it difficult to work because someone is making my dinner, I have a nice cup of tea and relax,’ I raise my eyebrows and she closes her notebook.

The shepherd’s pie is covered with cheddar and bubbling away in the oven. We are opposite each other, blowing concentric circles on the surface of our hot drinks. I’ve changed out of my work clothes and I spread out. The kitchen is moist from recently boiled veg and the notebook is open again. It’s a recycled, organic job with gritty pages that makes it impossible to read from here.

‘What happens then? In the play?’ I ask.

‘So, the main character…’

‘Diana. Diana invites her neighbours to supper but she’s manic and it’s really awkward. She can’t stop apologising because she’s done a fig dessert and forgotten the pistachios and honey.’

‘She’d need some yoghurt with that. Did she remember the yoghurt?’

‘Mum!’ She gives me the look. It’s not one I’ve seen on my side of her family tree and I wouldn’t know about the other side.

‘Diana just gets more and more crazy. Then she finds out that one of her guests knows the island where Diana had her passionate affair.’

‘How does she find out that one of them knows the island?’

My daughter chews the button on her pen while I scan the walls looking for inspiration. A witch has visited while I was at work. There is the imprint of a hand accompanied by the mark of a cat’s paw visible on the steamed-up window. This explains the fact that the milk bottle sprung up almost weightless when I pulled it out of the fridge.

‘Diana could have a fridge magnet. A souvenir from Greece.’ I say.

‘She’s not the type to buy fridge magnets on holiday. She’d have a painting by a local artist.’

‘Yes, I suppose she would. Do you want baked beans? I fancy beans tonight.’

‘I’d better check, I don’t want to get all existential about missing beans.’ I open the cupboard, sliding tins about as if I’m playing the three cups and a ball trick.

I listen for the tone, the rise and fall, of my voice in her words.

‘No, I’m not having any of that existential angst in this kitchen, life’s too short. We’ll have peas instead. Go on then, what happens to Diana?’

‘She learns from her dinner guest that her lover didn’t die on the boat trip after all. That he already had a wife and kids on the island and was just using her.’

‘That would make you go bonkers.’

‘Yeah that’s the point. She’s been upset over her supposedly dead lover all these years and it feels like a lifetime of wasted emotion. And. And…’ she bends her head over her notebook to write and long strokes zip across the page.

I glance over the contours of her nose and cheek. At this angle it stirs a memory, but I brush it aside and wait.

’And although she kind of used the supposed tragedy to become successful in her career, she couldn’t sustain a loving relationship.’ The writing on the page slopes forward and when she looks up I see in the black pupils, the figure of a young woman standing alone on a quay.

‘I feel quite sorry for her,’ I say. I pour water into the same saucepan I used for the potatoes and set it to boil for the peas.

‘Oh, she comes to terms with it all in the end. She sees her life as fulfilled despite the wasted years mourning the man who lied to her.’

She sits back and stares into middle distance; she’s searching for the point, the theme of the play.

I know this is a rhetorical question, so I carry on straining the peas.

‘Diana in the end will forgive herself for being fooled by a scumbag, she will find someone who cares, probably one of the dinner party guests.’ The pen taps the edge of the table. ‘The bad that happens, whether it’s our fault or not, shouldn’t be allowed to ruin our future. We need to be wiser and learn from the hurt, find the positive however long it takes. Find a bridge. Get over it.’

The pen runs boundless across the page.

I smile at Chloe’s back as she becomes a study for a portrait: at the dark slick of pony tail falling luxuriantly over her shoulders and the fine hairs at her nape, black against olive skin. So different from my own northern paleness.

Standing by the stove, I think back to a time when she could fit on my knee so entirely that no limb dangled outside the hull of my lap. One night, as her head began to dip, I told her our story. I described a sea-scape of bleached sand, boats lifted and lowered by somnolent waves and the languid charms of a fisher-king. I sang her the songs we shared while our faces were lit by the bonfire on your beach. I spoke of the scent of jasmine that drifted on warm thermals above us and I told her that once, for a brief moment in time, I thought I was in love. I didn’t tell her how my letters to you over the years remain unanswered and how much I pity you for never knowing her.

I placed a photograph under her pillow as I tucked her into bed that night. There is an outline of a lean young man, face hidden by the white glare of flashlight. Sitting in front of you is me with my blonde eyelashes and salty, sun-kissed cheeks. I’m so gloriously happy the camera in my hand is out of control. When I left her sleeping the photo was curled up in her hand and yet I’ve never seen it since. And what I told her as she lay on my lap must have slipped into her ear and disappeared; the scene buried deep, hidden away amongst the overwhelming experiences of childhood. It appears that it takes a pen not a pickaxe to free gold from a seam.

My eyes sting when I open the oven door and smoky air fills the kitchen. Our daughter closes her notebook and lays the table for two.